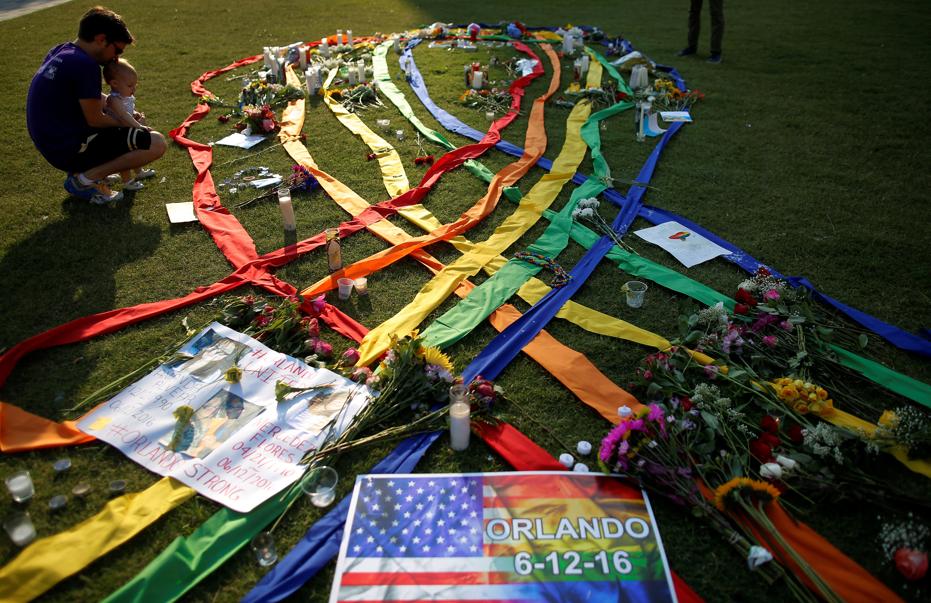 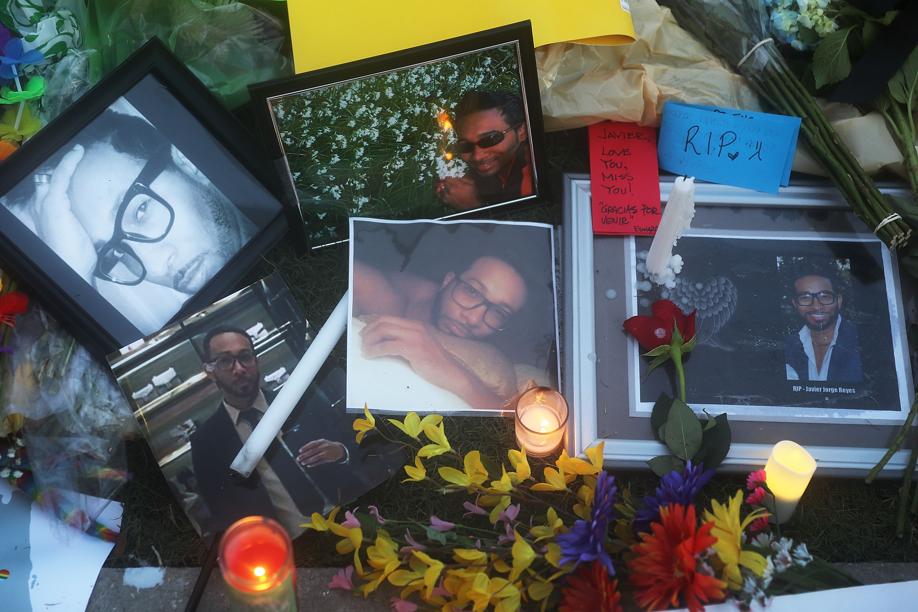 A vigil was held Tuesday in Orlando (above) while a memorial continued to grow in front of the Dr. Phillips Center for the Performing Arts. (Joe Raedle/getty images)
By Adam Goldman, Mark Berman and Matt Zapotosky
Washington Post

ORLANDO — The 30-year-old wife of the gunman who opened fire inside an Orlando nightclub is facing intense scrutiny as the FBI tries to determine whether she had advance knowledge of the massacre, according to federal authorities.

In interviews with Noor Salman, the FBI has learned that she accompanied her husband, Omar Mateen, on at least one trip to the club prior to the attack to do what a US law enforcement official described as ‘‘reconnaissance.’’

The FBI has not arrested Salman, as agents gather as much evidence as possible to determine whether she provided her husband with any assistance as he prepared for the assault at the club or had any inkling of his plan.

The focus on Mateen’s wife came as investigators continued to seek a concrete motive in the attack that left 49 people dead. Mateen, 29, said he carried out the attack because he wanted ‘‘Americans to stop bombing his country,’’ according to a witness who survived the rampage and heard the shooter make a 911 call.

Mateen made at least one other phone call during the standoff to an acquaintance in Florida, according to two US law enforcement officials. It’s unknown what Mateen told that person.

A second US law enforcement official said that investigators recovered Mateen’s phone, which they were able to access. The official said it was not an iPhone.

Obama, speaking after a meeting with his National Security Council, also said that the investigation has not turned up any suggestions that the gunman was directed by a foreign terrorist organization.

‘‘It is increasingly clear, however, that the killer took in extremist information and propaganda over the Internet,’’ said Obama. The president said that the Islamic State has made its propaganda ‘‘pervasive and easily accessible’’ and that it appeared the shooter in Orlando ‘‘absorbed some of that.’’

Vice President Joe Biden, speaking at an event in New York, suggested Tuesday that the investigation had shown that the incident was ‘‘more straightforward’’ than it initially appeared.

‘‘We are getting to the bottom of this, and it’s becoming clearer and more straightforward than a lot of us even thought,’’ said Biden, who had attended a national security meeting before the event. He did not elaborate.

The bloody siege left more than 50 people injured. Mateen died in a shootout with police after law enforcement decided to end the standoff three hours into the attack.

The FBI has said it was also exploring whether antigay bigotry prompted the attack on the popular gay nightclub. Adding another dimension to the probe, at least two witnesses at Pulse said Mateen had previously visited the gay nightclub. They also said they had seen him on Jack’d, a dating app for gay men.

The bureau was also facing questions over whether it missed warning signs during a 10-month probe of the shooter that ended two years before the massacre.

During that investigation, the gunman had been placed on a terrorism watch list. His wife, Salman, had apparently never come to the attention of the FBI.

The first US law enforcement official said the wife warned Mateen not to carry out the attack, apparently as he was leaving Saturday night for Orlando. The official said the couple surveilled the club between June 5 and June 9. FBI officials said Mateen bought the guns in early June.

The FBI investigated Mateen beginning in 2013, putting him under surveillance, recording his calls, and using confidential informants to gauge whether he had been radicalized after the suspect talked at work about his connections with Al Qaeda and dying as a martyr.

It was during this probe, which ended in 2014, that Mateen was placed on a terrorism watch list. After the FBI closed its preliminary investigation into Mateen in 2014, his name emerged months later in a separate probe, this one looking into a Florida man who became the first American suicide bomber in Syria. Investigators said they did not find any significant ties between the two men who attended the same mosque in Fort Pierce, Fla.

The night of the shooting, Patience Carter, 20, said she heard the gunman explain his motivations during a 911 call in which he also pledged allegiance to the leader of the Islamic State.

At one point, while Carter was in the club bathroom with several other hostages, she said the gunman asked if there were any black people in the room. When one man said yes, the shooter said, ‘‘You know I don’t have a problem with black people,’’ Carter recalled during a news conference. ‘‘This is about my country,’’ Mateen said. ‘‘You guys suffered enough.’’

These comments further add to the uncertainty regarding what may have inspired the gunman, who was born in the United States to parents from Afghanistan.

At various points, Mateen has also invoked opposing militant groups such as Al Qaeda and Hezbollah.

PREVIOUS ARTICLE
Article 24 of 139
NEXT ARTICLE