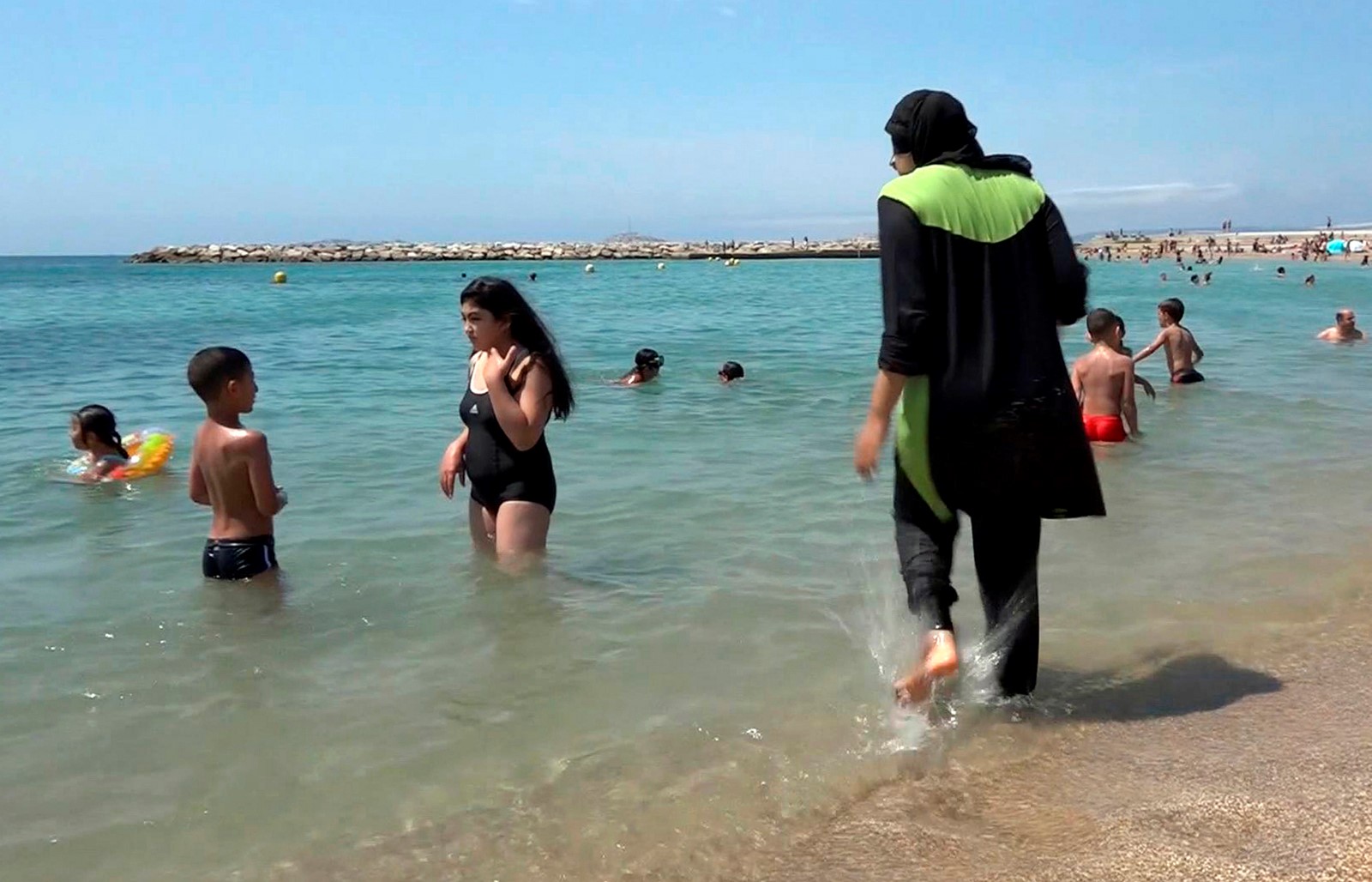 Nissrine Samali, 20, right, gets into the sea wearing a burkini, a wetsuit-like garment that also covers the head, in Marseille, southern France, in 2016 THE ASSOCIATED PRESS

While worn by only a small number of people in France, the head-to-ankle burkini draws intense political debate in the country.

Interior Minister Gerald Darmanin hailed the ruling by the Council of State as a “victory for secularism.” Some Muslim women decried it as unfairly targeting their faith and their bodies, and based on outdated misconceptions about Islam.

The city of Grenoble, led by a mayor from the Greens party, voted last month to allow women to wear burkinis in public pools after campaigning by local activists. The city also voted to allow women to swim topless, as part of a broader relaxation of swimwear rules.

The prefect, or top government official, for the Grenoble region blocked the burkini decision, arguing it ran counter to France’s secular principles.

The Council of State upheld the prefect’s move Tuesday, saying in a statement that the Grenoble vote was made “to satisfy a religious demand” and “harms the neutrality of public services.”

The ruling was the first under a controversial law, championed by President Emmanuel Macron, aimed at protecting “republican values” from what his government calls the threat of religious extremism.

Clothing rules in public pools in France are strict, for what authorities say are reasons of hygiene: caps are required, and baggy swim trunks or other voluminous clothing is generally banned. Wetsuits are not allowed in many pools too, as are some sun-protection suits.

A few other cities and towns allow burkinis in public pools. The city of Rennes is among them, but its decision was aimed at loosening swimwear rules and not based on religious reasons.

The Grenoble mayor argued that women should be able to wear what they want and express their religious conviction in pools like in the street. Opponents of the burkini — who include local officials from the far right but also the left — argued that the swimwear represents the oppression of women and a potential gateway to Islamic radicalism.

Six years ago, the Council of State struck down a local burkini ban, amid shock and anger after some Muslim women were ordered to remove body-concealing garments on French Riviera beaches.

Grenoble’s decision about swimming topless has not been threatened in the courts.

PREVIOUS ARTICLE
Article 5 of 168
NEXT ARTICLE