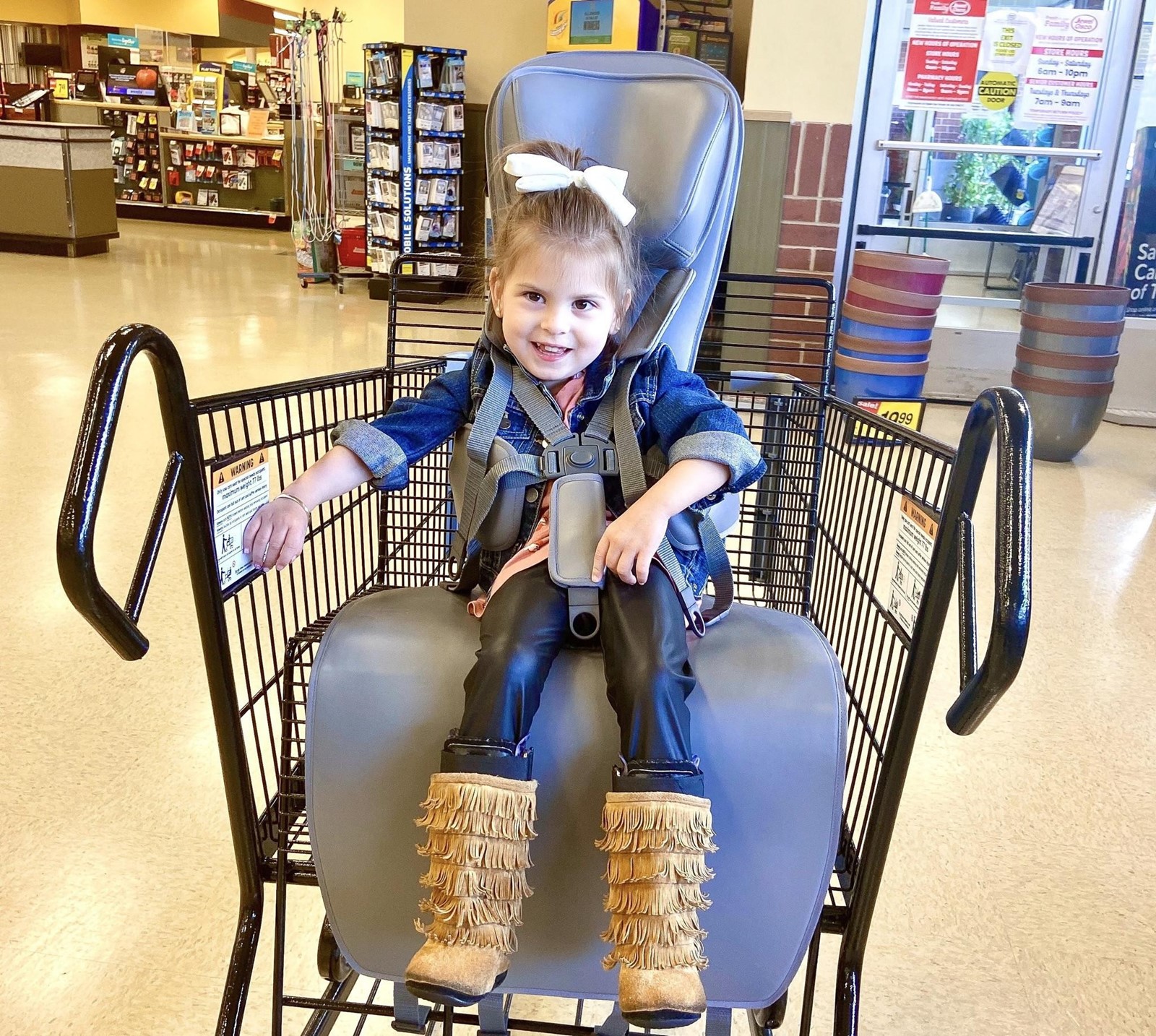 Nicole Zwiercan was pleasantly surprised that all she had to do was reach out and ask to find people who were willing to help for a worthy cause in the southwest suburbs.

The 2018 Mrs. USA Universe winner is a Homer Glen native who recently moved back to her hometown and was looking to make a difference through during the pageant.

Zwiercan chose to be an advocate for families living with special needs after her daughter, Ashlynn, 2, was diagnosed with cerebral palsy shortly after birth.

Her daughter has trouble controlling her body because of the syndrome, and Zwiercan soon realize how difficult it was to take her shopping because of the lack of adaptive devices.

The carts are essential for parents whose children’s bodies need to be supported while riding in the shopping cart.

The cart is widely used in the UK and was made available in the U.S., according to a 2016 announcement by the company. But the GoTo is still not widely available in this country, Zwiercan said.

The cart costs about $600 and Zwiercan started calling local grocery stores asking if they would consider offering it.

“Jewel didn’t have a special needs shopping cart at all,” Zwiercan said.

But she said managers there were more than willing to help by first clearing it with the corporate office and then ordering one.

“Jewel-Osco prides itself on listening to our customers and making their shopping experience enjoyable,” said Mary Frances Trucco, Jewel-Osco spokeswoman. “We’re pleased that the GoTo cart is currently in our Homer Glen store and available if needed.”

The cart was delivered in early May, but Zwiercan said employees had somewhat of a hard time finding it when she requested it during her visit a few days later.

The store’s manager, Craig Fisk, said the cart is set aside so it’s not used by someone who doesn’t need it. He said there is a sign stating that the cart is available and front desk employees will be able to assist.

Zwiercan is hopeful that more employees will become aware of the cart and be able to easily assist parents.

She said parents already have been reaching out to her and said one woman from Orland Park told her she would now shop at the Jewel in Homer Glen so she can use the cart for her son with special needs.

Jewel-Osco purchased its own, so Zwiercan hopes another cart can be donated to another local store. She is hopeful the cart will soon be available at several local stores, including Meijer and Target.

Zwiercan seeks feedback for her efforts through social media and said anyone can email her at .

PREVIOUS ARTICLE
Article 2 of 69
NEXT ARTICLE