Start-up is a sweet endeavor

Marcus J. Freeman, a self-taught pastry chef, is preparing to celebrate the first anniversary of the opening of his family’s South Holland-based Signature Sweets Factory 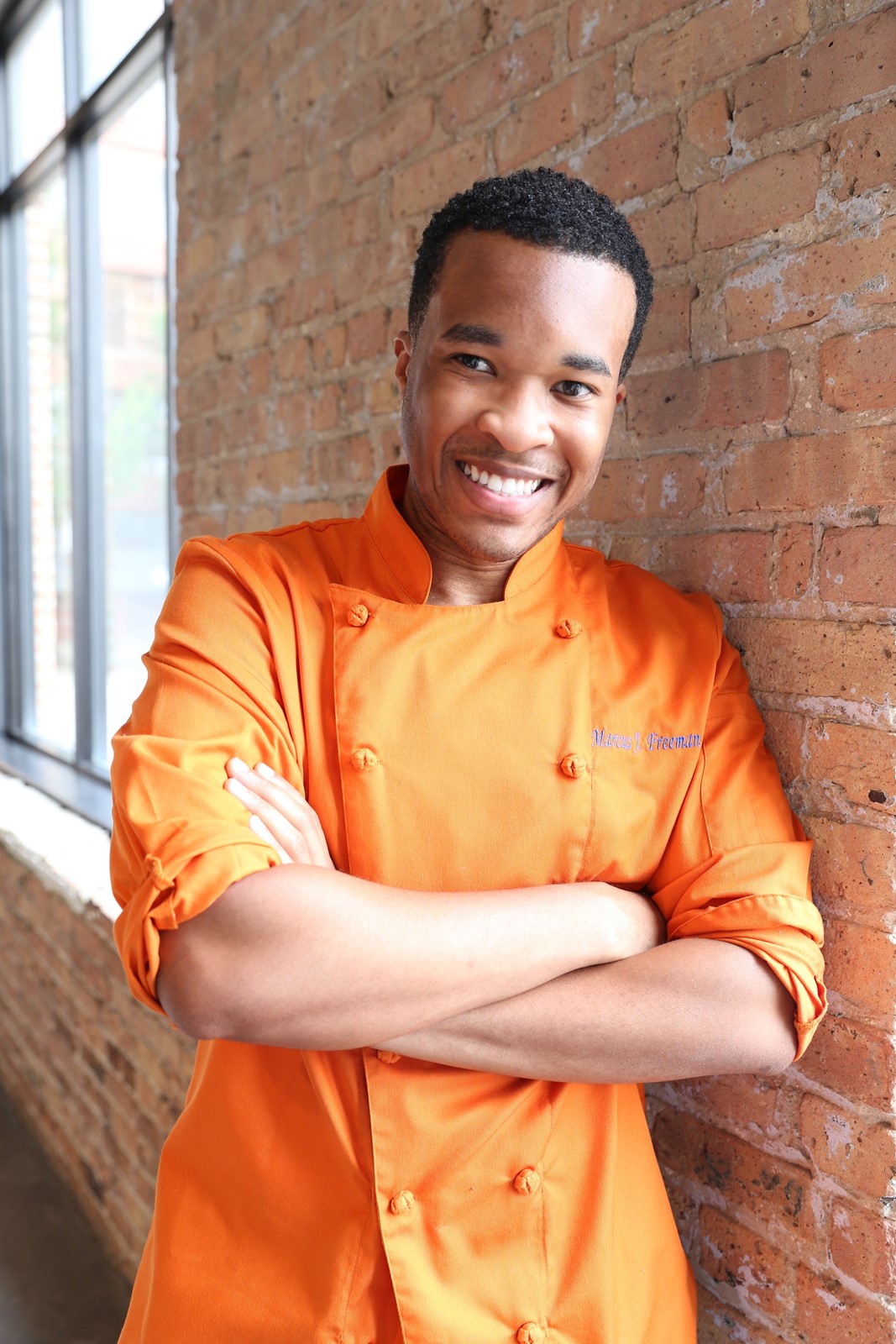 s a youngster, Marcus J. Freeman enjoyed cooking for his family. At 16, he was bringing in homemade cupcakes and other dessert creations for co-workers to sample and critique at the retail store where he worked.

Now, 23, the self-taught pastry creator is preparing to celebrate the one-year anniversary of the opening of his family’s South Holland-based Signature Sweets Factory by Marcus J in May. His gourmet butter cookies and Signature cake jars are sold in four Mariano’s stores in Oak Lawn and Chicago, and will soon be sold in Pete’s Fresh Market stores, he said.

Freeman’s variety of homemade offerings include brownies, cookies, cupcakes, ice cream, sherbet and cakes. Among his specialty cake flavors are apple pie cake — a vanilla bean cake with pie crust, apple pie filling and caramel frosting; and hot chocolate cake. The chocolate cake is filled with chocolate pudding and marshmallow frosting and meant to be heated up and eaten like a molten lava cake.

“I love to eat,” Freeman said, when asked what drives him. “I’ve always liked to cook. I would make things up at home.”

As for his venturing into desserts, “I started with cupcakes,” he said. “I taught myself.”

From there he moved on to designing wedding cakes and other special-event cakes and decorating sweets tables.

Freeman, a graduate of Thornwood High School in South Holland, said his pastry skills were learned through reading books and watching YouTube. He also has taken classes, and he will be traveling to Europe this year for about three weeks to participate in pastry and other cooking classes there.

His first wedding cake was four tiers and served more than 300 people. Even though he’d never made a wedding cake before, the request didn’t intimidate him.

“I studied and crash-coursed on how to decorate it,” he said. “It came out a success.”

Signature Sweets, which Freeman runs with help from his mom, dad and other family members, initially operated out of his parents’ South Holland home. Later, he said, they rented space at a shared commercial kitchen as word-of-mouth helped the business grow. Demand eventually reached the point where they realized they needed their own commercial kitchen space, which led to the opening of the bakery cafe in South Holland.

His mom, Marilyn Freeman, who calls herself the “mamager” — her word for mama and manager, helps schedule events. His dad and other family members also help with product displays and tastings in Mariano’s stores to help drive sales.

The culinary creations are Marcus’ domains.

Signature Sweets has provided desserts for DuSable Musuem’s annual A Night of 100 Stars fundraiser, the American College of Surgeons and Xavier University of Louisiana. His culinary work also was featured on Lifetime TV, Marilyn Freeman said.

Marcus Freeman said he landed space in Mariano’s stores after participating in a competition. Someone who saw his desserts at the DuSable event — a gala that featured 2,500 desserts — referred him for the opportunity.

Freeman has been invited to appear on the Food Network, but his business demands and scheduling conflicts have prevented him from taking advantage. He hopes to eventually do so, Marilyn Freeman said. She added that in December, when R&B group Xscape performed at United Center, he prepared a cake for singer Tamika Scott, which she posted on social media, generating more than 79,000 views.

Signature Sweets employs a staff of seven and operates Tuesday through Saturday. The start-up projects its first year sales will be $75,000, Marilyn Freeman said.

As for his long-term goals, Marcus Freeman said he’d “would love to have two or three more locations and be in more grocery stores. I’d like to grow to $500,000 in sales and eventually over $1 million.”

Freeman believes the key to being successful is focusing on flavor and quality and never neglecting customer service.

“If someone goes to a restaurant and has amazing food but gets terrible customer service, they would never go back, but if the food is great and customer service is great, they will keep coming back,” he said. “Here, we put a very high focus on how you treat the customer. They must be treated like family and warmly welcomed.”

It sounds like this young entrepreneur has the recipe for success.

PREVIOUS ARTICLE
Article 2 of 71
NEXT ARTICLE