Zoom! A language is born

Amid the pandemic, many scientific words, new words, repurposed words enter into everyday use 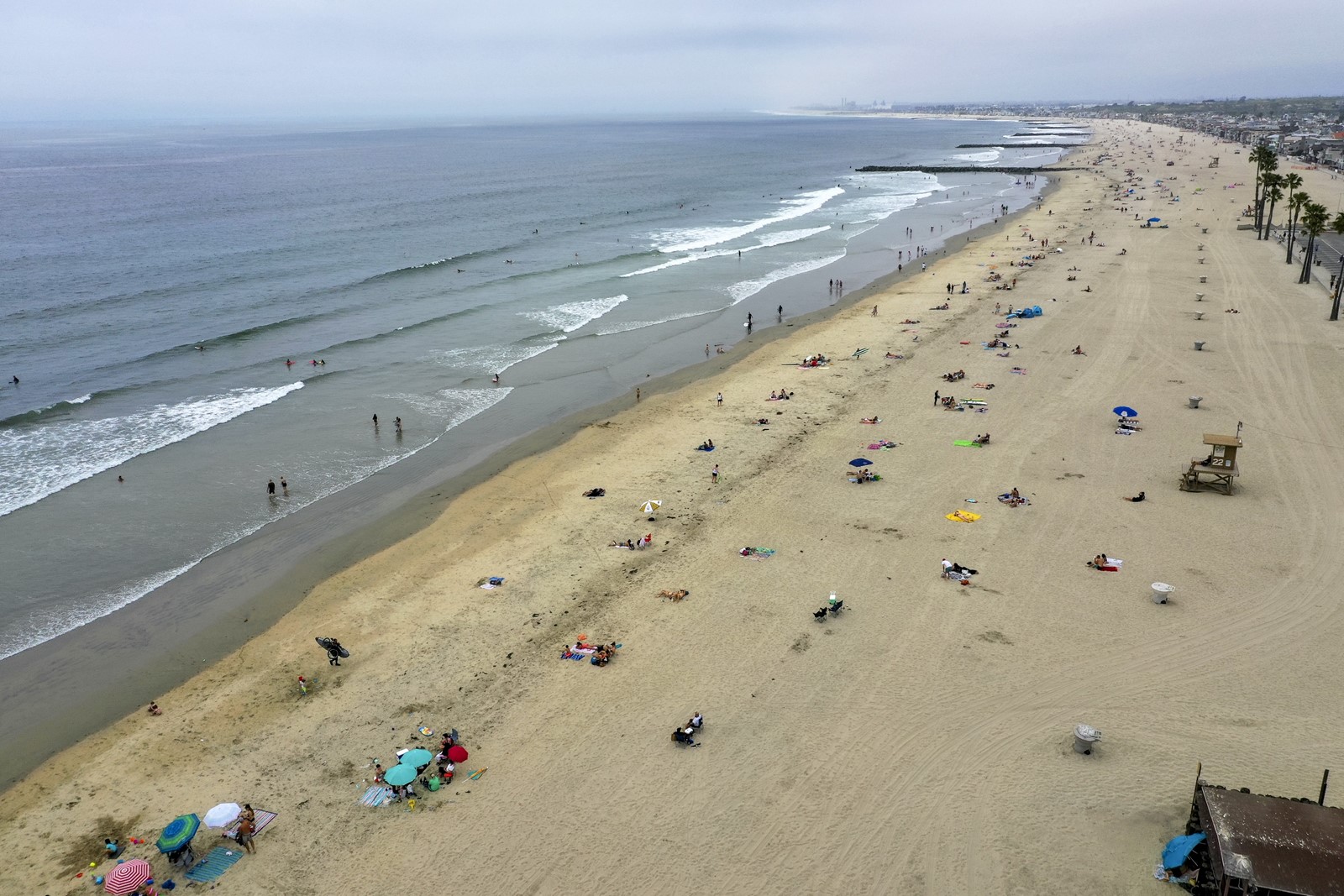 The global pandemic has changed every aspect of our lives — how we work, how we socialize, how we dress. And without us even noticing, it also has changed how we talk.

As 2020 comes to a close, many of us find ourselves fluent in a new language that would have been nearly indecipherable just one year ago.

If we mention having a “socially distanced” picnic with friends, we can safely assume the listener knows we all stayed at least six feet apart and did not share food or drinks.

You don’t have to be a public health official to wonder when your state will “flatten the curve,” and thoughtful folks now talk about going into “self-isolation” after learning they were exposed to the virus.

Does anyone still need to look up the abbreviation PPE?

It’s no surprise that the tremendous change wrought by the pandemic was instantly reflected in our vocabulary — our new reality demanded new words to process and describe the cataclysmic shifts around us.

Of course, the English language is always in flux, but linguists and lexicographers say this year has been especially noteworthy for the sheer volume of words that have rapidly entered into daily use.

“It’s the global aspect of this that’s so mind-blowing,” said Fiona McPherson, a lexicographer and senior editor of the Oxford English Dictionary. “All of us have been affected by the pandemic, at least indirectly. So we’re all having these conversations and using the same type of language.”

Many of the words we use to discuss life in 2020 have been around for decades. But in this year, when all of us have become budding epidemiologists— weighing the risk of shopping trips, tracking hospitalization rates — those words jumped from the restricted domain of hospitals and research labs to home, Zoom calls and texts.

“Even the word ‘coronavirus’ isn’t new, but most of us weren’t paying attention,” said Anne Curzan, a linguist at the University of Michigan. “ ‘Pandemic.’ ‘Quarantine.’ These are not new words, but they are newly prominent to us.”

There was only one entirely new pandemic-related word entered into the Oxford English Dictionary this year: COVID-19. It’s an abbreviation of “coronavirus disease 2019” and was coined on Feb. 11 in a report by the World Health Organization.

It didn’t take long before this never-before-seen word was smushed together with others to create hybrids like “pre-covid,” “post-covid” and “covid fatigue.” It even mutated into an insult: “covidiot.”

(As a nerdy, wordy aside: Linguists and lexicographers are interested in how different publications write this new word. The L.A. Times uses “COVID-19,” while the New England Journal of Medicine prefers “Covid-19.” Some drop the 19, and at least one word enthusiast wonders if it should actually be written “CoViD-19” because it’s an abbreviation.)

Nonmedical words and phrases also pepper our speech with greater frequency. The phrase “grim milestone” was used 47 times more often in 2020 than in 2019, according to the NOW corpus, which catalogs 6 million to 8 million words from online newspapers each day.

The word “unprecedented” was used twice as frequently in the same time period.

“Pod” took on a new meaning too, used to describe a group with which one remains in quarantine. (In England, they call this a “bubble.”) And though it’s hard to remember when we were not so reliant on videoconferencing, “Zoom” means something entirely different to almost all of us this year.

Zoom became so ubiquitous that the American Dialect Society named the phrase“You’re muted” as its Zoom-related word of the year.

“Doomscrolling,” the act of obsessively scrolling through the ceaseless cascade of bad news on social media, originated in 2018, according to McPherson. However, it really took off in mid-2020, when it was used 10 times more frequently by the news media than in the first half of the year.

And while “superspreader” has been around since 1973, it hit its zenith in October thanks to the spread of COVID-19 cases emanating from the White House.

Of course, it wasn’t just the pandemic that affected language in 2020. Nationwide protests in the wake of George Floyd’s death at the hands of police, and a growing awareness of the vast economic and health disparities between racial groups, also had an effect. The phrase “Black Lives Matter” was used 27 times more frequently in June than just one month earlier, according to the NOW corpus, while the word “antiracist,” showed up eight times more frequently in June than in May.

The COVID-19pandemic is not the first health crisis to leave its stamp on popular vocabulary. The AIDS/HIV epidemic introduced the word AIDS, of course, but also put “T cells” on the map and gave us “patient zero” to denote the first carrier of a communicable disease in an outbreak . (As it turned out, the man originally identified as patient zero in the American AIDS epidemic was exonerated by scientists in 2016.)

“Typhoid Mary,” defined as anyone who spreads something undesirable, dates to the early 20th century, when the real-life Mary Mallon, an asymptomatic carrier of Salmonella typhi, unwittingly transmitted the disease to dozens of people in her role as a domestic cook in New York.

Social movements also alter language, although often on slower time scales than earth-shaking events, said Roger Kreuz, a psycholinguist at the University of Memphis. Cultural shifts in thinking around gender identity, for instance, have led to mainstream use of words such as “cis,” short for “cisgender,” which means a person whose gender identity is the same as their sex as assigned at birth, and “nonbinary,” meaning someone who does not subscribe to the traditional gender binary of male or female.

But whether the current pandemic will have a lasting effect on the English language is still up for debate.

“Words become fashionable in a moment, but fashions get replaced,” Curzan said.

She expects that COVID-19 will stick around in the same way that 9/11 did — a stark summation of a specific moment in time. Playful words, such as “quarantini” and “maskne,” will quickly fade away.

As for word combinations that rose to prominence this year — Zoom bombing, contactless delivery, curbside pickup, remote learning — their staying power depends on whether those practices continue beyond the pandemic’s end, she said.

But even if much of this year’s vocabulary does recede from popular consciousness, the words we used in heavy rotation this year will continue to signify this strange period, just as “groovy” evokesthe 1960s and “leg warmers” the ‘80s.

If 10 years from now, you watch characters in a film discussing drive-through testing, or podding up with friends, chances are you will instantly remember this time.

On a recent Monday evening, more than 300 members and friends of the American Dialect Society gathered over Zoom to pick the word of the year — an annual event the group playfully calls the “WOTYs.”

The society has been going through this exercise for 30 years, and members have learned over time that while they occasionally pick winners — “tweet” in 2009 — they have also been known to select duds with little staying power, as in 2000’s “chad.”

This year, “anitracism,” “Before Times,” “BIPOC,” “Blursday,” “pandemic,” “Zoom” and “covidiot” all made the list of nominees, but two front-runners emerged as the embodiment of months of chaotic events and despondent feelings.

Arguing for “2020,” Dennis Preston, a linguist at Oklahoma State University, said it did the best job of covering all the challenging elements of the year — the high-stakes politics, the wildfires and the pandemic.

But Sonja Lanehart, a linguist at the University of Arizona, disagreed. Her vote was with “Covid.”

“This has been the year of ‘Covid,’ ” she said. “ ‘Covid’ has changed our lives, and that one word captures more than just the virus.”

There was a runoff and “Covid” (minus the “19”) won. It appears the word, like the virus, will be with us a long time.