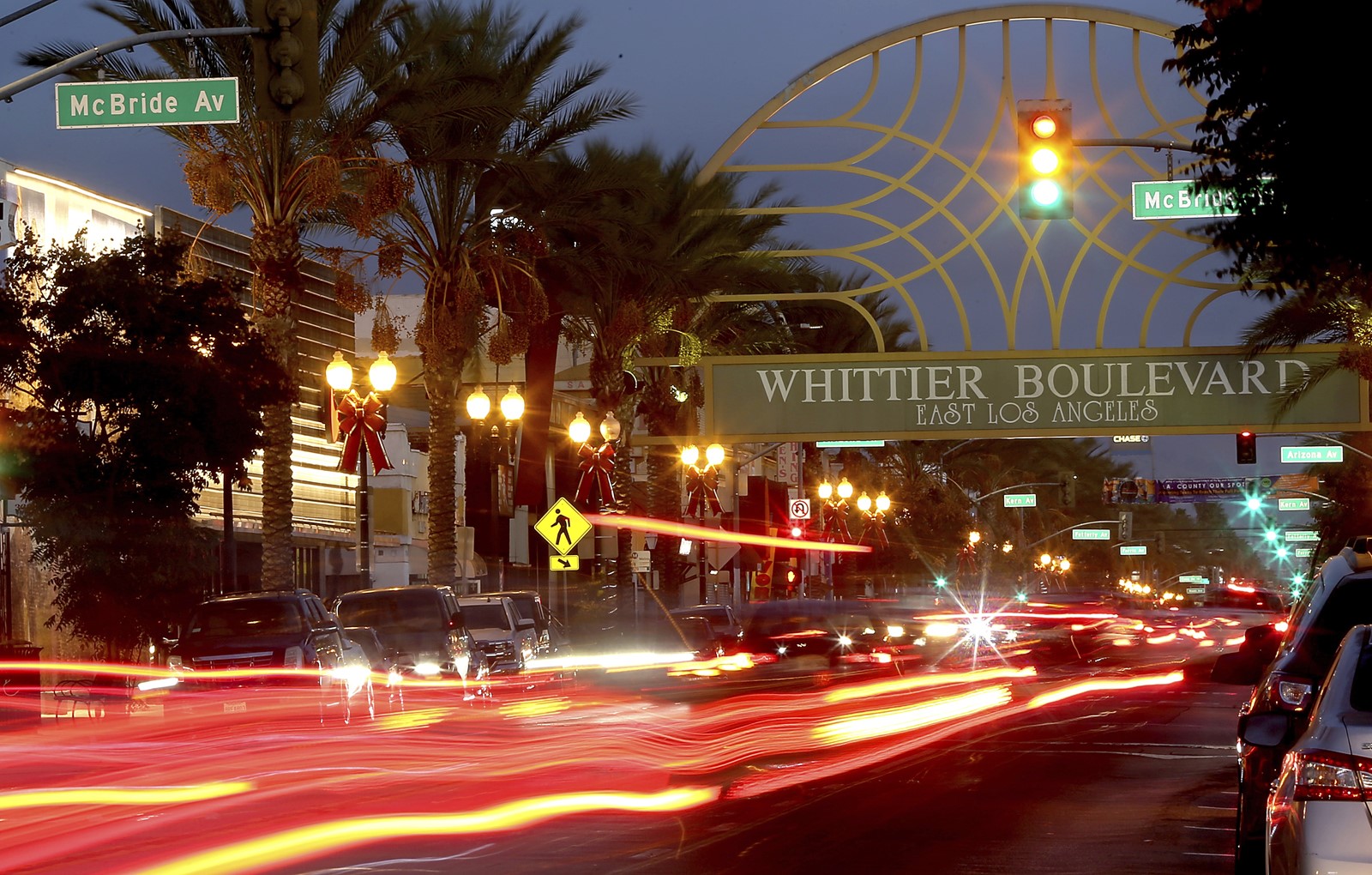 If the nascent campaign to realize a long-held dream of municipal independence for East Los Angeles gains steam, it would be at least the fifth organized attempt over the last 60 years to achieve what many communities have long enjoyed in the L.A. urban region: local control and political representation.

The most recent attempt at cityhood for East Los Angeles failed in 2012. But this time, community leaders are aiming for something that might be more attainable: a “special district” designation for the nearly 7.5-square-mile unincorporated area.

East L.A.’s bid to be a special district follows a well-established political tradition in Southern California.

What most people refer to as “Los Angeles” is really a jigsaw puzzle of 88 incorporated cities that compete for resources with financially strapped cities such as Los Angeles and Long Beach. When Lakewood incorporated as an independent municipality in 1954, it won the right to selectively contract vital services — such as road maintenance, law enforcement and libraries — at cut-rate prices without having to contribute to general county funds.

That approach to self-governance became known as the Lakewood Plan and provided a model that many communities in the greater L.A. region have adopted to secure political representation and local control over local revenues. La Cañada-Flintridge and Calabasas are two of the many cities that have taken this route. The plan’s legacy is not necessarily positive; its benefits have not been afforded equally, and it has compromised a sense of civic unity in the L.A. region.

It has also created islands of unincorporated territory, like East Los Angeles, which has been vulnerable to the placement of unwanted infrastructure — including such disruptive projects as freeways and toxic-waste facilities. Activists such as the Mothers of East L.A. have successfully fought off proposed prison construction there.

The approximately 125,000 residents of East Los Angeles are largely Latino, and they are represented by only one local government official: L.A. County Supervisor Hilda Solis, who has roughly 2 million constituents.

Since a local Chicano civil rights movement took shape there in the 1970s, calls for the liberation of the barrio have invoked the vexed histories of the Spanish takeover of Indian lands, the U.S. invasion of Mexican territory and the bulldozing of Mexican American neighborhoods. Land loss and displacement have been central to Chicana and Chicano activism, making East L.A. a symbol of local aspirations toward community self-determination.

A measure of independence for East Los Angeles would help legitimize its importance as a culturally vibrant center of Mexican American art, music, food and political activism. Today, its neighborhoods are mobilizing to resist gentrification as it raises local costs of living and threatens affordable housing. But East L.A.’s unincorporated status provides residents with little means of resisting the incoming tide of wealth and its baneful effects. They have no voice in L.A. city government, no representatives to press their case and no mechanism for self-governance.

The special district designation would set up a form of local government — run by an elected board — that would provide leadership absent under the status quo. The nearly 100 special districts in L.A. County were created by public referendum, through petitions, hearings and voting by local residents. It is not yet clear what path East L.A. community leaders would follow.

Although East L.A. modeled unparalleled racial and ethnic diversity in the early 20th century, its identity crystallized in the late 1960s and early 1970s, when the area emerged as the nation’s largest Spanish-speaking barrio, home to the largest concentration of people of Mexican origin outside of Mexico City. The barrio is the product of many forces: redlining in the 1930s, urban removal from Chavez Ravine and Bunker Hill in the 1950s, highway construction and white flight in the 1960s, and Mexican immigration to Los Angeles after 1965, when the Immigration and Nationality Act abol-ished the quota system by national origin.

Despite the hometown pride in East L.A., many obstacles have impeded its municipal incorporation. A lack of organizational and fiscal resources has stymied local efforts, confirming skepticism in some quarters that the area lacks the economic strength to support cityhood. A history of absentee ownership has also dampened local enthusiasm for local control. Corruption scandals at the local level over the last 15 years — in Bell, Vernon, Commerce and Montebello — have helped undermine support for local governance.

Then there is the Local Agency Formation Commission, an agency that decides annexation and incorporation cases across L.A. County. The powerful entity is largely unaccountable for its rulings on who gets to incorporate and who doesn’t. Its L.A. County office has yet to support cityhood for East Los Angeles. Since the commission’s 1963 founding, its rulings have helped fragment the greater L.A. region that is segregated by race and class, with insulated communities of suburban homeowners and underserved islands of unincorporated county land.

The pursuit of cityhood for East Los Angeles has been hampered by internal community divisions between renters and absentee landlords and such factors as citizenship, income, educational level and language. But the community’s legacy of activism and cultural vitality and its distinctive history underscore the significance of its almost 7.5 square miles — and continue to inspire local efforts to incorporate.

The campaign for special district status would allow East L.A. to inch closer to the right of self-determination afforded to so many other Southland communities. East L.A. has been the neglected stepchild of urban development in Southern California. Its list of grievances is lengthy, and if history is any guide, it will continue to push for cityhood until its dream of independence is realized.

Eric Avila is a professor in the departments of History and Chicana/o and Central American Studies at UCLA. His latest book is “The Folklore of the Freeway.”