This project, housing 4,500 students in windowless rooms, ignores their physical and emotional well-being 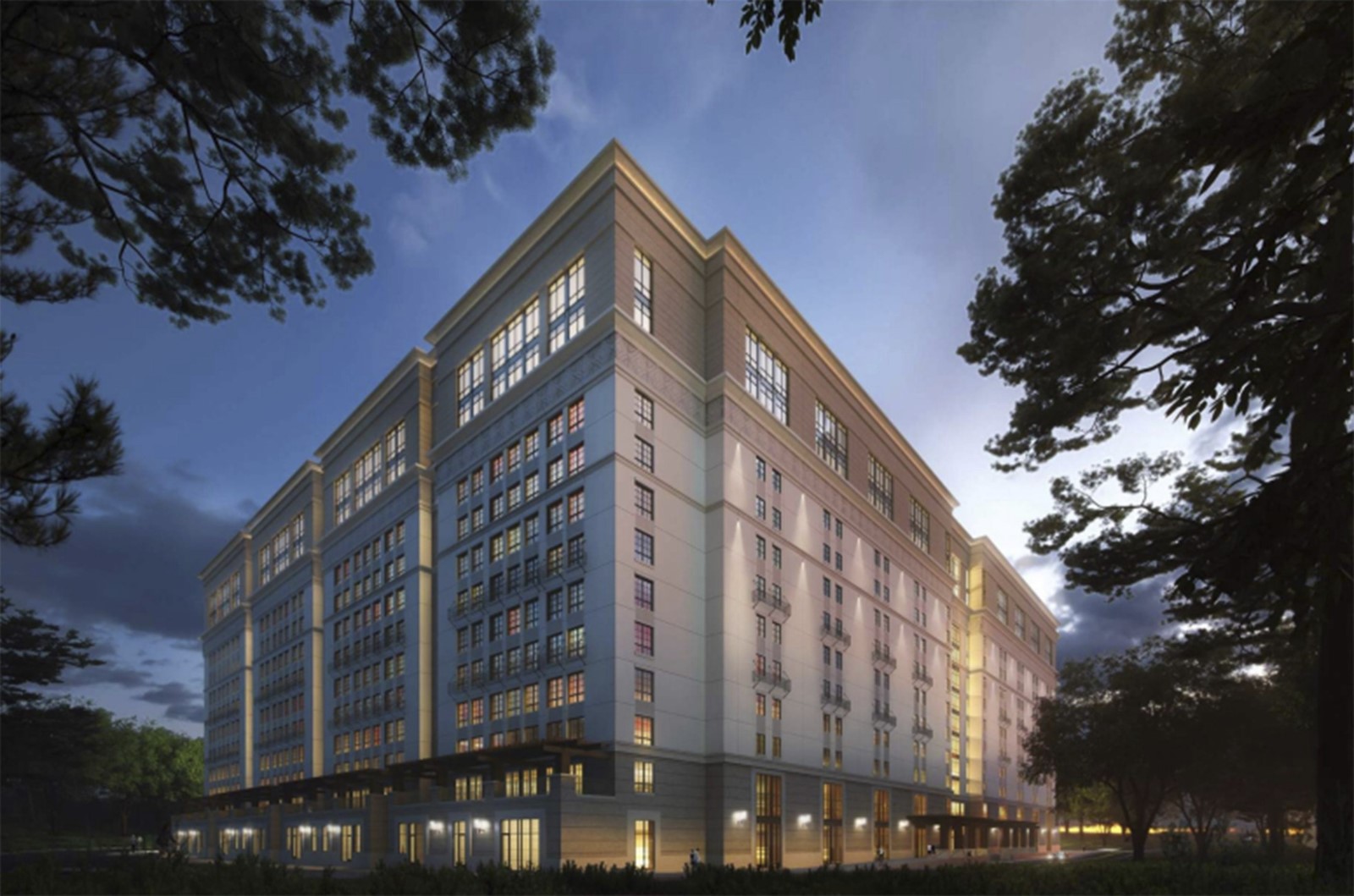 UC Santa Barbara has embarked on the development of a massive dormitory to house 4,500 students in a single, 11-story building. The project is being funded by a donor, Charles Munger, who is solely determining the design — notable not only for its extreme density but for its windowless bedrooms.

Like many architects, I have devoted my professional life to making buildings and places that try, incrementally, to improve our physical environment. Those of us who have had the privilege of working on college and university campuses also know the responsibility of balancing new with old, as well as aspirations with available funding. Student housing on campuses, like housing in general, carries the added responsibility to make places where life can unfold in multiple ways, places of emotional refuge that raise the spirit and dignify the individual.

Munger Hall is not one of those places. Each floor would house 512 students in a rectangle 20% larger than the entire field area of Dodger Stadium. This 1.68 million-square-foot building — with only two entrances — attempts to engineer social experiences by creating communal living rooms for groups of 64 students at the perimeter of the building while relegating the eight-person living units to the interior. These environments are sealed; there are no exterior windows in 94% of the single-occupancy bedrooms.

For students assigned to bedrooms in the center of the building, the experience would be comparable to living at second base and being forced to walk to the center-field wall to find out if it’s cloudy outside. Or, another analogy: living in a janitor’s closet buried in the center of an Ikea warehouse, with the closest window somewhere back at the entrance.

Windowless bedrooms are not an innovation. The New York Tenement House Act of 1901 was put in place in response to the unhealthy living conditions of the poorest residents of Manhattan and Brooklyn, where some 350,000 dwelling spaces existed without any opening to outside light and air. The act outlawed windowless quarters; modern building codes that evolved from it still require windows for natural light and ventilation to all habitable rooms.

The California Building Standards Code, though, allows building owners to apply for “Alternate Method of Compliance,” which in this case means using mechanical ventilation and electric lighting as a substitute for windows.

For most owners, this alternative would not be approved for housing. UC Santa Barbara, however, like each UC campus, is essentially its own building department. The campus can, with approval from the UC Board of Regents, make its own determination.

The real innovation of Munger Hall is that it exploits this provision in the building code — as some would exploit a loophole in tax law — and applies it at an unprecedented size and density.

The result is a packing of windowless living units, some up to 200 feet — two-thirds the length of a football field — from a view to the outside world.

What will be known as the largest college dorm in the world ignores research-based evidence identifying natural light, air and views of nature as necessary to our physical and emotional well-being, as well as basic principles of environmental sustainability. This total reliance on energy-consuming artificial environmental systems, 24 hours a day, 365 days a year, also means that the building is not passively habitable: In the event of a power outage, the entire building — all 4,500 residents — would have to be evacuated.

Munger Hall is an answer to the housing shortage and growth pressures currently facing the university. It is also an alien and destructive presence out of tune and out of scale with the rest of the campus. Worse, the building is a misguided experiment that will affect the health and safety of multiple generations of undergraduates who will be forced to negotiate the design’s gross miscalculations and unintended consequences — long after the story of how and why it came to be is forgotten.

But it is not built yet. Contrary to the perception being projected by the university and the donor, approval hurdles remain: an environmental impact report, review by the California Coastal Commission and review by the Board of Regents. Opportunities exist for public review and comment. The project will also come under further scrutiny by the campus fire marshal and building code compliance officials.

It’s not too late for the university and the leaders of the UC system to choose a better approach to student housing than the dangerous design of Munger Hall.

Dennis McFadden is an architect in Los Angeles and was a member of UC Santa Barbara’s design review committee for 15 years. He resigned from the committee in protest over the Munger Hall project.