Latest plight of the condor 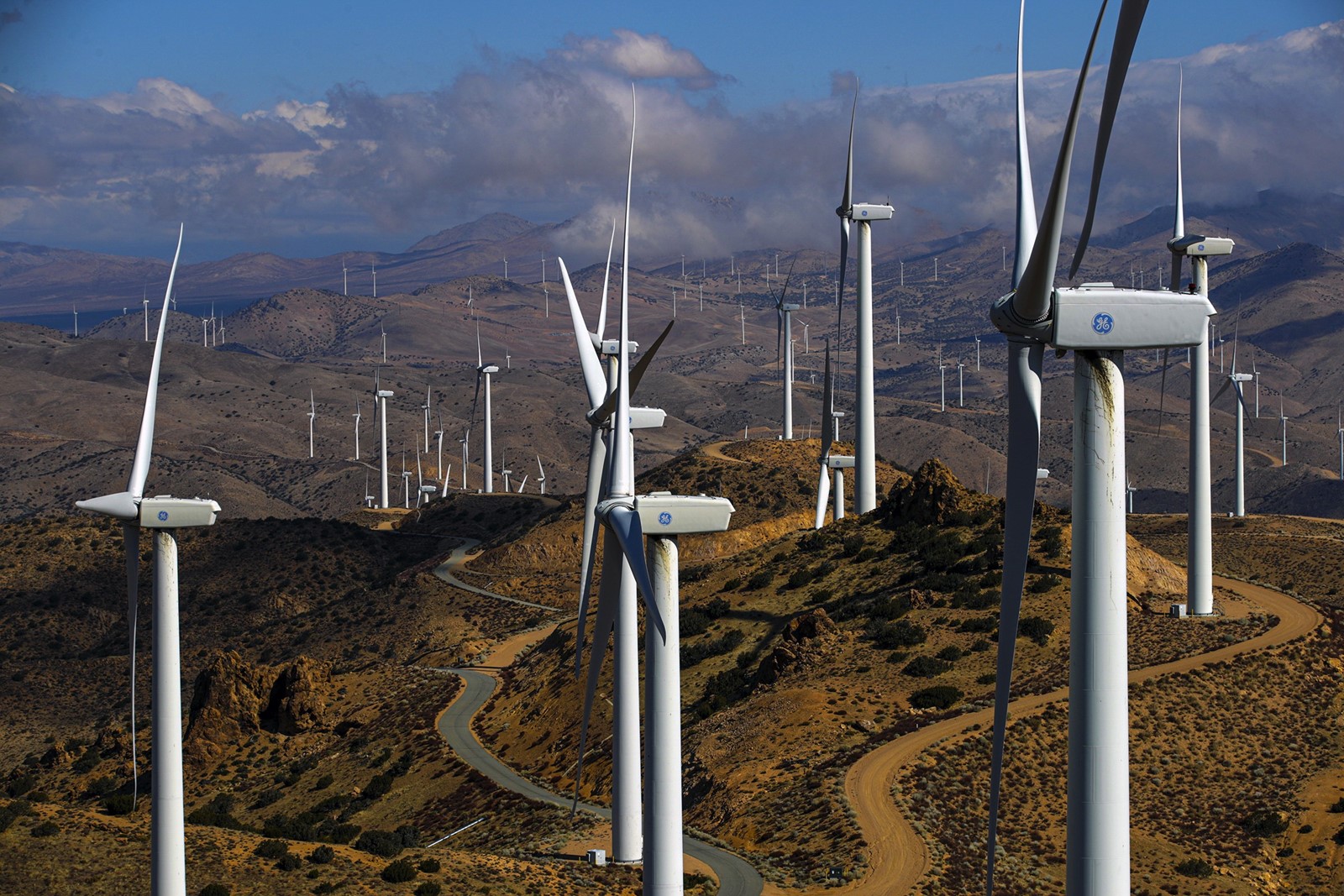 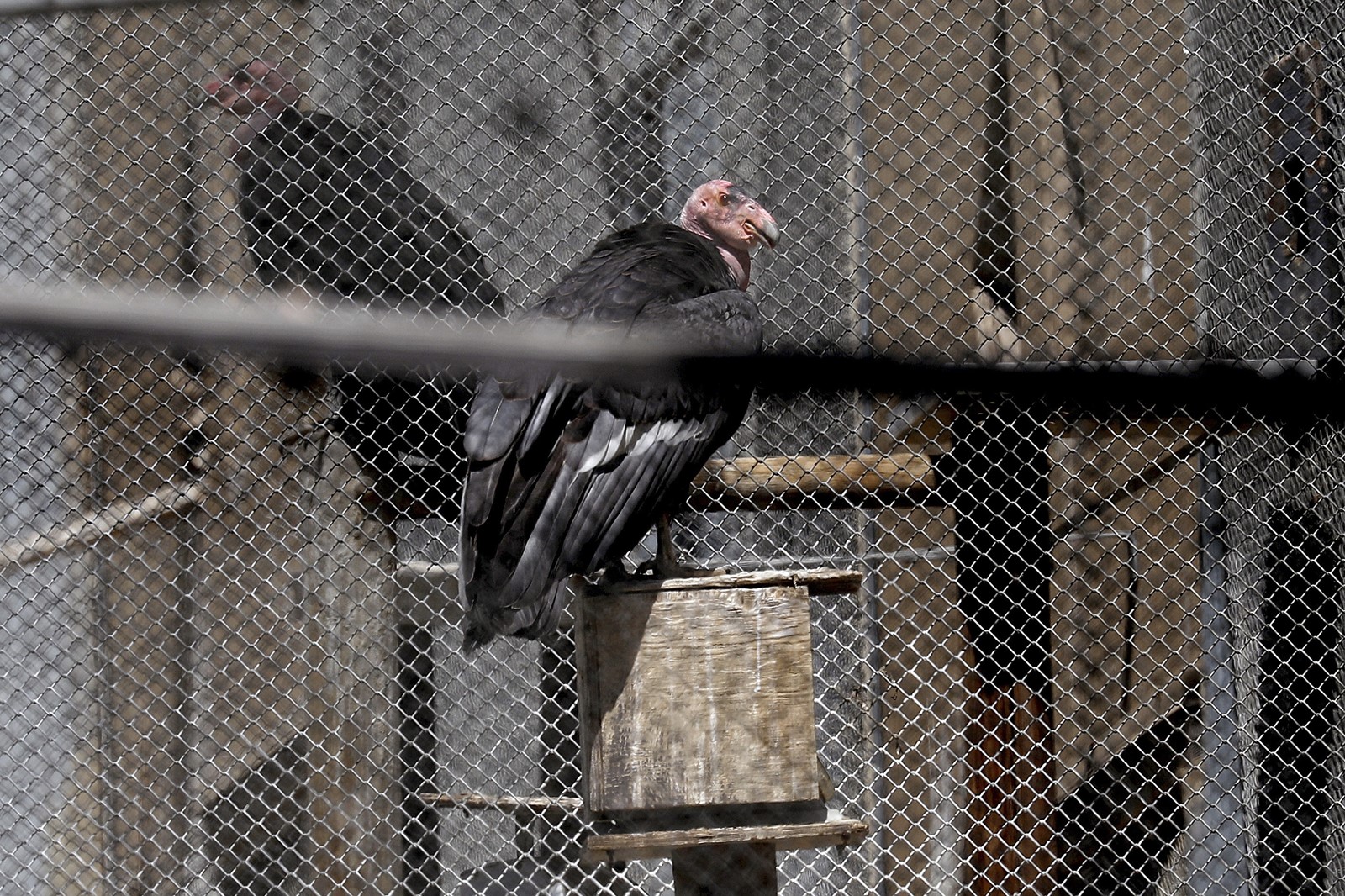 A plan to return federally endangered California condors to a rugged and remote stretch of Northern California coastline and redwood forests is taking shape on Yurok tribal lands where the Klamath River meets the Pacific Ocean.

The tribe believes the condor is a sacred animal, and it says annual releases of four to six captive-bred condors starting later this month are part of its “obligation to bring balance to the world.” That’s because in the absence of large carnivores such as grizzly bears, condors will do the lion’s share of removing decaying carcasses from the ecosystem.

“We’ve been working toward these releases for 14 years,” said Tiana Williams-Claussen, a tribal member and wildlife biologist with the Yurok condor program. “Now, the condor is coming home.”

Meanwhile, a very different scenario is unfolding in Southern California, where federal wildlife officials are taking the controversial step of helping smooth the regulatory path for a growing number of wind energy companies seeking permission to breed additional condors in captivity so they can replace any birds killed by spinning turbine blades.

The energy producers include the Los Angeles Department of Water and Power, which is working with the U.S. Fish and Wildlife Service on a plan that calls for it to provide about $1.3 million to produce additional condors at the Los Angeles Zoo, one of four facilities that raise captive-bred condors to increase the size of the free-flying population.

Critics of such proposals include John Wiens, a professor at the University of Arizona in Tucson and an expert on climate-related extinctions. “It’s treating California condors — the largest land bird in North America — like livestock,” he said. “It’s also opening the door for sacrificing any number of other captive-bred imperiled species.”

The captive breeding of condors began four decades ago as a means of rescuing the species from imminent extinction. Today, these programs are regarded as a success and have allowed for the condors’ repopulation of Yurok tribal lands, as well as the replacement of birds killed by wind turbines.

However, the nation’s urgent shift toward renewable energy has placed increasing demand on breeding programs as the operators of wind farms seek to address the killing of condors, golden eagles, bats and other species.

“We are glad that these permits are being pursued — but it’s unfortunate that this discussion is necessary,” said Joel Merriman, director of the American Bird Conservancy’s “bird-smart wind energy campaign.”

“We understand that rearing and releasing birds is the only currently verified way to offset condor take,” he added, “but would much prefer to see steps taken to prevent the loss of free-flying adult birds.”

With a 9 1/2-foot wingspan, the California condor is the largest scavenging bird in the nation and a symbol of both a species on the brink of extinction and successful — yet still precarious — efforts to restore populations.

Gymnogyps californianus has been in jeopardy since the 1950s, when development began to encroach on the species’ habitat and the now-banned pesticide DDT made condor eggshells so thin that they could not support life.

Some of the huge scavengers were shot or died of lead poisoning from spent ammunition left in the carcasses of hunted animals. Increasingly severe and frequent wildfires, along with disease, also took a toll on the species.

By 1984, it had become a crisis the public could not ignore. With only 27 California condors left on Earth, federal wildlife authorities and the California Fish and Game Commission, with strong support from wildlife advocates, established recovery efforts by capturing the few remaining wild condors, breeding them in captivity and releasing the birds in their historical range.

Today, the population of California condors is more than 500 individuals, including about 181 in captivity and 337 soaring over Ventura and Kern counties, the Sierra Nevada foothills, the Grand Canyon and Baja California, Mexico.

If the population continues to expand its range, scientists say, within a few decades the species may be eligible for down-listing from its current critically endangered status to threatened.

“It’s been a huge success story,” said Mike Scott, who in 1984 headed the massive effort by federal and state wildlife authorities and partner organizations to pull the California condor back from the brink. “But we’re still dealing with a species heavily dependent upon human management to maintain its status in the wild.”

California condors are not the only birds that are harmed by wind turbines.

The Department of Water and Power’s Pine Tree wind farm, about 100 miles north of Los Angeles, came under federal investigation in 2012 in connection with eight golden eagle carcasses found at the site over the previous two years.

In another recent case, ESI Energy Inc., a subsidiary of Next Era Energy Inc., on April 5 pleaded guilty in U.S. District Court in Wyoming to three counts of violating the Migratory Bird Treaty Act in connection with the deaths of golden eagles due to blunt force trauma from being struck by wind turbine blades.

The company, which also acknowledged the deaths of at least 150 bald and golden eagles across its wind energy farms since 2012, was sentenced to a fine of $1.86 million, restitution in the amount of $6.2 million and five years’ probation. During that time, the company must invest up to $27 million on measures to minimize additional raptor deaths and injuries.

“California has been awarded more than $4.6 million in restitution under this plea agreement for the deaths of at least 92 eagles within the state caused by the defendant and affiliated companies,” said U.S. Atty. Phillip A. Talbert.

The DWP’s condor mitigation proposal anticipates incidental “takes,” or fatal injuries, of up to two free-flying adult condors and the loss of their two chicks or eggs over a period of 30 years, according to Federal Register documents.

The L.A. Zoo has produced, on average, five juvenile condors per year over the last 15 years.

“The L.A. Zoo estimates that the addition of another breeding enclosure would increase its annual production of fledglings by a minimum of 10%,” federal documents say. A 10% increase in production due to the proposed improvements is expected to result in the release of 15 additional juvenile condors into the wild over the permit term, the documents say.

Carl Myers, a spokesman for the L.A. Zoo, declined to provide details of the institution’s role in drafting a final plan that would be presented before the City Council. “The overall merits of the proposal are decided by the U.S. Fish and Wildlife Service, so the zoo cannot comment on that,” he said. The $1.3-million offer from the DWP was “an estimate from 2018 and needs to be reassessed,” he added.

The matter has not been brought to public attention, he said, because “the proposal is still being discussed.”

The permit sought by the DWP is like one issued a year ago to Avangrid Renewables’ Manzana Wind Power Project in southern Kern County. Avangrid’s proposed mitigation project also anticipates incidental takes of up to two free-flying adult condors and the loss of their two chicks or two eggs over a period of 30 years.

It calls for providing $527,000 over three years to produce six condors at the Oregon Zoo’s Jonsson Center for Wildlife Conservation.

The Manzana facility, which generates power for Los Angeles, parts of Silicon Valley and San Diego and Orange counties, has a current capacity of 189 megawatts.

A separate mitigation proposal being drafted by a consortium of wind energy farms in the Tehachapis would seek permits to take 11 condors over a period of 15 years.

In the meantime, the Yurok tribe has been preparing for what Williams-Claussen predicted would be “quite a shindig” to celebrate the launch of the immense birds they know as Prey-go-neesh.

Tribal biologists have already sampled seals and sea lions for organochlorine pesticides such as DDT and found them at lower levels than elsewhere in California. They have tested the blood of turkey vultures and ravens for lead exposure from ingested ammunition, mapped potential condor habitat, conducted hunter education programs and completed federal environmental reviews of their plan.

Soon, their managed flock of condors will be tearing into “tough hides to open large carcasses,” Williams-Claussen said, making “them accessible to other scavengers such as turkey vultures, ravens, raccoons, skunks and foxes.”

It is possible, scientists say, that some of the Yurok’s condors are genetically related to Topa, a legendary avian father of several generations who has spent decades shielded from the public and highly protected behind a chain-link fence at the Los Angeles Zoo.

Like Seabiscuit — the pot-bellied, bow-legged racehorse who overcame his weaknesses to become a champion and a stud — Topa embodies the underdog myth for raptor specialists and condor enthusiasts. He was found dazed in a mountain bush in 1967, hanging upside down with an injured wing and smelling like rotten fish.

Topa’s improbable story continues to lift the spirits of his keepers at the zoo, where he rules over serene digs furnished with perches and nesting boxes and bristling with closed-circuit surveillance cameras.

“At 58, Topa is the oldest California condor on record,” said condor keeper Mike Clark, breaking into a proud smile. “And he’s still going strong. How about that?”