Survivors of sexual abuse begin voting on a proposed settlement of $1.9 billion, which many call inadequate. 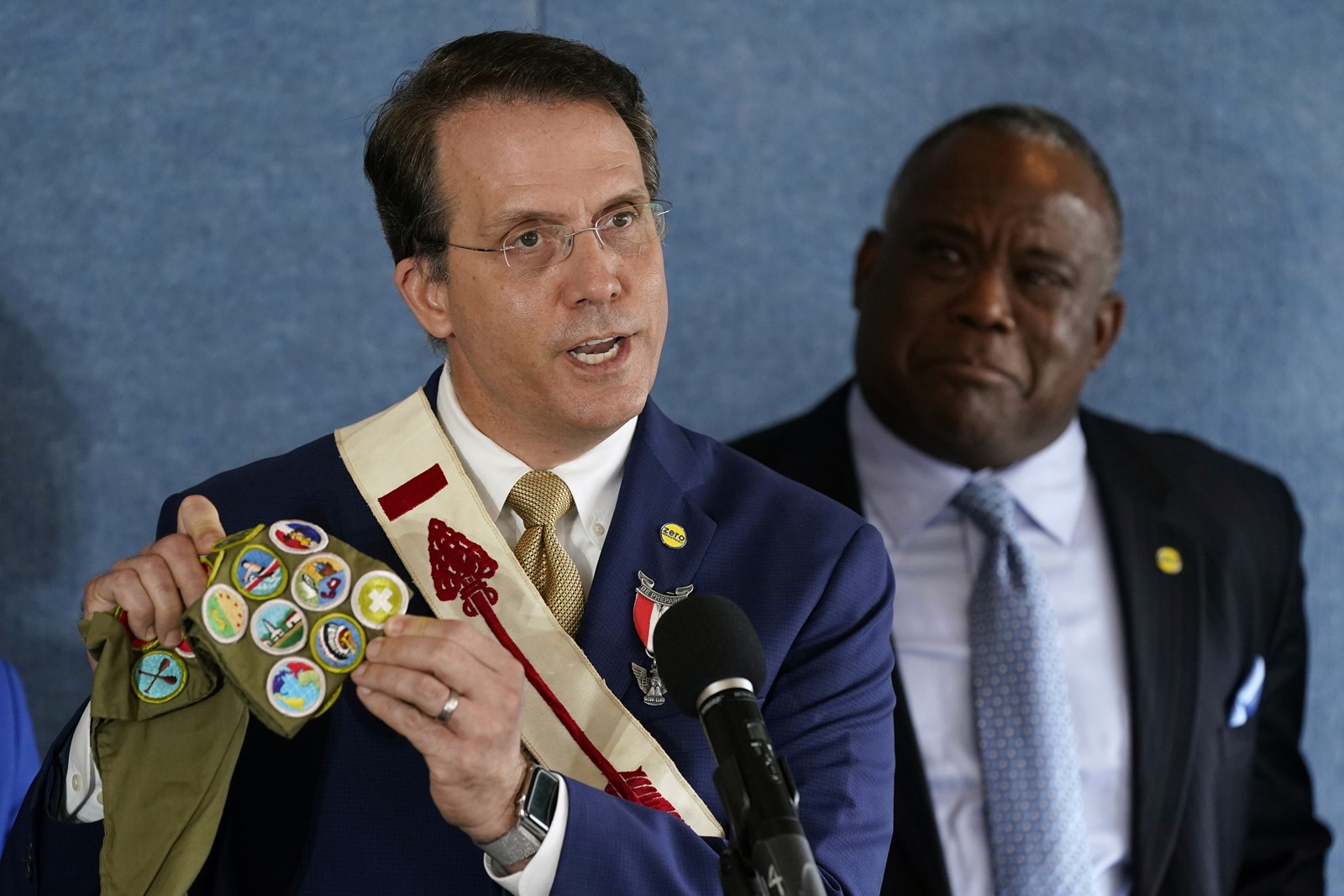 More than 82,000 men who say they were sexually abused in Scouting have begun voting on a controversial reorganization plan to settle their claims and allow the beleaguered Boy Scouts of America to emerge from bankruptcy.

If the plan wins approval, the claimants will share in a settlement fund that stands at nearly $1.9 billion with contributions from the Boy Scouts’ national organization, its 250 local councils, one of its insurers and the Church of Jesus Christ of Latter-day Saints.

But even that sum will yield only a fraction of the claims’ true value, say opponents, who contend that the plan lets the Boy Scouts and others off the hook for billions more in damages from decades of abuse.

“We can’t tell you how to vote, but we can frankly tell you this plan sucks,” Doug Kennedy, vice chair of the court-appointed tort claimants committee that represents abuse survivors in the bankruptcy, said at a virtual town hall Oct. 7. “That’s not the legal term. That’s the survivor term — it sucks.”

“The $1.887 billion is just the start,” said attorney Ken Rothweiler, co-founder of the Coalition of Abused Scouts for Justice. “Current negotiations with insurers and chartered organizations are ongoing, and if appropriate settlements can be reached, they will add significant funds to compensate survivors.”

Voting begins Friday, and ballots that have been mailed out must be returned by Dec. 14. The judge presiding over the proceedings in U.S. Bankruptcy Court in Delaware has scheduled a Jan. 24 hearing, the outcome of which will hinge on the vote tally and her assessment of the plan.

The Boy Scouts filed for Chapter 11 protection in February 2020 to stave off a growing wave of sex abuse litigation. The bankruptcy put a hold on hundreds of lawsuits to allow for the negotiation of a global settlement, which would release the Scouts from all liability for past abuse.

More than 92,000 claims were submitted, many by accusers recruited through TV and internet advertisements by mass tort law firms. About 10,000 claims were weeded out as duplicates or otherwise invalid.

The massive response exceeded expectations and easily surpassed the number of claims in the sex abuse scandal that engulfed the U.S. Catholic Church nearly two decades ago. A researcher hired by the Boy Scouts to analyze its internal records in 2019 identified 7,819 suspected abusers and 12,254 victims — a fraction of those who ultimately filed claims.

The tort claimants committee says the proposed settlement is “grossly unfair.” Among other things, it says the plan fails to tap more than $1 billion in cash and assets held by the local councils and requires Hartford to pay only “a small fraction of the coverage” it is obligated to provide.

The committee, which comprises nine survivors of sexual abuse in Scouting, was appointed to represent the interests of victims, but it does not speak for all of them.

“It is an insult to every survivor,” Chairman John Humphrey said. “The 82,200 known survivors deserve better. Some have been waiting over 50 years to see the Boy Scouts held responsible and to do better in protecting scouts today.”

The committee has estimated the actual damages from the abuse at more than $100 billion.

In a statement, the Boy Scouts of America said it is “deeply saddened by the pain and suffering that survivors of past abuse have endured” and is “committed to fulfilling our social and moral responsibility to equitably compensate survivors while also ensuring that Scouting’s mission continues.”

“If confirmed, this Plan is poised to establish the largest sexual abuse compensation fund in the history of the United States,” it said, noting that the size of the fund is “far from final.”

How much is paid out to claimants will be based on various factors, including the severity and frequency of the alleged abuse.

The Coalition of Abused Scouts for Justice, which is urging a yes vote, has said most claimants will receive between $3,500 and $2.7 million.

“Voting yes will promptly deliver a degree of justice and closure to survivors, and accountability for the Boy Scouts organization,” Rothweiler said in a statement. “In contrast, the [tort claims committee] is the Party of No: no settlements, no reorganization plan, no guaranteed payment for survivors whose cases are beyond the statute of limitations, and no end in sight to the litigation.”

Other lawyers in the case are far less enthusiastic.

“With the money on the table now, some survivors are estimated to get at little as $19 before they pay their attorney fees,” said Jason Amala, whose law firm represents about 1,000 claimants and is recommending that they reject the plan.

Paul Mones, a Los Angeles attorney who represents several hundred claimants, said he will let his clients decide for themselves. He said he has little faith the Boy Scouts will do right by those who were abused.

“These guys have been waiting a long time, and they deserve their justice,” he said.