UC BERKELEY
Pelosi: Pence ‘smart’ to stay at Capitol during the insurrection 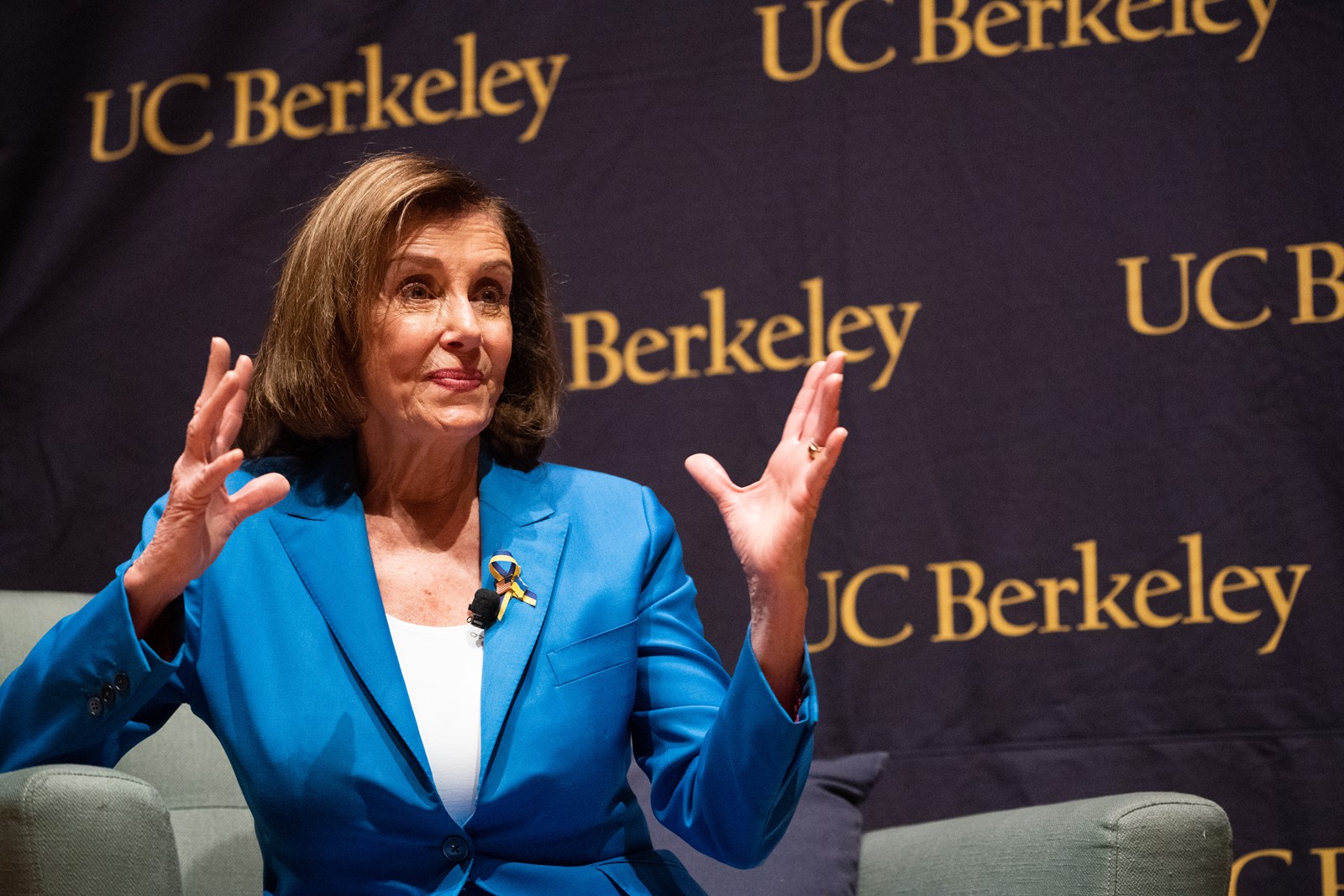 U.S. Speaker of the House Nancy Pelosi, D-San Francisco, addresses questions from former U.S. Sen. Barbara Boxer during the 2022 Barbara Boxer Lecture given by the Institute of Governmental Studies at Hertz Hall in Berkeley on Monday. DON FERIA FOR BAY AREA NEWS GROUP

House Speaker Nancy Pelosi on Monday lauded former Vice President Mike Pence for staying at the U.S. Capitol on Jan. 6, 2021, even as a violent mob stormed the building as part of a bid to overturn the results of the 2020 presidential election.

“He was very smart to stay,” Pelosi said recounting the insurrection during an event at UC Berkeley. “You’ll have to ask him whether the Secret Service wanted him to stay there or they wanted him to go. But he knew if he left there was probably no coming back.”

Pence remained at the Capitol and eventually declared President Joe Biden the winner of the election defying intense pressure from former President Donald Trump and his supporters to halt the certification of the election. Pence repeatedly has said that he was fulfilling his constitutional duty in certifying Biden’s election win even as Trump falsely suggested Pence had the authority to alter the election outcome.

Pelosi’s comments came during a public conversation with her former colleague from the Senate, Barbara Boxer, at UC Berkeley.

Pelosi recounted the hours during and after the riot, including the brief moment of bipartisanship in which Mitch McConnell, the former Republican leader of the Senate, congratulated Sen. Chuck Schumer, who was poised to assume the role of Senate majority leader after the Democrats captured two Senate seats in Georgia.

“In the course of the evening ... Mitch goes over to Chuck and says, ‘Congratulations, Chuck,’ ” Pelosi said with a smile. “He realized that the votes of the day before, Jan. 5, had now proven that Chuck was going to be the majority leader of the Congress.”

Pelosi recalled her reaction that day when she learned Capitol rioters had breached security, one infamously posing for photos while sitting at her desk in her office.

“So what was going through my mind? Being raised in a family of all boys I was like, ‘Let me at ’em,’ ” Pelosi said, referring to the minutes before lawmakers were forced to flee the House floor. “But the security did not have that same thought and they just pulled me from the podium.”

The Democrat representing San Francisco largely avoided current party politics, except to lambast the GOP for being “hijacked as a cult.”

“I hope there are some Republicans here so I can say to you take back your party,” Pelosi told the packed hall of supporters.

PREVIOUS ARTICLE
Article 50 of 201
NEXT ARTICLE