Electricians must do the installation, union insists. Solar firms are blowing a fuse. 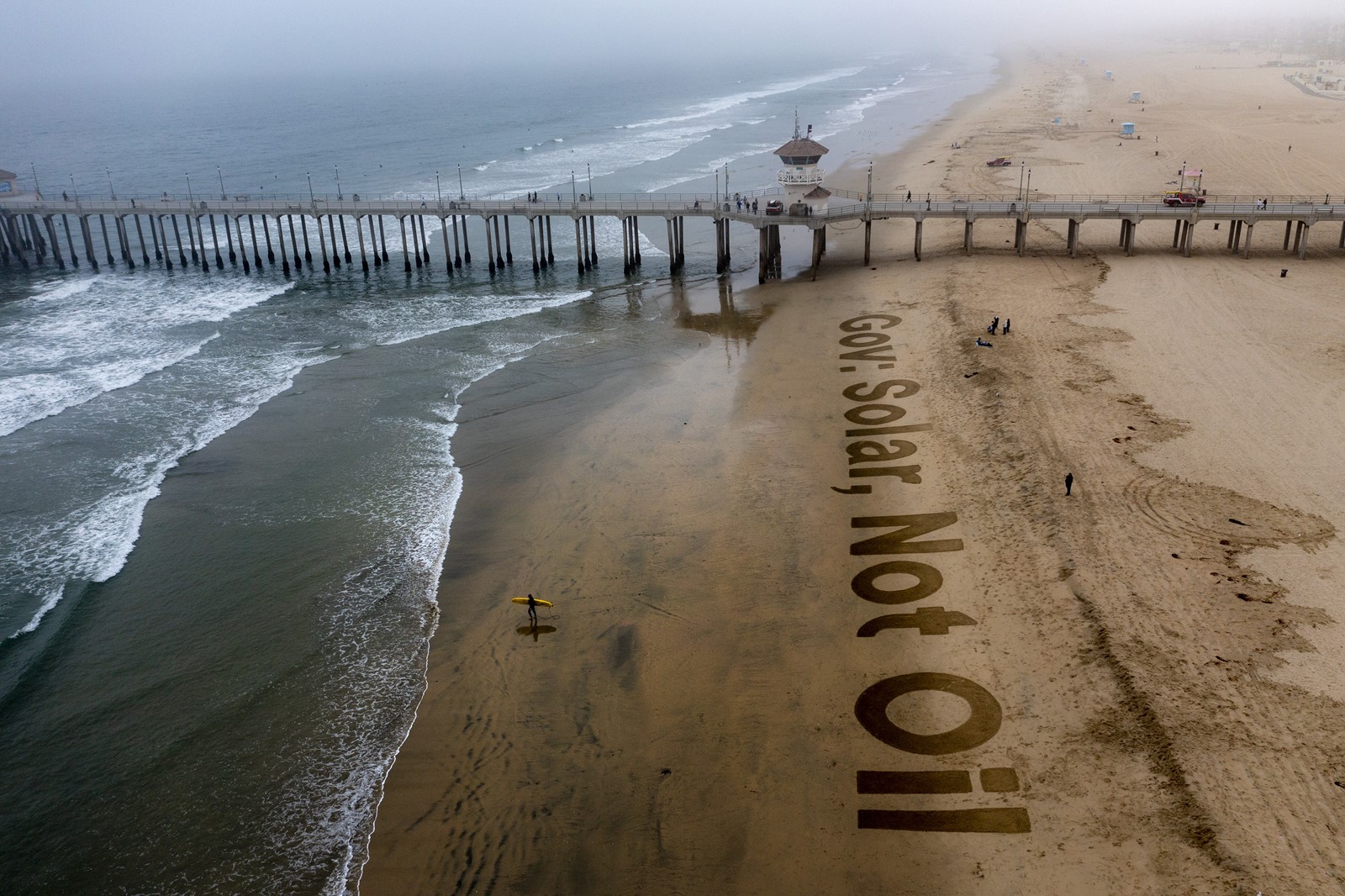 You may not have heard of the Contractors State License Board, or CSLB.

But the California agency sent shock waves through the solar industry this summer when it ruled that providers of rooftop solar equipment would no longer be allowed to install batteries — increasingly popular for keeping the lights on during blackouts — without getting a new license that might require them to overhaul their workforce.

Industry leaders were apoplectic, saying the requirement would be impossible to meet and would crash the rooftop solar market. They filed a lawsuit to block it.

The groups pushing the rule change frame it as a safety issue. By requiring solar companies to use certified electricians to handle battery installations, they have argued, state officials can limit the risk of lithium-ion battery fires, explosions and other hazards.

So, on the surface, this is a technical dispute over battery safety and workforce training requirements. But below the surface lurks a long-simmering conflict between the rooftop solar industry and organized labor.

If that sounds familiar, you may have read The Times’ coverage of net energy metering, the rooftop solar incentive program that utility companies are trying to persuade state officials to slash. Unions representing utility workers and electricians also want to see incentives reduced, in part because rooftop solar threatens the utility business model and in part because most rooftop solar jobs are nonunion. Construction jobs building large solar farms, by contrast, typically go to union members.

This has created tension in California, with politically powerful labor groups pushing lawmakers to support big solar farms and utility infrastructure at the expense of rooftop installations. The dispute over contracting standards is a revealing example of that tension.

The idea of barring most solar companies from installing batteries — unless they obtain an electrical contractor’s license, which requires employees performing such work to be certified electricians — was first proposed by the International Brotherhood of Electrical Workers and the National Electrical Contractors Assn., whose member companies hire IBEW workers.

The proposal was adopted by CSLB, which regulates the construction industry and seeks to protect public health and safety. Most of its members are appointed by the governor. The board’s 11-3 vote reversed the agency’s earlier judgment that firms with C-46 solar contractor’s licenses could install batteries paired with solar panels.

Bernadette Del Chiaro, executive director of the California Solar and Storage Assn., said the about-face is damaging because homes and businesses that want solar increasingly want energy storage, too, as protection against wildfire-driven power outages and the threat of rolling blackouts.

“We can’t comply with this. People will go out of business,” Del Chiaro said. “Prices will go up, and we’ll lose the ability to meet customer demand for clean energy.”

Groups on the other side of the debate offer a different interpretation.

Eddie Bernacchi, a lobbyist for the National Electrical Contractors Assn., said this is “a dispute between electrical contractors and solar contractors over jurisdiction,” not a union-versus-nonunion issue. Requiring solar-plus-storage projects to be installed by contractors with certified electricians, he said, would not only improve safety but also lead to higher wages in the solar industry.

“The electrical contractors offer a path to higher wages and a real career,” Bernacchi said.

Tom Enslow, an attorney representing the contractors association and IBEW, made a similar case. He said that while the new rule would allow union shops to better compete in the solar market, CSLB’s decision was “more about safety and precedent.”

“What’s happened is that the solar industry started pushing a theory that, hey, as long as we install an energy storage system at the same time, we should be allowed to do that work,” Enslow said. “It’s pretty clear they are separate systems.”

Those arguments seemingly convinced the state board.

Nancy Springer, the chief building official for Sacramento County, said she and her fellow board members “have to be aware of protecting the consumers and making sure that [the solar systems are] installed properly, and that people have the proper training.”

Johnny Simpson, who formerly led an IBEW local and was appointed to the state board by the Senate Rules Committee, responded to calls for more debate by saying, “It’s time to put this issue to bed.”

“It’s about whether you want a certified workforce or not,” Zabin said. “They have no certifications in that industry.”

The solar industry pushed back against those claims. Barry Cinnamon, chief executive of Bay Area solar and battery installer Cinnamon Energy Systems, said the idea that companies like his don’t train workers to handle energy storage systems is absurd. The companies that manufacture lithium-ion batteries — such as Enphase, LG and Tesla — also require workers who install their products to sit for several hours of training, Cinnamon said.

“You have to be trained, or they won’t sell you the battery,” he said.

You’re probably wondering if batteries really can be safety hazards. The answer: “Yes, but ...”

Yes, they can, but 60,000 residential batteries have been installed in California, and nobody can cite a single example of a serious safety incident.

There was an explosion that injured first responders in Arizona and, more recently, an overheating issue that resulted in the world’s largest battery facility, in Moss Landing, Calif., being shut down, at least temporarily. But those problems involved large battery banks operated by utilities or major energy companies, not home batteries installed by solar contractors.

The UC Berkeley Labor Center’s report acknowledged that “there have been no significant incidents with injury or death that we could identify.” Still, the authors wrote, there are “significant data gaps that preclude definitive statements that risks are low.”

To Del Chiaro, fires ignited by power lines are a much bigger safety threat — and rooftop solar can limit the need for those lines. She pointed out that the utilities that own those lines — Pacific Gas & Electric, Southern California Edison and San Diego Gas & Electric — all submitted letters supporting the idea of barring solar contractors from installing batteries.

“Who is burning down the state and killing people? It’s PG&E and the other utilities,” Del Chiaro said. “We are the solution to that. We are keeping people’s homes lit. We’re keeping them safe when they need it and solving climate change.”

CSLB agreed to delay enforcement of the rule after the California Solar and Storage Assn. filed suit, claiming that the board had failed to conduct a formal rule-making process. CSLB is now gearing up for that, with an agenda item scheduled for Nov. 29.

To say this debate has gotten bitter is an understatement. Groups on both sides are furious with their opponents and can’t agree even on basic facts.

There are many points of disagreement. How easy would it be for rooftop solar installers to get new licenses and hire certified electricians, and would doing so really cause prices to rise? How many companies would be affected by the rule? What are the true wage differences between union and nonunion solar jobs?

The labor movement can be a positive force for change in the clean energy transition, at least when climate advocates meet unions halfway. But there are many examples of unions protecting the fossil-fuel status quo when they feel their members’ livelihoods depend on it.

The feud between electrical workers and solar installers is more nuanced.

But it offers a blunt reminder that the labor movement can make or break California’s climate policies. How exactly the state reduces emissions, and who benefits — that’s up for grabs. Whether it happens fast enough to stave off the worst wildfires and heat waves is uncertain.

This article was originally published in Boiling Point, a weekly email newsletter about climate change and the environment. Go to latimes.com/boilingpoint to sign up.