Water spray does the job keeping produce safe to eat 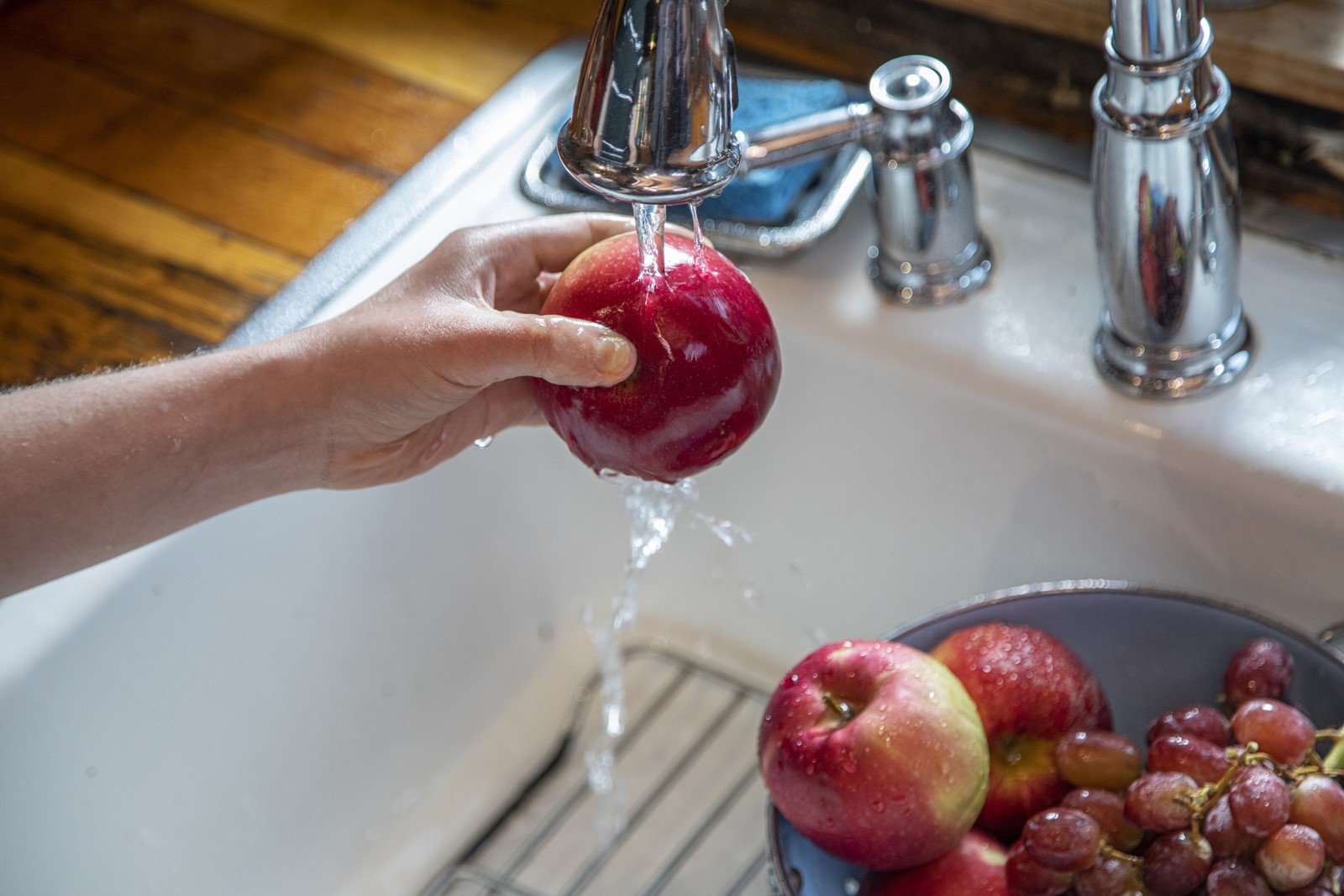 To minimize the risk of food poisoning, you really do need to wash produce before eating it, though no special produce washes are required.

Wash your hands before handling any produce, then rinse the foods under cold, running tap water. Five to 10 seconds is typically sufficient, so long as you’re covering the full surface of the produce item. Rinsing removes debris and dirt and any microbial contaminants they may contain. Washing also helps remove some of the surface pesticides that may be present, though guidelines are generally the same for organic produce as for conventional produce.

With greens, such as romaine lettuce, a good approach is to break off and rinse individual leaves, then dry in a salad spinner. Another strategy is to submerge the produce in a bowl of water before rinsing.

“None of our food is sterile; there are always microorganisms there, but there are certain types that if we ingest, we become sick,” said Erin DiCaprio, assistant cooperative extension specialist in community food safety at the University of California Davis. “So, washing is a best practice to help mitigate some of that risk.”

By and large, the American food supply is quite safe, but food safety specialists keep their eyes on certain pathogens, both bacteria and viruses, that have been associated with dangerous outbreaks tied to produce. For example, E. coli O157:H7, a bacterium found in the intestines of cattle and other animals, also turns up in leafy greens and, if ingested, can cause nausea, vomiting and diarrhea. Certain groups, such as the very young and the very old, are particularly prone to developing severe symptoms and potentially deadly kidney failure.

“We see a number of outbreaks caused by viruses in produce,” said DiCaprio. “So, when we talk about food-borne viruses, primarily it’s hepatitis A virus and norovirus. We see those viruses causing a number of outbreaks in soft berries because often these commodities are harvested by hand, so we as humans can cross-contaminate those berries during harvest.”

If you see dirt, sand or grit on your produce — for example, in the grooves of a celery stalk — you’d certainly want to remove that material. But it’s also important to rinse off dust and other small debris that you may not see but that can also contain harmful germs.

Early fears about the possible transmission of coronavirus on foods were not borne out, though other viruses may be spread by the dirty hands of other customers. So wash any fruits or vegetables you pull off the shelves or produce stand, including leafy greens, whole fruits and raw vegetables. Washing won’t completely decontaminate a piece of produce, DiCaprio said, but generally removes 90 percent to 99 percent of the microorganisms. Ingesting fewer microbes makes it less likely you’ll get sick.

There’s no need to rewash greens or other items that say “prewashed” on the package. In fact, washing them could raise the risk of cross-contamination with other foods, such as raw meat, that you may be preparing — a concern whenever you are washing any foods, so take care to keep work surfaces clean.

It’s important to wash produce regardless of whether you’re going to eat the skin (such as apples) or peel it (such as bananas, carrots, oranges or avocados). Rinse before peeling or cutting. Using a clean brush to gently scrub firm surfaces of items like melons can also help remove any debris.

DiCaprio does not recommend special produce washes, bleaches or detergents. “There can actually be negative impacts on health if consuming residual levels of soap or other detergents,” she said. “It’s more of a marketing type of thing. I personally wouldn’t spend my money on them because I know they aren’t any more effective than regular water.”

Lastly, some temperature tips. While heat can inactivate microorganisms, hot water does not appear to be more effective than cold water in terms of food safety. The level of heat required would most likely be too hot to subject your hands to in the sink and might affect the quality of the produce.

As for frozen produce, there’s no need to rinse before consumption. However, it’s important to follow the handling instructions on the package, including any heating recommendations.

Egan is a freelance writer and the author of “How to Be a Conscious Eater: Making Food Choices That Are Good for You, Others, and the Planet.” This article appeared in The New York Times.