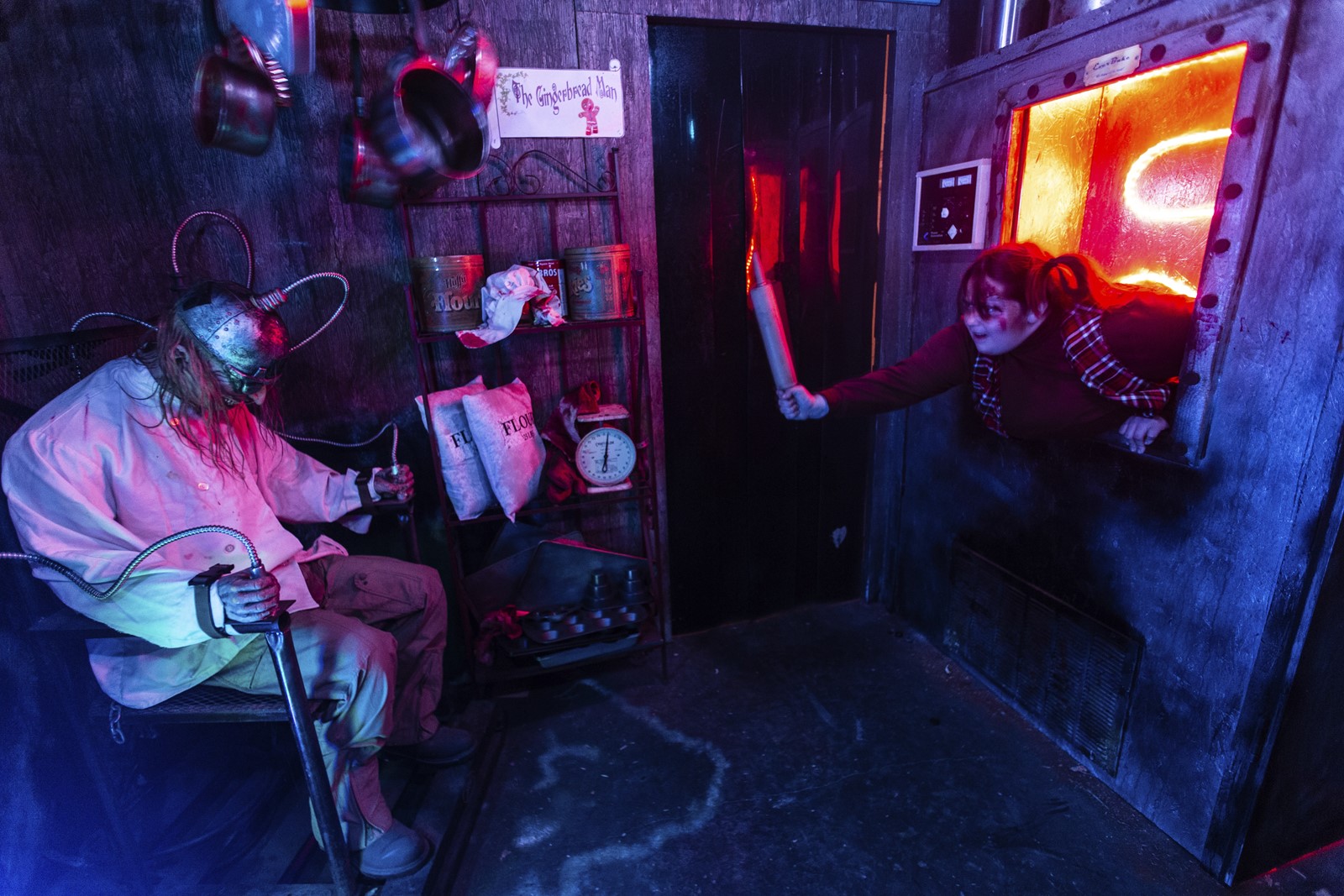 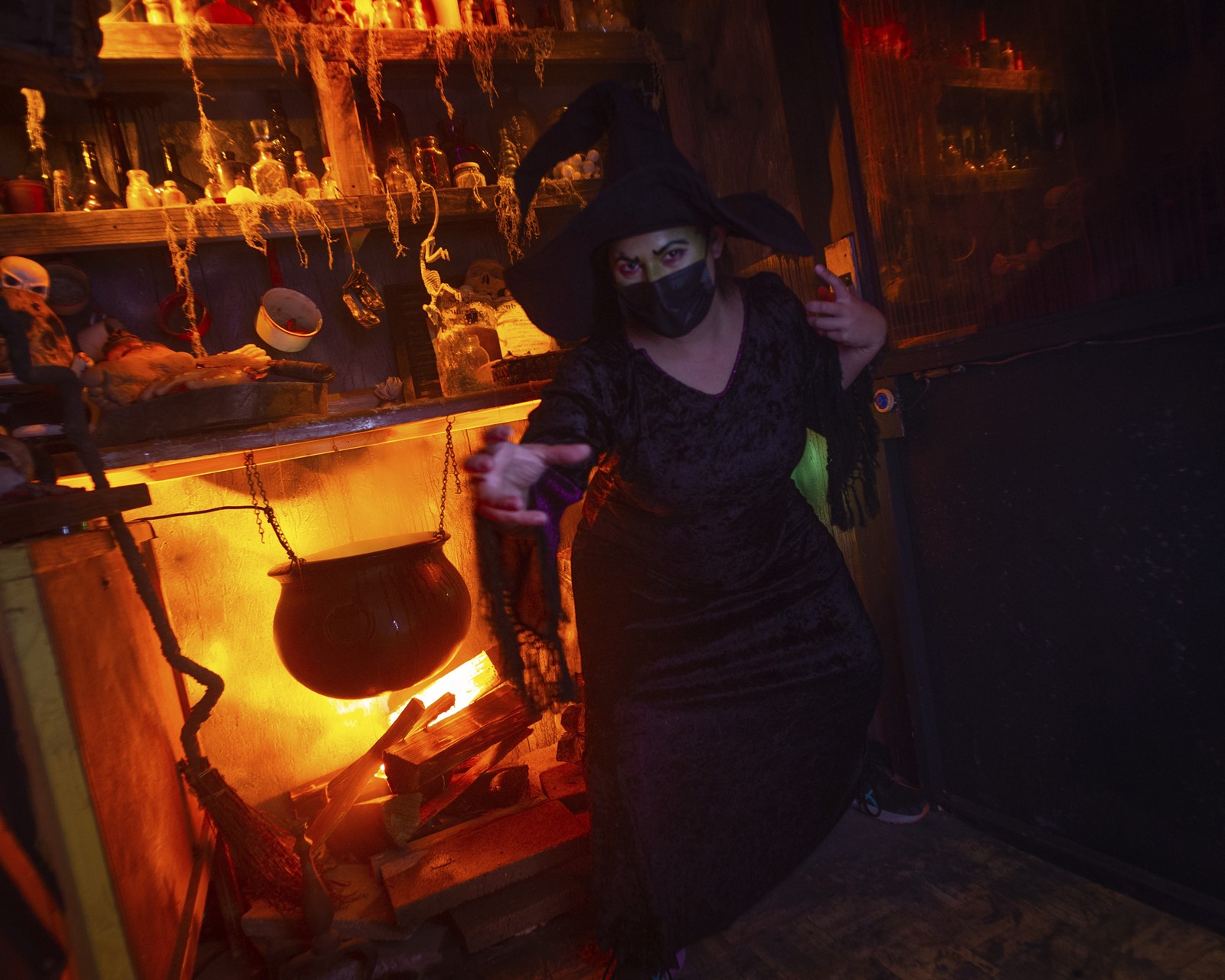 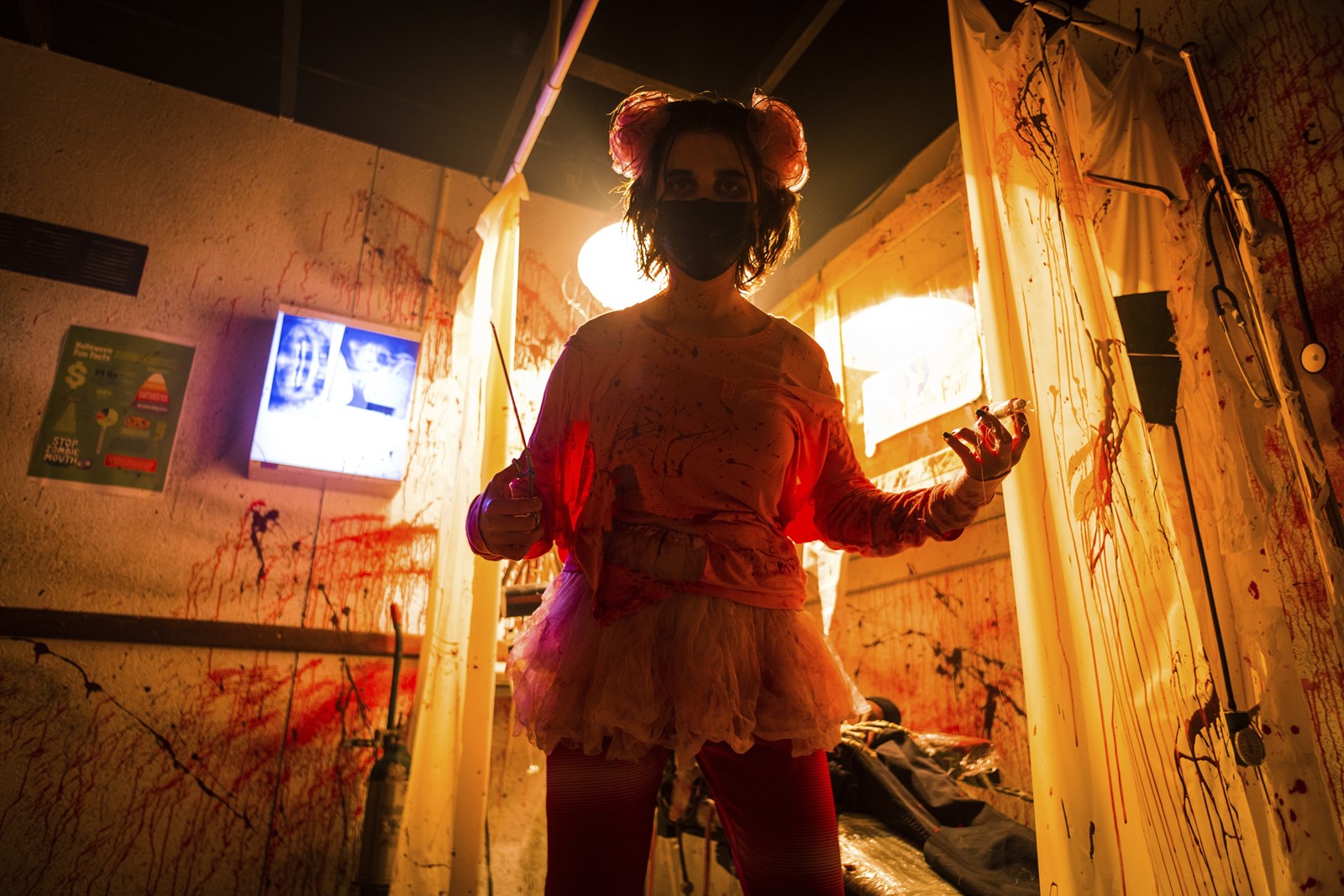 At this haunted house, the ghosts and ghouls sometimes elicit more than screams.

The Haunt in Atascadero keeps extra pants on hand for visitors so frightened that they lose control of their bodily functions.

And the staff keeps a list of those who wet themselves — at least 31 “confessed pee-ers” in the last two years.

“Some people, when they know what’s happening, they like to sign it as sort of a badge of honor,” Andersen-Tarica said. “And we do have it on a sign that we will provide emergency pants upon request.”

Nestled among coffee shops and restaurants in downtown Atascadero, the Haunt draws about 4,000 visitors each year.

This year — its sixth — the theme is Grimm Reaper’s Scary Tales Volume II.

“You can’t use the same scare every time,” said Creig P. Sherburne, a volunteer who plays several roles for the Haunt, including the Butcher.

“There are different gags and ... a different pacing to each room. Some are a little bit more psychological, some are blood and guts. Some are cheap and easy jump scares, some are elaborate scares,” Sherburne said.

The Haunt’s founder, Chris Towers, is not a horror movie fan. But he has been staging haunted houses since high school.

Towers, an engineer whose day job is working at a nuclear power plant, builds some of the sets, props and effects himself.

“Maybe it is just that itch of wanting to build and fabricate,” Towers said. “It’s one thing to build a shed at your house, but now you’ve got something that’s got to move with lights and sound and interact.”

And it’s got to scare people.

“Half the thing is just trying to figure out how people are going to respond to it,” he said.

Like Sherburne, all the 60 or so actors, makeup artists, set decorators and other Haunt staffers are volunteers.

There isn’t much money left over after paying rent of about $30,000 a year.

Initially, Towers invested around $15,000 of his own money into the project each year. With the Haunt’s popularity, that amount has decreased.

“Fingers crossed this will be our second year in a row where it’s broken even, so I don’t have to put anything in,” he said.

The Haunt is so scary that children under 12 are discouraged from attending.

Because of COVID-19, capacity is limited, so visitors are advised to purchase tickets in advance. Temperatures will be taken at the door, masks are required and physical distancing rules will be observed inside.

Those who want a glimpse behind the scenes can sign up for “lights on” tours to observe the details of each room and activate some of the effects.