Fire escape: these gardens are reborn

Enjoy the ocean views and breathe in the sharp, sweet fragrance of plants at Ventura Botanical Gardens 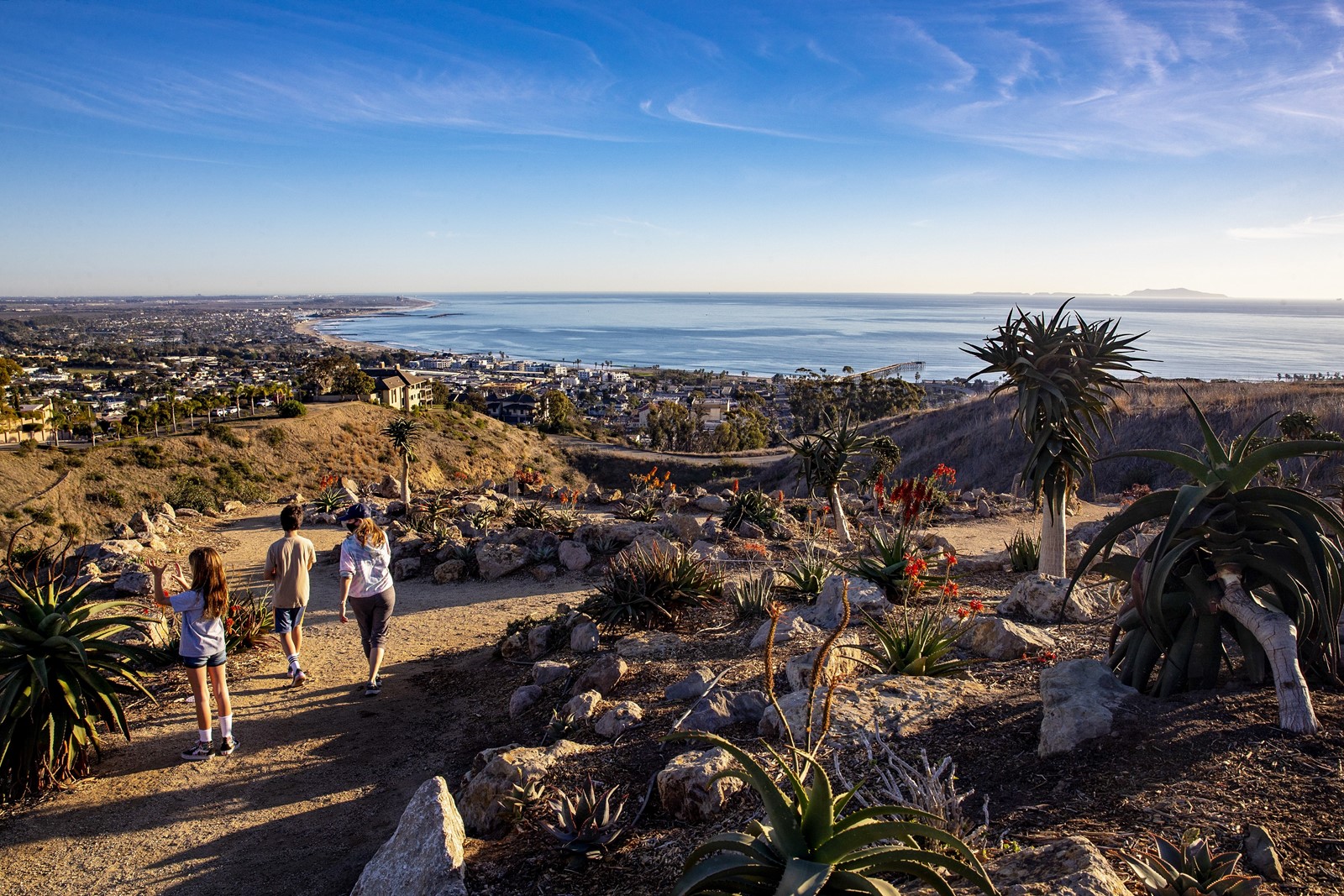 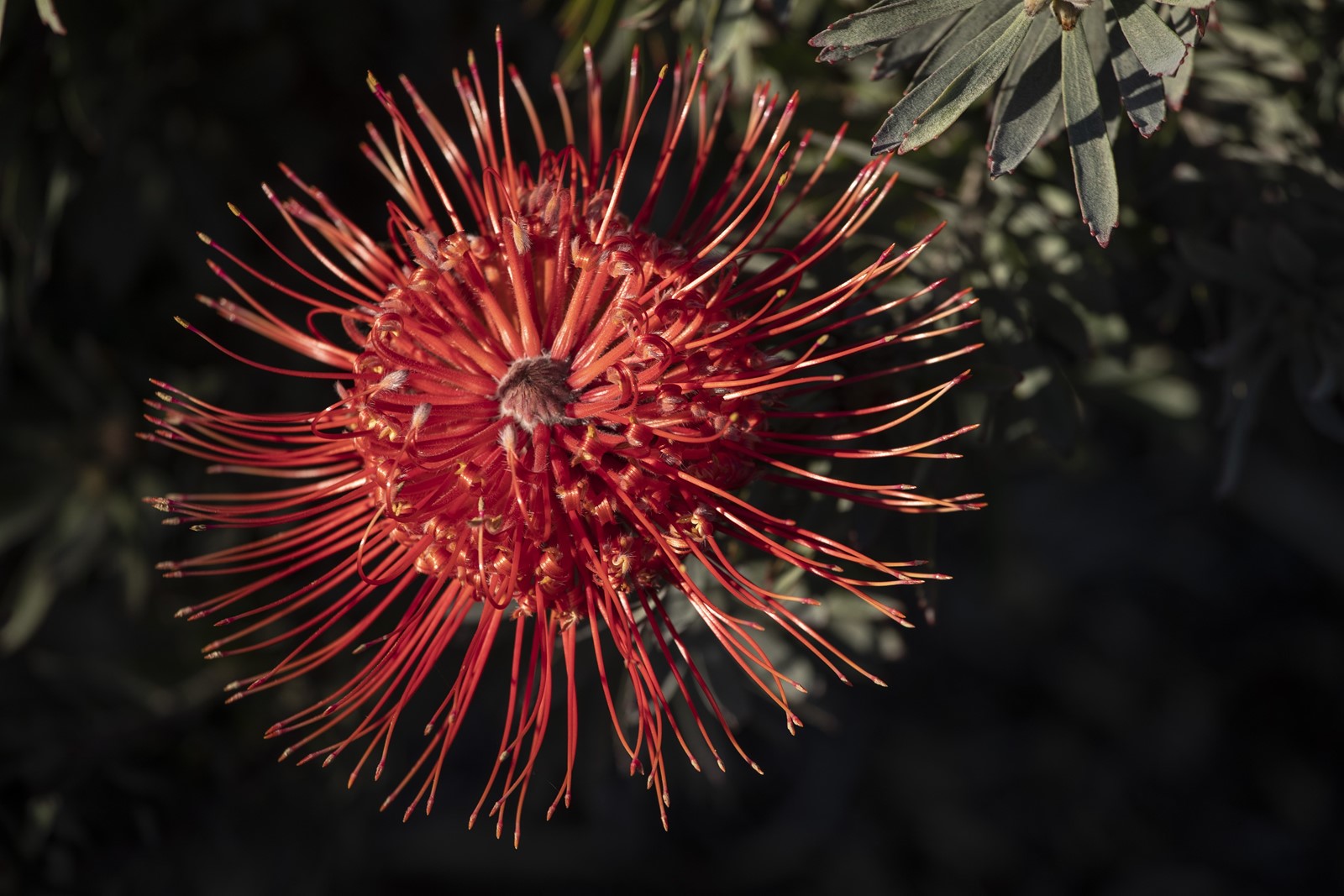 t took nearly a decade of public meetings, fundraising and planning for the Ventura Botanical Gardens to finally start digging in 2015. Volunteers and the skeleton staff put 2,000 plants in the ground before the Thomas fire came in late 2017 and scorched all that work.

“The fire burned everything,” said board member and past president Barbara Brown, sweeping her arm to take in the entire garden. “I stood in a friend’s yard and watched it burn.”

As devastating as that was, some plants that seemed burned beyond resurrection still managed to pull through, showing new growth about 60 days later, said Joseph Cahill, the gardens’ executive director. The rare, endangered Chilean wine palms, for instance, have continued to grow even though the bottom half of their trunks are thoroughly charred.

Today, it’s a place to wander and pause, taking in the views of Anacapa and Santa Cruz islands, the Santa Monica Mountains, and the long curling stretch of ocean and shore. There’s also the sharp, sweet fragrance of the plants, such as the Chilean Escallonia illinita bush, which smells like maple syrup especially after a rain, and the crazy eccentricities of prickly, Dr. Seuss-shaped shrubs, succulents and trees that evolved in the world’s five Mediterranean climate zones of central Chile, the Cape region of South Africa, southwest Australia, California (including Baja) and, of course, the Mediterranean basin.

It’s hard to imagine a bad time to visit the gardens, but try to choose a day with billowy clouds and the sun drifting in and out because these terraced gardens are as much about the heart-soaring vistas of surf and sky as they are about the plants beside your feet.

There are a few stone staircases, but most of the walkways are meandering switchbacks of earth and rock, a good two miles from the Welcome Center to the top gardens. The walks are uphill, but the incline is so gradual and the view so distracting that you hardly notice you’re slightly out of breath. The first half mile or so is packed hard enough for wheelchair access, but the rest of the paths are challenging for wheels; on a recent Friday, the garden’s free day, there were several parents pushing all-terrain strollers.

One determined mom was pushing a double stroller while managing two dogs on a leash and a backpack that kept slipping off her shoulder. Despite this, she made it all the way to the top, with the dogs patiently waiting every dozen or so steps as she rearranged her load. Good walking shoes are a must, as are masks, but these gardens are big enough and the paths varied and long enough that you rarely have to pass other visitors, even though you see them at a distance.

These are young gardens, mostly replanted since mid-2018 after the Thomas fire burned all that first work to nubs along with nearly 282,000 acres in Ventura and Santa Barbara counties between December 2017 and March 2018.

Strangely, though, the fire helped the gardens in a couple of ways, Brown said. The hilly 107 acres of city land leased by the gardens was covered in brush, mostly invasive weeds that had to be removed so terraces and walkways could be constructed, a tedious job that made progress painfully slow.

The fire not only cleared away that brush, it revealed old terraces and long stone walls dating to the Mission San Buenaventura era in the late 1700s that had been hidden by the undergrowth. They didn’t need to build many new terraces, Cahill said. They could just follow the contours of the ones already built and shore up the walls, which were still mostly intact.

The idea to create the gardens began circulating in 2006. Brown and Cahilll got involved around 2009 and helped organize charettes, or public meetings, to find out what the community wanted to see.

Although the earliest supporters were inspired by traditional botanic gardens in Canada, it was the community — and the reality of an ongoing drought and limited access to water — that decided Ventura’s botanic gardens should honor Mediterranean climes.

Community members wanted more than just California native plants, Brown said. “People gave us a ton of input. It was important to them that other regions of the world were represented, especially Latin America.”

City leaders were willing to make 107 acres available for the gardens, but they insisted on a professional master plan, another decision that Brown said made it easier for the group to get grant funding in the future. But it was the grassroots support of local families and individuals whose small donations provided the $100,000 in seed money to get the project started, she said, and the ongoing pledges and support that has provided salaries and volunteers to help the small staff.

The garden is being planted in sections, by region, and in phases. The first 40 acres is nearly complete with 10,000 new plantings. The focus has been on the Chilean, Californian and South African gardens first (although the Mediterranean Diversity Olive Grove has been planted on the top northern hill to get it started, and the Rotary Plaza is shaded by several tall eucalypti, natives of Australia.)

Initially, the hope was that the gardens would be free, but after the fires it became evident they would have to charge a modest admission to help cover expenses, Brown said.

Admission costs $7, except on Fridays when entry is free. Children 18 and under are free. The gardens get lots of out-of-town visitors, especially on weekends, Brown said, but once again community members have been their bread and butter. Annual membership is $45 for individuals and $75 for a family, which includes two adults. More than 3,000 people have joined, allowing them to enter daily for free.

Some 250 members of the garden’s Perennial Society have pledged $1,000 a year for five years, making it possible for the gardens to plan and pay salaries, Brown said. Others have become sponsors of certain plants or walls or even seating areas carved out of stone so they look almost natural.

These sponsorships scattered through the gardens are a constant reminder of the community’s support, places where visitors can sit and drink in the views and perhaps even be inspired since the sponsors get a chance to leave brief messages chiseled in rock, such as this from the Goldenring family:

“Turn your face to the sun, and the shadows fall behind you.”

Or the Stork family’s three words of advice:

Some day the olive grove will be a shady spot, along with the path lined with young coast live oaks, but for now, bring a hat if you’re worried about too much sun. The rainy season means the blooming cycles have begun, and seasons are staggered, starting with South Africa’s Fynbos and Karoo gardens at the summit, where orange and red firework-shaped blooms erupt from the sedate proteas and succulents and, if you stand downwind, you get heady whiffs of the scented geraniums.

The California natives will begin blooming soon, Cahill said, followed by the Chilean plants. And if you ever get tired of the diversity of plants, just lift your eyes and sweep that horizon of foaming shore, sparkling water and ever-changing sky.

The Ventura Botanical Gardens at 567 S. Poli St. in Ventura (behind Ventura City Hall) is open 9 a.m. to 5 p.m. daily, except Mondays. Admission costs $7; free on Fridays. Parking is free, and there’s a gift and plant shop at the Welcome Center. Leashed dogs are allowed on Wednesdays and Fridays. Info: ventura botanicalgardens.com