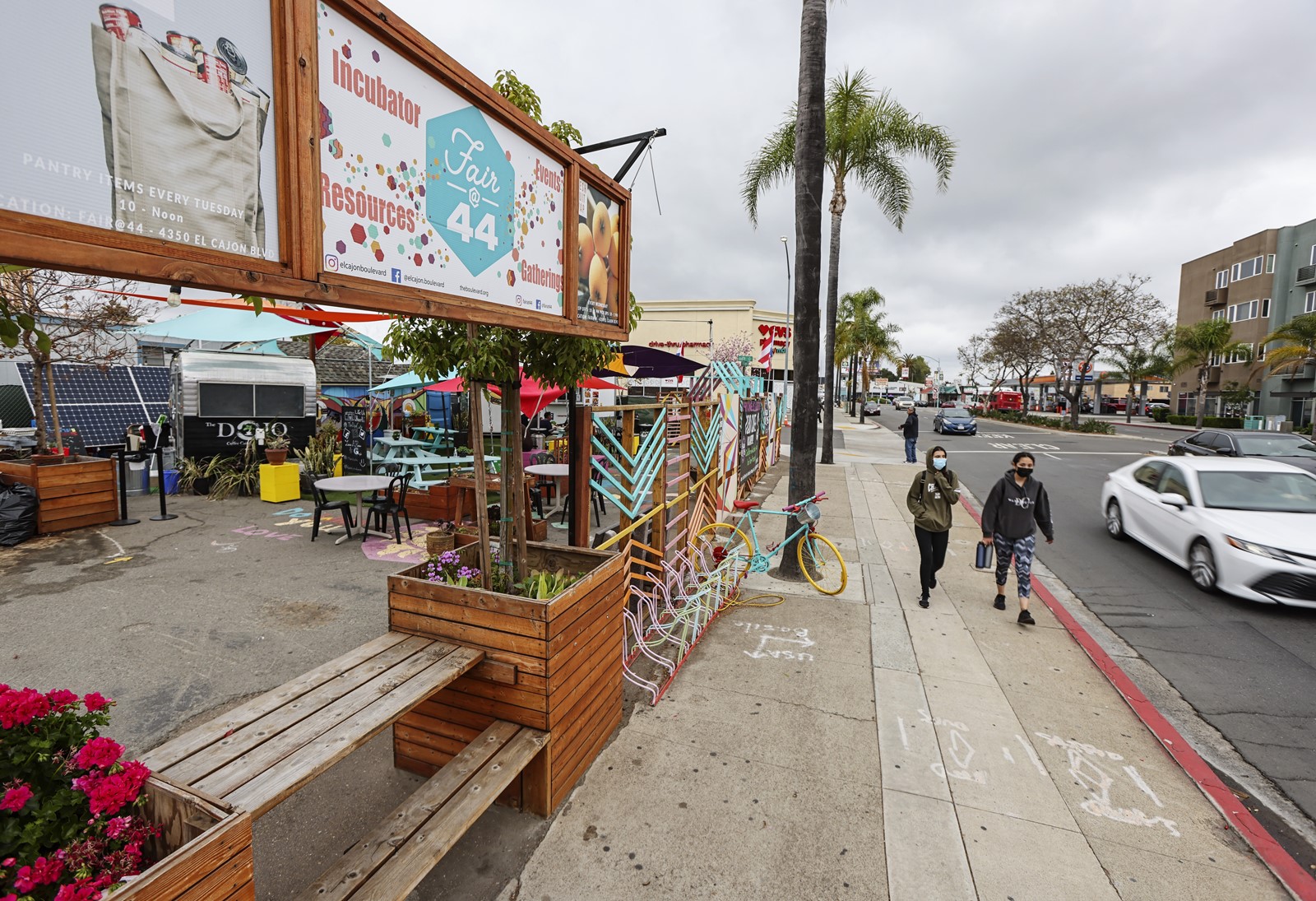 Called BLVD 2020, the plan says there is potential to create a regional destination and a thriving cultural hub on the 4-mile roadway, which passes through the San Diego neighborhoods of University Heights, North Park, Normal Heights, Kensington, Talmadge and City Heights.

More than a fifth of San Diego residents live within 5 miles of El Cajon Boulevard, including many in the city’s most ethnically distinct neighborhoods such as Little Saigon and many areas of City Heights.

Merchants and community leaders advocating for the transformation say the goal is to preserve and celebrate that diversity, not force those residents out by gentrifying the area.

Andrew Malick, a local housing developer who specializes in urban projects, said it will be crucial not to whitewash the boulevard’s history and to preserve the area’s “authentic” places.

“As this transition from suburban to urban happens, we need to make sure that all that was great about the boulevard is not lost in the change,” he said.

The plan envisions the boulevard becoming a model for transit-oriented development, because it already has a “rapid bus” lane and it’s located on the planned purple line extension of the San Diego Trolley.

That would make El Cajon Boulevard a model for climate-friendly development, by allowing people to work, live and play without relying on cars for transportation, advocates said.

“This is a living laboratory for a transit-oriented corridor,” said Mary Lydon, a local housing advocate.

“The global culture along the boulevard is a powerful edge to use as a design principal as we plan for the next chapter.”

But advocates conceded that achieving their goals will be an uphill climb, because the boulevard was originally developed based on cars being the dominant form of transportation.

Formerly U.S. 80 and the region’s main east-west freeway for decades, El Cajon Boulevard became more of a “miracle mile” business district when Interstate 8 was constructed a few miles to the north in the 1960s.

Dozens of fast-food restaurants, including the first Jack in the Box location, slowly mixed in with hotels and motels built along the road to serve freeway travelers of an earlier era.

Another challenge is the splintering of the road that occurred when Interstate 805 was constructed through it in the 1970s, and when state Route 15 passed through in the 1990s.

“The freeways became barriers,” said Tootie Thomas, executive director of the El Cajon Boulevard Business Improvement Association. “Some people live really close to amazing restaurants and businesses, but they never make it across the freeway to check them out.”

While the freeways aren’t going away any time soon, advocates say the boulevard can still become pedestrian-friendly if traffic is slowed by adding stop signs, stoplights, crosswalks and gathering spaces that attract crowds.

The timing is ideal, they say, because the city recently approved an array of incentives for developers to build exactly the kind of dense housing for low-income and middle-income residents that the boulevard needs.

Those incentives include allowing developers to build larger projects if they reserve units for people with lower incomes, a similar incentive for projects featuring especially small “micro” units, and the complete communities plan that requires amenities be built along with new housing.

In addition, community leaders along the boulevard are far less opposed to dense projects than in many other neighborhoods.

That gives the boulevard something in common with Little Italy, which many consider a model for dense housing helping a neighborhood flourish.

“There’s wonderful history along El Cajon Boulevard, and obviously there’s a lot of potential to make new history in the years to come,” said City Councilman Stephen Whitburn, who represents the western portion of the boulevard. “I really look forward to this plan helping to activate the area.”

Sean Elo-Rivera, who represents the eastern portion, also has expressed support for the plan.

Nicole Capretz, one of the region’s leading experts on climate change, said the boulevard could become a model for neighborhoods that shrink their carbon footprints so much that the term “zero-carbon” is used to describe them.

“We have a once-in-a-generation opportunity to transform El Cajon Boulevard into a model zero-carbon, climate-friendly corridor that we can scale throughout our region and make us climate-safe and climate-ready,” said Capretz, executive director of the nonprofit Climate Action Campaign.

Because the boulevard covers 60 blocks in the city, the plan recommends a “hub” approach, where the boulevard is broken up into seven smaller portions so community leaders and developers can have a sharper focus.

The seven hubs are the West End, from Park Boulevard to Texas Street; 30 EBC, from Utah to Illinois; BLVD Central, from I-805 to I-15; Fairmont, from I-15 to Highland; Little Saigon, from Highland to Euclid; East End, from 48th to 52nd; and College Gateway, from 52nd to 54th.

BLVD Central, or the central hub, was the focus of the recent town hall meeting.

A key impetus for the new plan is a dedicated pilot bus/bike lane on the boulevard that recently began allowing “rapid” buses to move people quickly down the street. There are seven stops along the boulevard on the bus route, which connects downtown to San Diego State University.

A separate rapid bus route travels up I-15 and has a stop on El Cajon Boulevard, giving residents in the area convenient transit access to job centers in Sorrento Valley and the “golden triangle” area east of La Jolla.

Merchants last year gave developers a tour of the area to spur interest. They’ve also managed in recent years to get lights for the bridges over the freeways and to improve landscaping on the boulevard’s median.

In 1989, the iconic “The Boulevard” sign was erected near the boulevard’s western end.