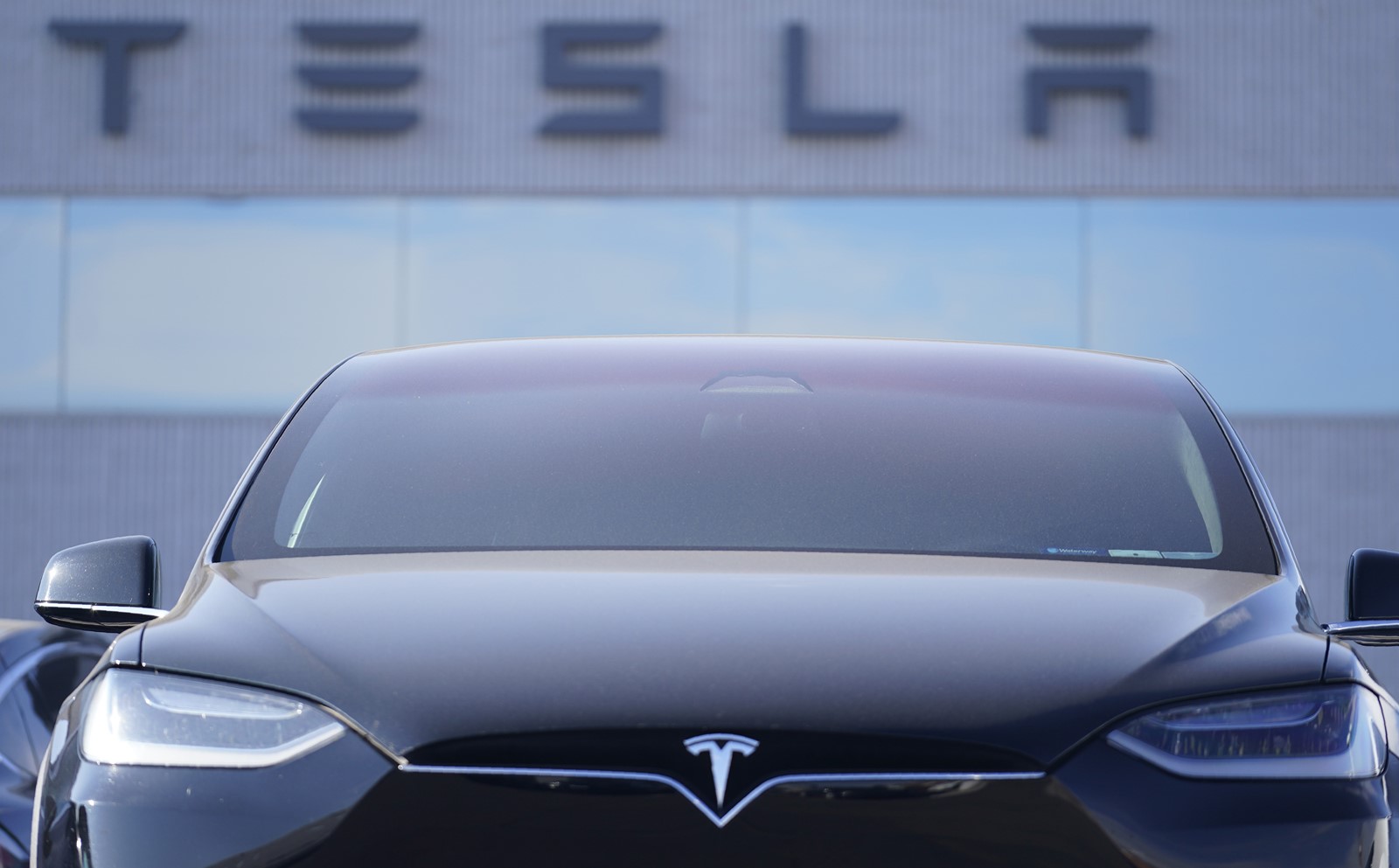 Maybe you’ve seen the viral TikTok video of a young man lying in the back seat of his Tesla, covered in blankets, as the car cruises down the highway. The driver’s seat is empty.

If you haven’t, perhaps you’ve seen another like it. Videos of Tesla owners gleefully abusing the Autopilot system, a set of driver-assist technologies including adaptive cruise control, have become something of a genre across social media over the last few years, even as drivers have been killed while trusting it to operate their vehicles for them.

Officially, the National Highway Traffic Safety Administration discourages such behavior, running a public awareness campaign last fall with the hashtag #YourCarNeedsYou. But its messaging competes with marketing of Tesla itself, which recently said it will begin selling a software package for Full Self Driving — a term it has used since 2016 despite objections from critics and the caveats in the company’s own fine print — on a subscription basis starting this quarter.

That NHTSA has so far declined to confront Tesla directly on the issue is firmly in character for an agency that took a hands-off approach to a wide range of matters under the Trump administration.

“Inactive,” is how Carla Bailo, president of the Center for Automotive Research, summed up NHTSA’s four previous years. “Dormant,” said Jason Levine, executive director at the Center for Auto Safety. “No direction,” said Bryant Walker Smith, a professor and expert in autonomous vehicle law at the University of South Carolina.

The agency went the full Trump term without a Senate-confirmed administrator, leaving deputies in charge. It launched safety investigations into Tesla and other companies but left most unfinished. “A massive pile of backlog” awaits the Biden administration,” said Paul Eisenstein, publisher of the Detroit Bureau industry news site.

Nowhere has the agency’s lack of initiative been more glaring than in its approach to autonomous driving, which — thanks in particular to Tesla — is fast emerging, along with the related issue of distracted driving, as the biggest new challenge to auto safety regulators since the Ralph Nader book “Unsafe at Any Speed” was published in 1965, an event that prompted a public outcry and led Congress to create NHTSA.

Even automakers, loath to criticize their regulators, say they hope for more clarity in the new administration, particularly on driverless cars. “We need clear federal statutes and guidelines, as opposed to [the current] hodgepodge at the state level,” said Scott Keogh, who runs Volkswagen’s North America business.

To the extent the new administration has signaled a priority for auto regulation, it has been climate change. A climate scientist from the California Air Resources Board, Steven Cliff, was named NHTSA deputy director last month. He’ll be instrumental in attempts to rescind Trump’s rollback of fuel mileage and greenhouse gas standards. Whether he’ll be named to the top spot is yet to be determined.

Whoever takes charge must balance the long-term potential for next-generation cars to reduce pollution, traffic and greenhouse gases against the near-term risks of deploying buggy new technologies at scale before they’re fully vetted. In the “move fast and break things” style of Silicon Valley, Tesla Chief Executive Elon Musk has embraced those risks.

Musk said last month that Tesla cars will be able to fully drive themselves without human intervention on public roads by late this year. He’s been making similar promises since 2016. No driverless car expert or auto industry leader outside Tesla has said they think that’s possible.

Law professor Smith is impressed by Tesla’s “brilliant” ability to use Tesla drivers to collect millions of miles of sensor data to help refine its software, but “that doesn’t excuse the marketing because this is in no way full self-driving. There are so many things wrong with that term. It’s ludicrous. If we can’t trust a company when they tell us a product is full self-driving, how can we trust them when they tell us a product is safe?”

The Detroit Bureau’s Eisenstein is even harsher. “Can I say this off the record?” he said. “No, let me say it on the record. I’m appalled by Tesla. They’re taking the smartphone approach: Put the tech out there, and find out whether or not it works. It’s one thing to put out a new IOS that caused problems with voice dictation. It’s another thing to have a problem moving 60 miles per hour.”

Other carmakers selling systems similar to Autopilot use eye-tracking and other harder-to-fool driver monitoring systems. Tesla uses a torque sensor on the steering wheel to monitor driver attention, a system that can be hacked using oranges, bottles of water or commercially available defeat devices.

A 2016 directive issued by NHTSA under the Obama administration made clear that “predictable abuse” could be considered a defect in autonomous vehicle deployment. Under Trump, however, the agency did nothing as those viral videos made it clear how easily Tesla’s attention system could be spoofed.

A different federal safety agency last year criticized NHTSA for inaction on the issue. The National Transportation Safety Board — which investigates airplane, car, truck and train crashes but has no regulatory authority — blamed predictable abuse for a 2018 fatal crash in Mountain View, Calif., where an earlier version of Tesla’s semiautomated system, Autopilot, drove the car into a concrete abutment. “Government regulators have provided scant oversight” of Autopilot and similar systems, NTSB Chairman Robert Sumwalt said at a 2020 hearing.

Musk regularly issues statistics purporting to show that Autopilot and Full Self Driving are on balance safer than cars driven by humans alone. That could be, but even if Musk’s analysis is sound — several statisticians have said it is not — the data is proprietary to Tesla, and Tesla has declined to make even anonymized data available to university researchers for independent confirmation. Tesla could not be reached for comment — it disbanded its media relations department last year.

More access to data about car crashes would help NHTSA, law enforcement, the courts, safety advocates and the general public better weigh the risks and rewards of cars driven partly by humans, partly by automated computers. But NHTSA’s crash and fatality data collection operations haven’t changed much since the 1970s. They’re based on varying methods of collection by thousands of police departments, many of them still paper based. NHTSA’s system is so old-school that the final report on fatalities and injuries for 2019 won’t be available until late 2021.

Under Trump, NHTSA promoted the idea of voluntary data sharing among autonomous car developers. More than a dozen companies have begun sharing limited data on a NHTSA web page, but Tesla is not among them.

Beyond self-drive safety issues, NHTSA’s previous leadership kicked the can on several other Tesla safety issues to whoever succeeds them:

In 2019, after a series of Tesla battery fires, NHTSA launched an investigation of the company’s software and battery management systems. Later, the agency said allegedly defective cooling tubes that could cause leaks were being examined as well. At the time, the agency did not make public information it held about battery cooling tubes prone to leakage that were installed in early versions of the Model S and Model X.

Since late 2016, many Tesla drivers have complained about “whompy wheels” on their cars — a tendency for the suspension system to break apart, which sometimes caused a wheel to collapse or fall off the car. Chinese drivers lodged similar complaints, and in October, China authorities ordered a recall of 30,000 Model S and Model X cars. A Tesla lawyer wrote NHTSA a letter arguing a U.S. recall was un necessary and blameddriver “abuse” for the problems in China. NHTSA said in October it is “monitoring the situation closely.”

Four days before Biden’s inauguration, NHTSA announced that defects in Tesla touch-screen hardware can make the car’s rearview camera go blank, among other problems. Rather than order a recall, NHTSA said it asked Tesla to voluntarily recall about 158,000 Model S and Model X cars for repair. On Feb. 2, Tesla agreed to recall 135,000 of those cars.

Asked about NHTSA’s treatment of Tesla under Trump, spokesman Sean Rushton told The Times in January that “NHTSA treats all manufacturers the same.”

Responding to the characterization of the agency as inactive for the last four years, Rushton sent a list of accomplishments that included a heavy fine against Hyundai for engine stalling and an app drivers could use to be alerted if their car had been recalled.

NHTSA’s No. 1 accomplishment under Trump, Rushton said, was the rollback of fuel mileage requirements. The agency argued that cars will be less expensive with more lenient mileage and emissions requirements, so more people could afford newer cars with advanced safety features. Rushton, who left the agency late last month, called it “the most important traffic safety measure of recent times.”

Cliff’s appointment as deputy administrator probably means NHTSA will move quickly to rescind the mileage rollbacks. Whether NHTSA will beef up its rules and enforcement around self-driving and other safety issues for manufacturers — even the ones producing high volumes of zero-emission cars — remains an open question.