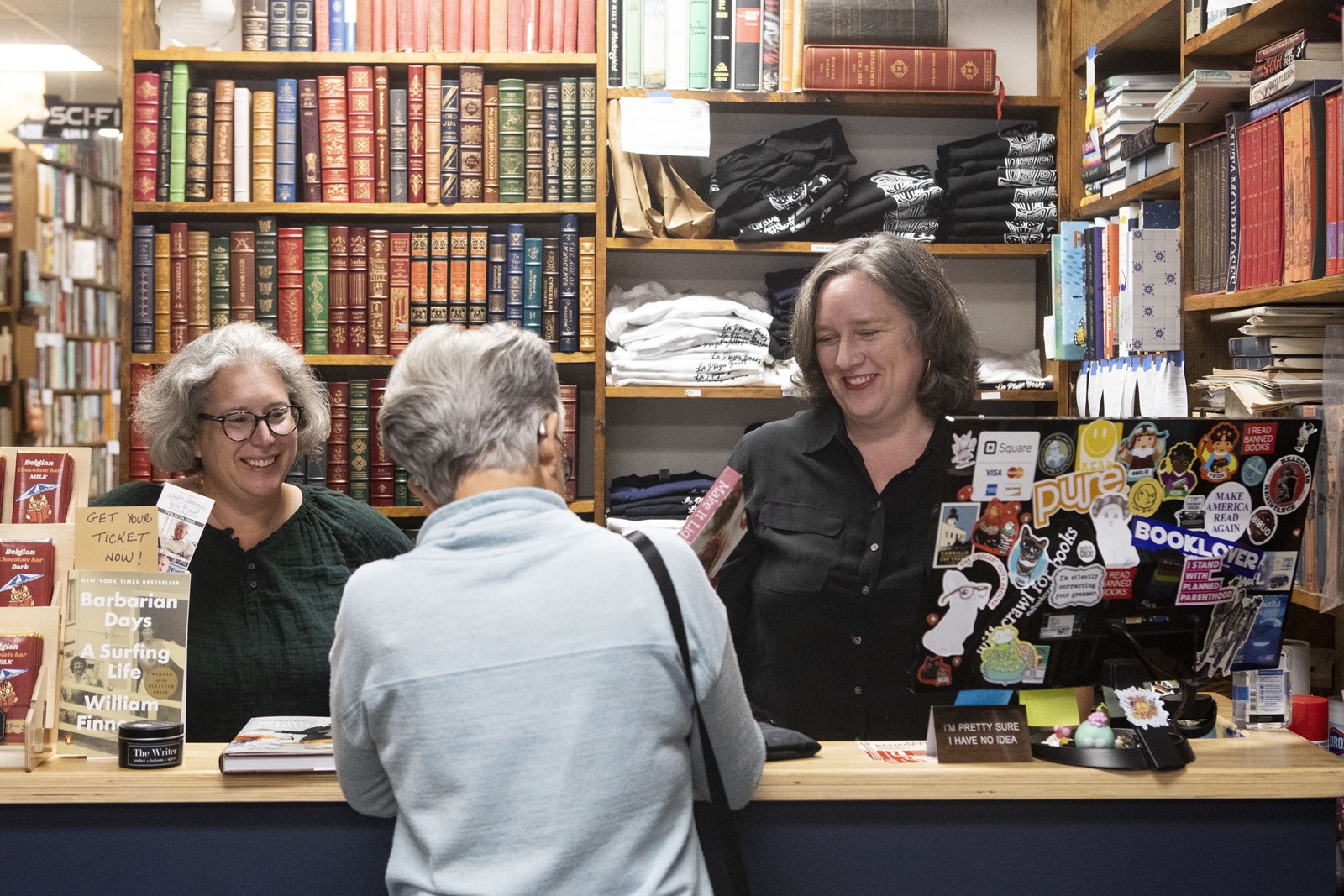 Growing up in suburban Southern California, my neighborhood bookstore was not in a neighborhood but in an Inland Empire mall. In those budding-bibliophile years, the Pickwick Books in Montclair Plaza was the recipient of all my love and most of my babysitting money, and time spent in its retail embrace always felt like a piece of Orange Julius-scented heaven.

Now, my neighborhood bookstore is in South Park. And North Park. Also La Jolla, Barrio Logan, Point Loma and the Midway District. None of these neighborhood nirvanas smell like Orange Julius, but all of them feel like a destination of the heart.

“A bookstore is not just a shop on the corner,” said Amy Hesselink, manager of La Playa Books in Point Loma, which celebrates its sixth birthday on Saturday. “It’s not just a retail business. It is part of the community.”

One wonderful perk of shopping at San Diego’s independent bookstores is that it makes you part of a great story. A bunch of great stories, actually.

There is the one about how the Mysterious Galaxy Bookstore had been given a 60-day eviction notice and was rescued by customers Matthew Berger and Jenni Marchisotto, the married couple who bought the bookstore in 2019 and moved it from Clairemont to the Midway District.

There was the time in 2019 when local booksellers banded together to keep the Book Catapult in South Park open while co-owner Seth Marko was recovering from open heart surgery, and his wife and co-owner, Jennifer Powell, was taking care of him.

In 2020,Coronado’s Bay Books reopened for business in a new location after nearly closing when a new landlord raised the rent. After Marianne Reiner closed her Run for Cover bookstore in Ocean Beach that same year, she started an Adopt-a-Reader program to send new books to students at Ira Harbison Elementary School in National City. The response from her newsletter subscribers went far beyond her wildest book-sharing dreams.

And last year, a group of about three dozen community members pooled their resources to buy the La Jolla building that was the longtime home of Warwick’s bookstore, giving the iconic store a sense of security that extends far beyond its walls.

“There is this whole thing about bookstores being a ‘third place.’ You have your home, you have work, and then you have that third place that you go to,” said Hesselink, who asked Run for Cover’s Reiner to join La Playa’s bookselling team last year.

“Some people go to a bar. Some people go to the local community center or their library. But a bookstore also functions as a third place. It’s a safe place where people can feel comfortable and feel seen and heard.”

At the Book Catapult, community means “Coffee with the Catapult,” a monthly confab where Marko introduces attendees to new books, staff picks and literary trends, all over free cups of coffee and bottomless possibilities. At Bluestocking Books in Hillcrest, it means collecting new books for babies enrolled in UC San Diego’s High-Risk Infant Follow-Up Program.

There are poetry readings at Verbatim Books in North Park, Dungeons & Dragons meetups at Mysterious Galaxy, and weekly “Tea Time Book Recommendations” on Facebook Live, courtesy of the experts at Warwick’s.

And at Libélula Books & Co. in Barrio Logan, which opened in June of 2021, being part of the neighborhood means hosting open-mic nights and poetry readings, offering free after-school tutoring and free use of in-store laptops to local students, and making its indoor and outdoor spaces available for community events.

It also means being there for the readers who need them.

“When people come into a bookshop, they are coming in with a question or because they are seeking something,” said Jesi Gutierrez, who co-owns Libélula Books with their partner, Celi Hernandez.

“A bookstore is sort of an everything store. Even if you don’t know what you are seeking, you can show up, and the bookshop will show you what you need.”

So on this day when we give thanks for our many good fortunes, let us raise a grateful glass to San Diego’s independent bookstores and the people who lift our spirits every time they open their doors. Let us also keep their missions in mind this weekend, when many of them will be celebrating Small Business Saturday with special events and offers.

Because when you visit your neighborhood bookstore, books are just the start of the blessings.