By Thomas Black and Alan Levin 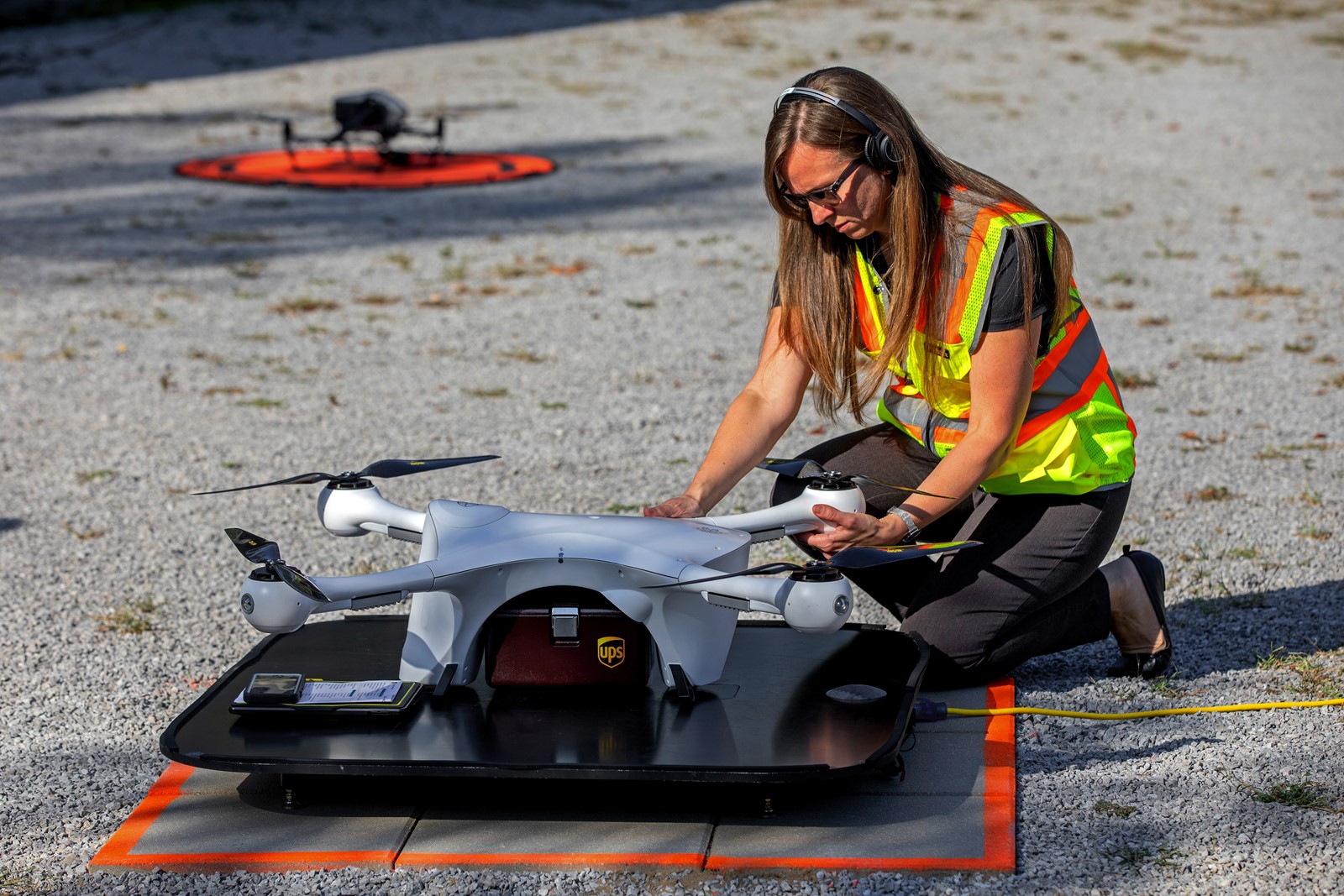 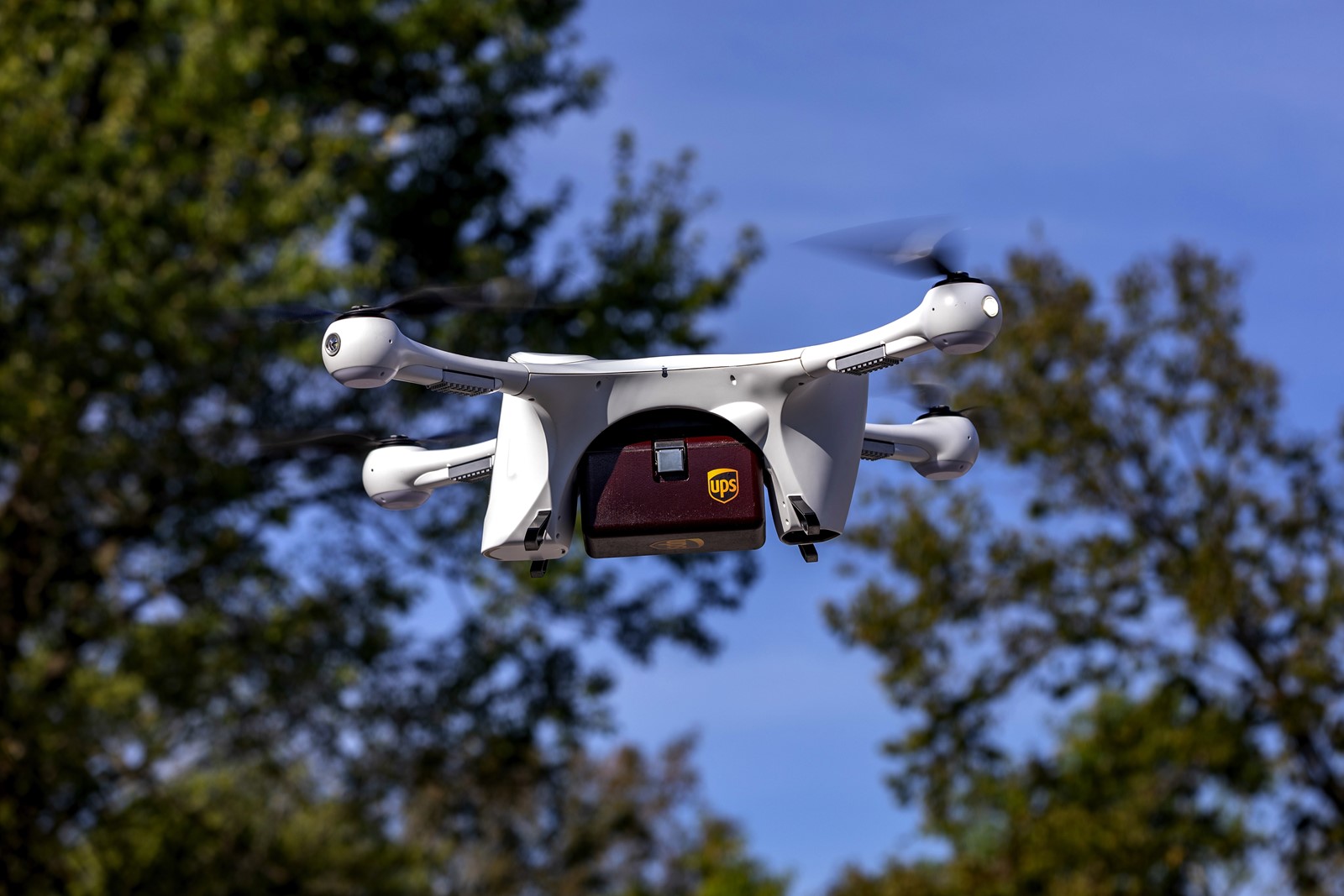 United Parcel Service Inc. won U.S. certification to fly drones under regulations similar to those for airlines, a milestone that allows the company to vastly expand airborne deliveries.

The Federal Aviation Administration gave the courier permission to use delivery drones at hospital, university and corporate campuses with few restrictions, including letting operators fly the aircraft at night and over people. Current regulations prohibit drone flights after dark, above people, beyond the remote pilot’s line of sight and at weights heavier than 55 pounds.

“We believe now there are hundreds of campuses across the United States where we’re going to be able to offer this solution,” UPS Chief Transformation Officer Scott Price said in an interview. “We’re pretty confident we’re going to be at the forefront of trialing the various models.”

The FAA’s decision, announced Tuesday, is a big step forward in the move toward routine drone shipments. The devices promise to reduce carriers’ costs as the surge of e-commerce increases demand for home delivery, which squeezes profit margins because there are fewer packages per location than at business addresses.

So significant is the FAA certification that UPS Chief Executive David Abney plans to mark the occasion by ringing a bell at the company’s headquarters that is reserved for corporate milestones, such as big mergers.

The Atlanta-based company said it has made more than 1,000 revenue-generating test flights at the WakeMed hospital campus in Raleigh, N.C. One recent flight was beyond the operator’s line of sight. UPS expects to roll out more drone deliveries in advance of more expansive regulations that are expected in 2021.

UPS eventually will make residential deliveries with drones, most likely in rural and suburban areas, Abney said on Bloomberg TV. In one scenario, drones would be launched from the top of a delivery truck to make shipments while the driver continues on the route. The drones would return to the vehicle, ready to be loaded with another package, he said.

“We’re excited about where we are. We’re way ahead of anyone else,” Abney said. “But, there’s much more to come and UPS is going to lead the way.”

The FAA certification comes under Part 135 of FAA regulations, which requires extensive manuals, training routines, maintenance plans and a safety program. The designation for UPS also makes it easier to obtain exemptions at locations other than campuses.

UPS demonstrated that its drone operations met the FAA’s “rigorous safety requirements” for the air carrier certificate based on test flights and extensive documentation, the U.S. Transportation Department said.

“This is a big step forward in safely integrating unmanned aircraft systems into our airspace,” Transportation Secretary Elaine Chao said in a statement.

UPS, which operates 564 owned and leased traditional airplanes, is interested in drone deliveries of parcels as well as heavy cargo, Price said.

The company plans to announce strategic partnerships with drone makers, the designers of traffic-management systems and customers such as retailers.

Drone adoption has been slow going as authorities wrestled with how to regulate the devices. Early drone deliveries assist authorities and couriers to address challenges such as creating a traffic-management system and testing technology for the unmanned aircraft to avoid objects in flight.

Alphabet Inc.’s Wing, an offshoot of Google, received partial approval to operate as a small commercial airline in April.

The company announced Sept. 19 that it will begin delivery tests in Virginia in a partnership with FedEx Corp. and Walgreens Boots Alliance Inc.

Amazon.com Inc. unveiled a sophisticated drone design in June and said it hoped to begin testing it soon. The online retailer hasn’t commented on whether it is seeking similar FAA approvals. A handful of businesses have received approval to fly beyond an operator’s line of sight in FAA test programs.

Several other companies, including Flirtey Inc. and Zipline, are seeking approvals or have conducted delivery flights in other countries.

UPS is proving that it can deliver products faster and cheaper by drone, Price said. WakeMed will be able to keep anti-venom medication at a central location and send it by drone to where it’s needed, reducing the cost of keeping inventory at several buildings.

Drone deliveries have huge potential, Price said, though he declined to speculate how much revenue they will be able to generate.

“It wasn’t too long ago that people thought selling books online was a niche business,” he said. “The world needs to not limit what is the future because I think there is massive opportunity here.”

Black and Levin write for Bloomberg.