Network of language buffs is the enemy of the opaque as it roots out government mumbo-jumbo in the name of clarity. 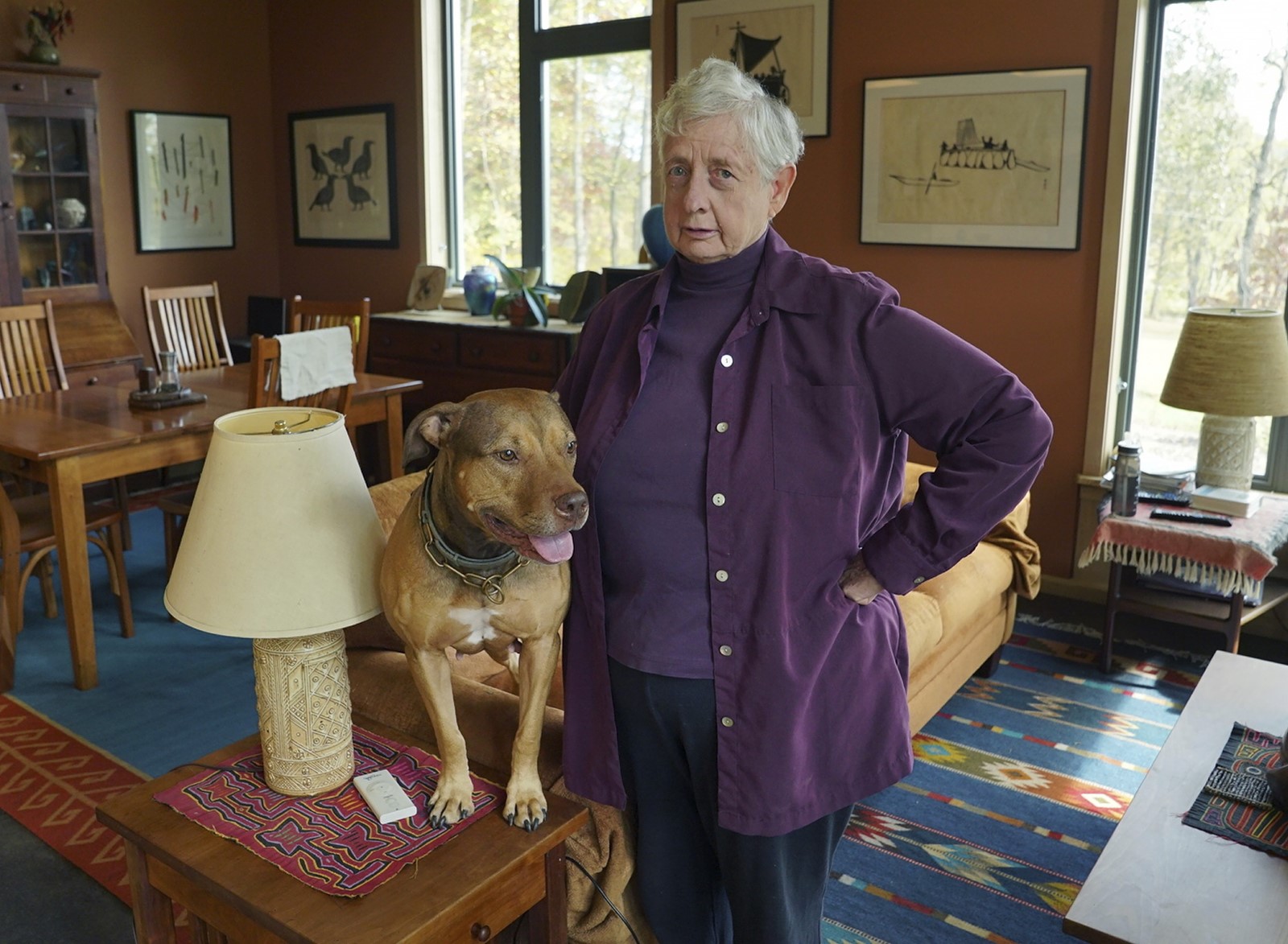 The crack team of federal specialists proceeded cautiously and deliberately, activating a vast network of experts to avoid missteps.

Skillful guidance was crucial to navigating the vexing case that had gone cold for the organized crime unit of the Mesa (Ariz.) Police Department.

One word or two? Hyphen or no?

The case of how to describe those tiny Ziplocs favored by drug dealers would not be quickly shut. The matter would be dissected on an obscure government listserv in an exchange that stretched over 44 messages.

This is a different arm of law enforcement — a posse of language police deputized a decade ago by Congress. Their resolution in the Mesa mystery:

microbaggie. One word, no hyphen and a plan to petition Webster’s to add microbaggie to the dictionary.

Top leadership in Washington hardly valued clear, concise or correct communication over the last few years. Presidential musings routinely veered into indecipherability. “I call it the black hole,” said Annetta Cheek, a former bureaucrat in her mid-70s who helped launch the government’s plain language movement. But the deep state of Plain Language persevered.

A loose network of jargon critics, crusaders for clarity and gatekeepers of grammar, they regularly invoke the little-known Plain Writing Act signed into law early in the Obama era.

As they do, they nudge a government predisposed to over-complication and incomprehensibility toward making sense.

They stubbornly drag the bureaucracy along, using methods that are generally subtle and gentle but occasionally blunt.

“We don’t want to be known as just sitting back here with our red pen, waiting to mark things up,” said Barbra Kingsley, of the Center for Plain Language, a nongovernmental organization that sometimes acts as the outside muscle, shaming bureaucracies that overwhelm with acronyms and multisyllabic words.

“But sometimes you’ve got to call things out…. I have seen some writing that is incredibly horrible. I collect bad examples.”

The center singles out the worst of the worst for its annual WTF award. Yeah, it stands for what you think: Work That Failed.

“PERSONS SHALL REMOVE ALL EXCREMENT FROM PETS PURSUANT BY LAW #122-87.”

In other words, clean up your dog’s mess.

The Department of Energy, a past repeat offender, was called out for bad behavior in a plain language “report card” penned by a panel of judges that fillets unwieldy government communication.

The critique singled out a Trump-era headline on the department’s homepage as an exemplar of the worst sort of jargon-filled horror show:

“NNSA’s MSIPP manager traveled to KCNS and NETL to see the benefit of the program on its participants.”

“You might think this is just about using the right words, but it is more than that,” said David Lipscomb, who teaches writing at Georgetown University and heads up the report card.

The Department of Energy upped its game the following year.

Its most popular page — “How do Wind Turbines Work?”— won the coveted “Most Improved” award from the plain language police. “I love the sincerity of this page,” one judge wrote. But old habits die hard. The department’s “Writing Quality” grade in 2020: D.

Other agencies also were relegated to what a bureaucrat might refer to as a domesticated canine temporary shelter facility.

Last year, seven got F grades for failing to comply with the Plain Writing Act. All but one had flunked in 2019 too: Commerce, Housing and Urban Development, Interior, Transportation and Treasury departments, as well as the Environmental Protection Agency.

The report card’s take on the Trump administration’s public health guidance amid the pandemic was characteristically concise: “these pages are disappointing.”

Just before the pandemic, the most fervent plain language evangelists from across the globe gathered in Oslo, where they devoured the content of panels with titles like “oh sh*t, digitalization means we need flawless written communication” and “plain language and interaction design — a magical combination!”

The devotees of clarity toasted progress on plans for an officially recognized “international plain language standard.”

It involves petitioning a global regulatory board that has bylaws which, frankly, could use their own dose of plain language.

“If we are not quite married to plain language, we are dating it pretty seriously,” said Katherine Spivey, a U.S. General Services Administration employee who helps run the federally sanctioned Plain Language Action and Information Network, or PLAIN.

A fellow officer at PLAIN, Miriam Vincent, an attorney at the Office of the Federal Register, recalled a small-group discussion that stretched for months on the use of hyphens.

“My friend’s husband once said he would just get us a nit farm, since all we do is sit and pick nits all day,” she said.

PLAIN members regularly meet in conference rooms deep in Washington’s labyrinth of agency buildings to wax lyrical about language. But “Ode on a Grecian Urn” this is not. These writers favor precise Power Points over poetry.

There are occasional bursts of artistic expression.

Some agencies haven’t been as eager to spread the gospel of clear communication, though the General Services Administration did use very plain language to initially decree that Spivey could not talk with the media.

Yet things were so much worse in those dark days before the language police were deputized.

“The writing was terrible,” Cheek said of her early days in government in the late 1970s, when she drafted regulations for the National Park Service. Cheek is a trained archaeologist who splits her time in retirement in the rolling hills of a Virginia exurb between advancing the crusade for plain language and tending to her two spirited pit bulls, Aodnait (Celtic for “fire”) and Keegan (Celtic for “small and fiery”).

Cheek is something of a pit bull herself. She ignored the relentless parade of government attorneys and supervisors who insisted that opaque and confusing language was the only way to be legally precise.

The movement impressed the Clinton White House, which began drafting an executive order mandating plain language in government — until an administration attorney deep-sixed the idea because he did not find the mission suitably “magisterial.”

“Considering some of the stupid executive orders that come out, I don’t know how he said that,” Cheek said. Soon after, then-Vice President Al Gore took on the clear-communication crusade.

Gore started showing up at agencies to bestow a “No Gobbledygook” awards for improved writing. It took shape of a Beanie Baby named “Gobbles.”

Gore would highlight “before and after” stories, where dreadful pieces of writing were polished into exemplars of clarity.

“He was perfect for reading the ‘before,’ ” Cheek said. “He is not the most stimulating public person.”

Some agencies, however, weren’t feeling it, and weren’t changing. That’s when Congress was enlisted.

“The hardest step was finding someone to sponsor this,” Cheek said. “It is kind of a weird thing.”

Apparently not to then-Rep. Bruce Braley, an Iowa Democrat who hauled agencies that got poor marks on their plain language report cards into House hearing rooms.

Today, the scrutiny is more likely to come from the growing platoon of plain language police. The passionate examination of the microbaggie, for example, was informed by the work of a hyphen subcommittee that met for months during the George W. Bush administration.

Some of the plain language police recently investigated the matter of subbing in potty words for medical terms when guiding lay folk on digestion troubles.

A military editor was quite firmly against it. Others worried legions of Americans may not know the technical term for their discomfort: constipation.

As luck would have it, United Kingdom health officials had hosted a webinar on exactly this dilemma. It was accompanied by a write-up: “Pee and poo and the language of health.”

True to form, the Brits had taken a more progressive approach to this healthcare conundrum. A U.S. Centers for Disease Control index of “Everyday Words for Health Communication” has plenty to say about how government writers can sidestep terms like “contamination” and “contagion.”

But constipation? The CDC index doesn’t touch that one.