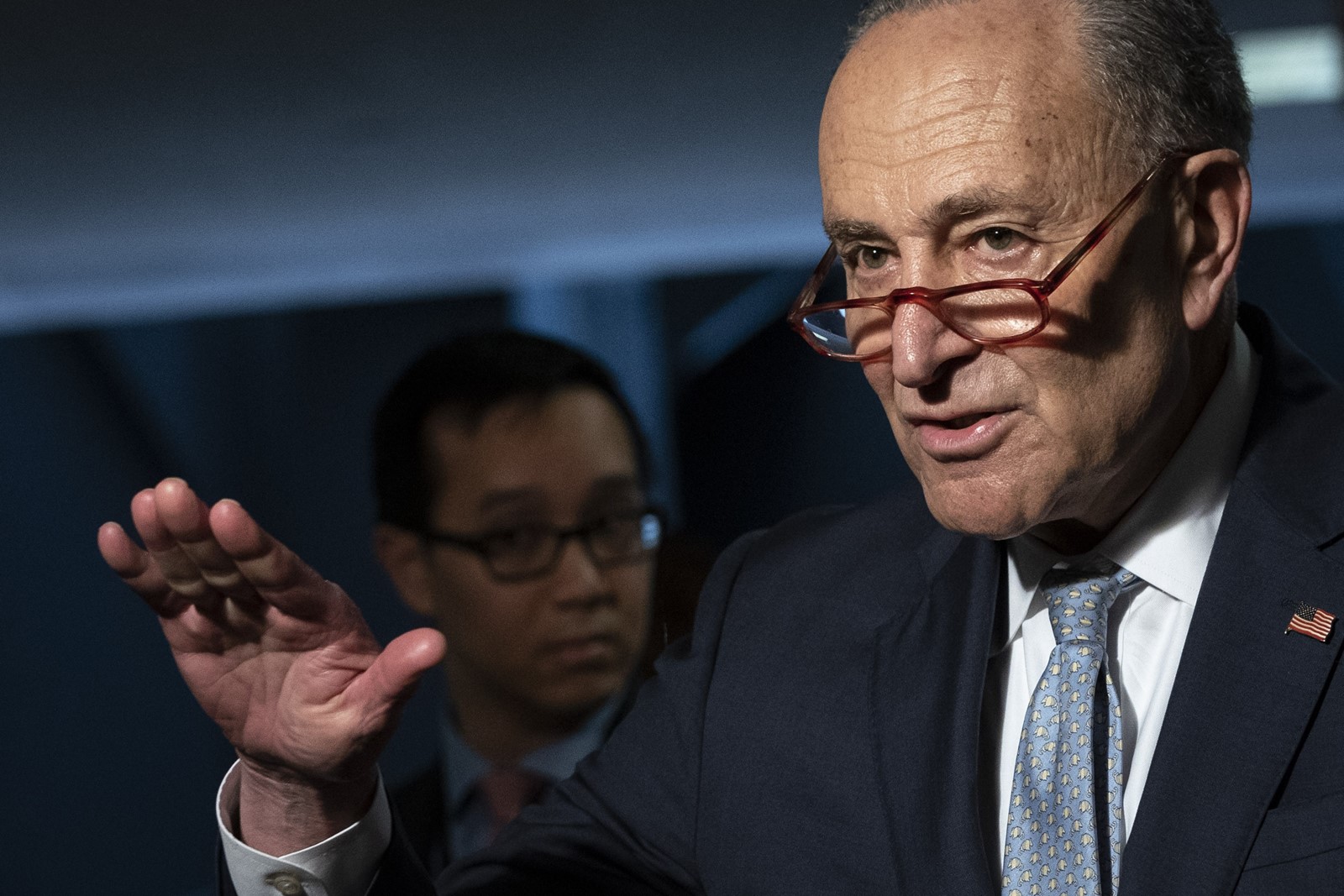 WASHINGTON — Democrats and the Trump administration were at a stalemate Wednesday over how to resupply the popular Paycheck Protection Program, which helps small businesses cope during the coronavirus pandemic and is due to run out of money as soon as Wednesday night.

The standoff came as Senate Democrats pushed the administration to lay the groundwork for how the nation may reemerge from social distancing and stay-at-home orders.

Republicans and Democrats agree they need to provide more funding to the Paycheck Protection Program, which offers forgivable loans to help small businesses maintain their payrolls amid the deep economic fallout from the coronavirus.

But the GOP balked at additional Democratic demands, such as tagging some of the funding for businesses that don’t have an existing relationship with a bank that supply the loans. Participating banks have largely given preference to their current customers.

As of 9 p.m. Eastern time Wednesday, the Small Business Administration had approved 1.5 million applications totaling more than $324 billion of the $349 billion that Congress authorized in last month’s $2.2-trillion coronavirus relief package, according to the agency.

Sen. Marco Rubio (R-Fla.), chairman of the Senate committee with jurisdiction over small business, said that the program is expected to “grind to a halt” Wednesday evening as it hits its spending limit.

“Now 700,000 small business applications are in limbo & no new loans will be made until the game of chicken in Congress ends,” Rubio said on Twitter. “Inexcusable.”

President Trump chastised Democrats, accusing them of blocking money to a program that has widespread bipartisan support.

The Paycheck Protection Program has been “so good that it’s almost depleted and we want to replenish it,” he said. “And we can’t get the Democrats to approve it. And that’s a program that they and everyone else admits is great.”

House Speaker Nancy Pelosi (D-San Francisco) told CNN on Wednesday that Democrats were trying to ensure that a portion of the funding is set aside for small businesses that need it the most.

“What we were finding out, in just even the first hours of [the program], was that it was not working for the, shall we say, under-banked,” she said.

Senate Minority Leader Charles E. Schumer (D-N.Y.) and Pelosi’s staff spoke Wednesday with Treasury Secretary Steven T. Mnuchin and agreed to continue negotiations on Thursday, when the issue could come to a head, according to a senior Democratic aide.

The Senate is due to hold a brief session in Washington, during which Republicans and Democrats may try to quickly pass a bill to address the issue.

The standoff over the funding program comes as Democrats on Wednesday released a national coronavirus testing strategy, arguing that they’re filling a void left by the Trump administration, which hasn’t released a plan to scale up COVID-19 testing to allow Americans to return to work and school.

“The U.S. lags the world in testing and we lead the world in COVID-19 cases,” said Sen. Debbie Stabenow (D-Mich.). “We are raising the alarm bells.”

The demand for a national strategy comes as health experts have reached consensus that the first step in allowing people to ease off social distancing is extensive and accessible testing so that those who are infected can isolate while others can go to work and school. In addition, they agree that effective antibody tests will be required so people know if they have been exposed to the virus and have recovered.

The Trump administration hasn’t done enough to develop a testing plan, Democrats say, pointing to a decrease in recorded COVID-19 testing last week. Trump has said repeatedly that he wants the economy to reopen quickly, but has not detailed how he would determine when to do that and how testing might factor into that decision.

The Democrats’ goal would be to develop a plan to ensure testing is “fast, free and everywhere,” said Sen. Patty Murray (D-Wash.), who led the development of the plan. They say they will try to get the requirement for a national testing strategy into the next major coronavirus relief bill.

The Democrats’ plan would require the administration to develop a strategy for the nation. It would provide emergency funding to quickly scale up access to testing, including the development of millions of tests and supplies, and a reliable pipeline of production.

The plan would also require the administration to ensure access to testing in every community, including areas that are now underserved, and public health infrastructure to better contain the virus, including more thorough contact-tracing for people who develop COVID-19.