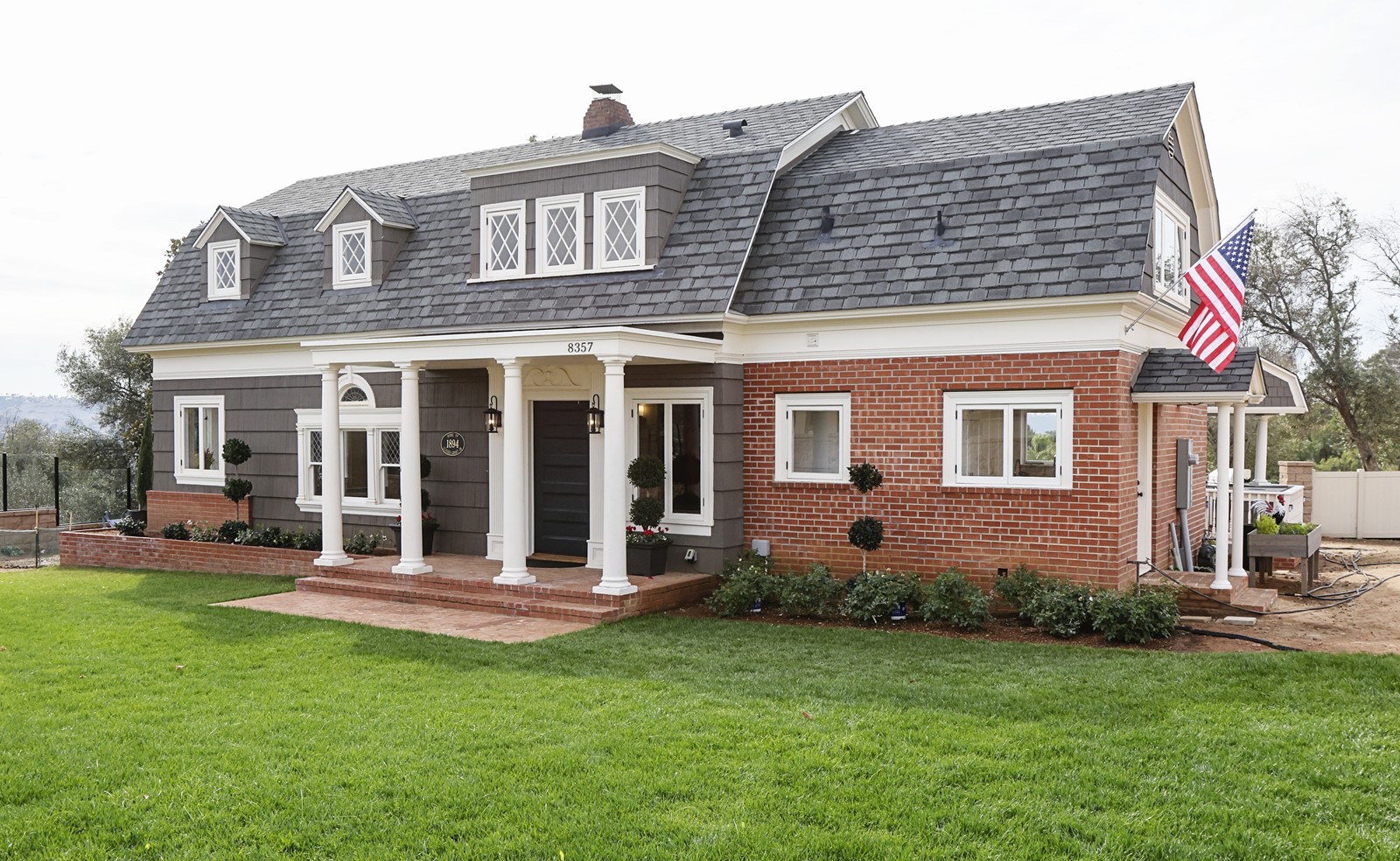 Tucked away in the 19-unit Carriage Hill subdivision at 5771 Sweetwater Road is a two-story cottage, out of character with its three-car-garage, red-tile-roofed stucco neighbors.

“It’s the crowning jewel of my development career,” said Jeff Phair, who partnered with developer Bill Davidson to restore the house and build out the Bonita subdivision this year. “Preserving our history is important, especially since I’m a third-generation Bonitan. So I needed to see it done right. I’d have been petrified if some other developer had got hold of it.”

This is the Ulysses S. Grant Jr. House, built as a country getaway by “Buck” Grant, son of the Civil War general and president. He called it “Aloha Ranch.”

Once one of most prominent but now a little-remembered early civic leaders, the younger Grant had never been to San Diego before he and his family moved here in 1893. Like so many other newcomers at the time, they were seeking a better climate for Buck’s ailing wife, Fannie, and mother, Julia Dent Grant, widowed eight years earlier. Buck’s younger brother Jesse also moved here with his family at the same time.

Their father had passed through San Diego in 1852 on his way from Panama to San Francisco, but news accounts and his memoirs and letters never mentioned any other connection with San Diego, according to presidential scholars.

On his arrival here, Buck Grant bought a three-story property at Eighth Avenue and Ash Street and hired noted San Diego architect William S. Hebbard to build the Bonita home in 1894. That same year Jesse Grant commissioned a similar home from Hebbard at Sixth Avenue and Quince Street, across the street from an as-yet undeveloped Balboa Park.

In 1925, the Ash Street mansion was sold and razed to make way for the El Cortez Hotel; it was converted to residential condo use in 2004. The Quince property remained in the family’s hands until 1954 and was demolished in 2000, its lot still vacant.

Buck Grant took a prominent role in local causes, such as water development and Balboa Park’s development (he chaired the 1915 Panama-California Exposition board), and invested in numerous real estate ventures, most notably the U.S. Grant Hotel that opened in 1910. He died in 1929 and some descendants still live in the county.

Until well into the 20th century, Bonita remained a rural community of ranches and farms. Phair, whose father, David, founded the Highlander men’s clothing shops, remembers riding horses from his family home, down the hill from the Grant house, to the Mexican border. His maternal grandfather, Robert Griffin, had moved to San Diego about the same time as the Grants and taught school and served on the Chula Vista City Council in the 1940s.

Phair learned construction from his father in the 1960s, graduated from Hilltop High School in 1970 and earned business and law degrees at the University of San Diego. He got into the commercial real estate brokerage business and oversaw the early development of Eastlake in eastern Chula Vista in the 1980s. He started his own development company in 1988.

“Over the past 40 years I’ve been involved in planning, design and development of about 6,000 housing units and 1.5 million square feet of commercial buildings,” he said.

But always in the back of his mind was the Grant house and its rural surroundings, where he and his buddies would gather for moonlit dates.

About three years ago, he bought the property after a 10-year escrow, necessitated by a messy foreclosure against the previous owner, and brought in Davidson as the general contractor.

After the Grants sold the house in the 1920s, it was soon acquired by Universal Studio founder Carl Laemmle and his Hollywood friends as a “gentlemen’s retreat” on the way to and from the Caliente racetrack in Tijuana.

In 1945 the house and its surrounding 130 acres sold again, this time to Louis Farrington, a Convair executive, and his wife, Mary. They remodeled the house about a decade later to make room for a third daughter. The entrance with its four columns was moved from the southern to the eastern exposure, the old front porch was enclosed. An addition to the north made room for a new kitchen and upstairs bedroom. Farrington also set up a junior riding club, the West Wind Riders, with monthly horse shows.

“It was a paradise growing up,” said middle daughter Jaimie Bruzenak, now living in Arizona. “We had trees to climb and acreage, and I had a horse so I could ride all over the place.”

(DeBello is best known as the director, writer and producer of the 1978 cult classic “The Attack of the Killer Tomatoes” and its 1988 sequel.)

When Davidson began the renovations on the Grant house earlier this year, he said the interior was “completely run down” after years of poor maintenance and wear and tear from a series of renters.

“We owed it to the neighborhood to bring the house back and find the right buyer,” Davidson said.

He brought the plumbing and electrical lines up to code, added insulation and molding, and gutted the rooms, retaining some of the original features, such as leaded windows and hardwood floors. There’s a state-of-the-art kitchen, a spacious backyard deck and a master bathroom (complete with a clawfoot bathtub) He is leaving the new owner to decide on what sort of garage to build.

He compared it to his 1990s restoration of the 100-year-old Mt. Woodson-Amy Strong Castle west of Ramona.

“I always like the idea that there’s something unique about a project, whether it’s Mt. Woodson or whatever,” Davidson said. “I thought a project (with) a house as significant as the Grant house is something we kind of look for. It gives the neighborhood an identity, something to celebrate. And I just love fixing them up and bringing them back.”

Phair, who will turn 70 in January, said one unsolved mystery was the significance of a handgun found behind one of the walls during construction. He said one urban legend said a politician was shot at the house and the weapon was never found.

“I’m an environmentally friendly developer, long before it was politically correct to say you were a ‘green’ developer,” he said. “In all my projects I try to take care of mother nature first.”

But he drew the line when Bonita citizen planners objected to a stable project he built nearby. They worried that horse manure would contaminate the nearby Sweetwater Reservoir and suggested he provide flushing toilets for the horses.

“I said, you know, the reservoir is 70 to 80 feet higher in elevation and horse (manure) can’t float upstream,” he recalled. “That ended the conversation. That’s what we developers have to put up with.”

The next open house at the Grant house is Jan. 8 from noon to 4 p.m.

Showley is a freelance writer.