The obesity research that blew up
A CDC researcher found that being a little plump might be healthier than being thin. The big surprise was the firestorm that followed. 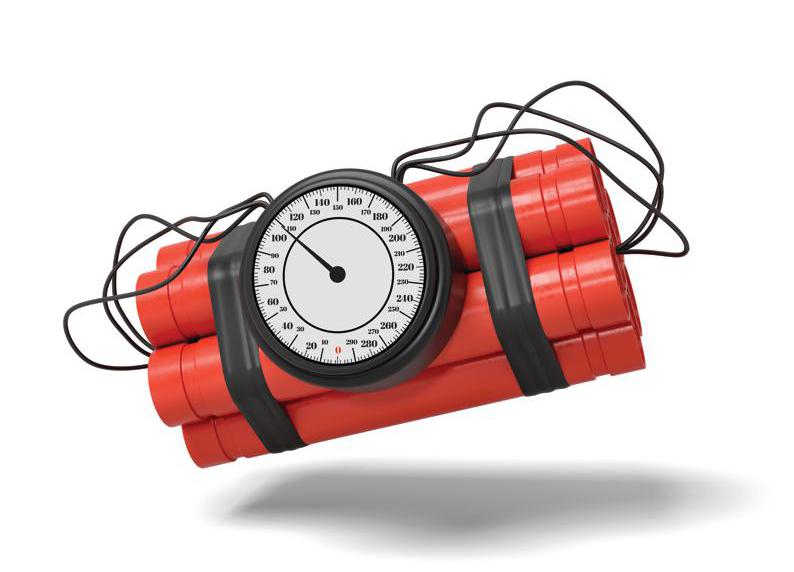 NEXT IMAGE
By Amy Crawford

In 2005, Katherine Flegal, a senior scientist studying obesity at the Centers for Disease Control and Prevention, published a counterintuitive paper in JAMA, the Journal of the American Medical Association. Along with a CDC colleague and two statisticians from the National Cancer Institute, Flegal had analyzed a massive government dataset to estimate the number of deaths associated with excess body weight. While the researchers found that obesity was indeed linked to excess deaths, it turned out that people who were merely overweight — plump, perhaps, but not obese — were at less risk of early death than those of so-called normal weight.

Flegal’s was not the first such study to hit upon this seeming paradox, but it was an interesting result about weight, which is always a hot topic. As the paper’s first author she anticipated fielding a few calls from science journalists. But as she writes in an unusual essay for a forthcoming issue of the journal Progress in Cardiovascular Diseases, “We were unprepared for the firestorm that followed.’’

As that 2005 paper began to get attention, a renowned professor of epidemiology and nutrition at the Harvard School of Public Health, Walter Willett, had already begun his own publicity campaign. Believing Flegal’s findings to be not only wrong but dangerous, Willett and a handful of his Harvard colleagues saw it as their mission to prevent the paper — which Willett deemed “really naive’’ and “deeply flawed’’ — from being taken seriously by other scientists, practicing physicians, or the public.

For more than a decade, Flegal writes, she would find herself the target of “an aggressive campaign that included insults, errors, misinformation, behind-the-scenes gossip and maneuvers, social media posts and even complaints to my employer.’’ Her essay offers an inside look at the sometimes political nature of science — and at how hard it can be for some scientists to consider changing their minds in the face of new data. That’s especially true in a field like public health, where passions run particularly high and the best intentions can sometimes run afoul of the pursuit of truth.

‘A pile of rubbish’

The official definition of “overweight’’ is a body mass index, or BMI, higher than 25 — for someone of either sex standing 5 feet 8 inches tall, the cutoff would come at about 165 pounds. Obesity begins at a BMI of 30, while an adult with a BMI under 18.5 is considered underweight.

Flegal’s 2005 paper used the National Health and Nutrition Examination Survey, a nationally representative sample from in-office medical exams, to calculate the number of excess deaths associated with each BMI category. She and her co-authors accounted for confounding factors, including age, sex, race, alcohol use, and smoking. Every way they looked at it, a BMI between 25 and 30 seemed to be the least risky, even compared with so-called normal weight.

That study contradicted the findings of another CDC team that had been published the previous year, but it was consistent with an already growing body of research indicating that “overweight’’ is a fairly arbitrary category.

“It wasn’t really unusual at all, except that everyone treated it like it was unusual,’’ she says. “I thought we were right in the mainstream. But then it turned out that people didn’t want to see that.’’

As Flegal tells it, she realized something was up when journalists who called to interview her back in 2005 mentioned they had already talked to Willett. “He had apparently begun pre-emptively contacting the press, inserting himself into the discussion, positioning himself as an expert, and providing negative and antagonistic comments on our article before reporters had spoken to me,’’ Flegal writes in her new paper.

Meanwhile, faculty at the Harvard School of Public Health quickly organized a symposium to criticize the work and accuse Flegal’s team of errors she says they had not actually made. And when Flegal gave a talk at the University of California, Berkeley, shortly after the paper was published, she noticed “an unidentified young woman’’ standing at the door, handing out photocopied material from Harvard about the dangers of being overweight.

Her critics said that her paper had not accounted for the relative leanness of smokers or for the tendency of people who are already sick to lose weight as their disease progresses. Both of those phenomena, if improperly addressed in a statistical analysis, could make it appear that thinness is less healthy. But Flegal and her coauthors investigated these potential explanations and found no data to support them.

Over the years, attacks on the paper and on Flegal herself continued, not only through mainstream scientific channels but also in the press, in official Harvard School of Public Health communications (“It is clear that the Flegal study is misleading and should be ignored’’), in a 2008 textbook by the Harvard epidemiologist Frank Hu, and even via spurious edits to Wikipedia. Blog posts and articles by Harvard affiliates said — erroneously — that Flegal had been “demoted’’ at the CDC, which had “recanted’’ her work (in fact, the paper won a prestigious internal award). Former students at the Harvard School of Public Health told me they recall professors disparaging Flegal’s own weight as they dismissed her research in class discussions.

In 2013, Flegal followed up her 2005 paper with a meta-analysis — a review of published papers — in JAMA. In this research she and her coauthors reviewed 97 studies covering nearly 3 million people. Once again, they found people in the overweight category were least at risk of premature death. And once again, the paper roiled the fields of nutrition and public health, attracting special censure from Willett and his Harvard colleagues.

Willett emailed the CDC director to complain, arguing that the meta-analysis had caused damage and confusion and undermined public confidence in science. “Kathy Flegal just doesn’t get it,’’ he grumbled to a reporter for The Atlantic (“I go by Katherine,’’ Flegal notes). In an interview with National Public Radio, Willett said, “This study is really a pile of rubbish and no one should waste their time reading it.’’

Flegal’s confidence in her data, methods, and findings was never shaken. Still, the attacks took their toll. “There were all kinds of little things—it was like, wow, we’re under siege here!’’ she says. “I lost control of the narrative completely.’’

Flegal retired from the CDC in 2016 and took a part-time role as a consulting professor at Stanford. With more time to reflect on her experience, she finally decided that it was important to share her story. “It’s about getting it off my chest,’’ she says. “But it’s also like, wait a minute, this is not really right! People should know about this.’’

A colleague sent Willett a link to Flegal’s latest essay soon after a prepress version went online in June. While Flegal’s account is, by its nature, only one side of the story, Willett has no quibbles with the details as she recalls them — and absolutely no regrets.

“Her description is mostly correct, and she shouldn’t have been surprised,’’ Willett tells Ideas. “I did describe her paper as rubbish, and I do stand by it.’’

As Willett sees it, media interest in Flegal’s findings represented a danger to public health. With plenty of other research connecting excess weight to a variety of chronic and other serious diseases, too much was at stake to worry about propriety.

“I could just write a letter to the editor, as one usually would in scientific discourse, but it would come out months later and nobody would see it,’’ he says. “I was quite conscious that there might be people unhappy, but I think it was important to do this. If we had not made a visible statement here, I think the public would continue to be confused about whether it’s really good to be gaining weight into the overweight range. The papers Flegal published were woefully misleading and undermined dietary guidelines that had been in place for several decades. It was basically giving a green light to gaining weight and becoming overweight. . . . We’re talking about millions of lives lost every year due to [obesity]. It’s a death spiral as this gets normalized, as we look around and everyone’s overweight.’’

At present, the takeaway for the public remains confusing.

Health authorities around the world maintain the cutoff for “normal’’ BMI at 25, and many physicians still urge people to lose weight if they tip past that number. Meanwhile, Google Scholar ranks Flegal as the number one most-cited researcher on the topic of obesity, with 250,000 citations. Willett can point to many studies that reject her conclusions — including a large meta-study, published in The Lancet, to which he and Harvard colleagues contributed in 2016 — but plenty of others confirm them.

“She laid it out very carefully — her 2013 meta-analysis was the gold standard,’’ says Diana Thomas, a math professor at the United States Military Academy at West Point who researches statistics on body weight, nutrition, and exercise. “She’s a numbers person — she’s just tracking the numbers. Numbers are hypothesis-generating. The next question is ‘Why?’’’

Why might it be healthier to be slightly above the “normal’’ BMI weight range? That question has yet to be fully answered, and Thomas says researchers in the field can only wonder whether more progress might have been made had Flegal’s work not been dogged by controversy. It is also disturbing, she notes, to speculate about what might have happened to Flegal’s career had she not been a senior government scientist, with secure employment and no need to seek grant funding.

Indeed, while Flegal’s decision to write about her experience is unusual, such heated scientific disputes are less uncommon, and many targets, especially students and untenured faculty, may be less able to fight back.

“The behaviors that Dr. Flegal reports receiving would have been surprising to me early in my career where I did not understand how vicious, malicious, and nonscientific are the tactics that many fellow academics and scientists are willing to use to combat ideas and data they do not like,’’ says David Allison, dean of the School of Public Health at Indiana University and a biostatistician who has also researched obesity. “Today, such reports sadden but do not surprise me.’’

To Alice Dreger, a historian of science whose 2015 book “Galileo’s Middle Finger’’ presents a series of case studies about clashes between science and activism, Flegal’s account also sounded familiar. “Sometimes paradigms make it very difficult for people to see the data,’’ she says. “And I think that’s what we’re looking at here. It’s a nice thought that you could have a situation where everybody would move with the data, but people’s egos become entangled with their theses. To give up your thesis is at some level to give up your identity.’’

For her part, Flegal has been gratified by the response to her latest essay, which has included thousands of messages on Twitter, some from fellow scientists who thank her for speaking up about what they say is an important topic.

But she also wonders whether things could have gone differently had she not become embroiled in such a heated controversy.

Would her research have led to policy changes? Could it have informed better health and nutritional guidelines?

“I thought it was a really good article,’’ she says. “But nobody paid as much attention to our article itself as I would have hoped. And that was very disappointing.’’