Case for securing abortion access in Massachusetts grows
With the Supreme Court poised to get the votes to overturn Roe v. Wade, the Commonwealth should shore up its protection of women’s right to choose. 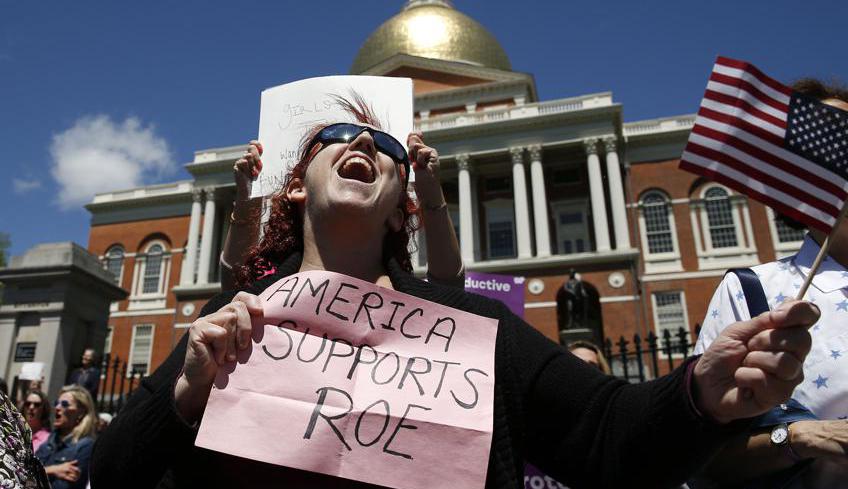 Massachusetts and its citizens have made very clear over the years that our values include the right of every woman to reproductive freedom and access to coverage for every woman in need.

Last year, the fight to protect abortion rights in this state seemed a bit theoretical. After all, this is Massachusetts, right? What more needs to be said?

But with the death of Supreme Court Justice Ruth Bader Ginsburg and the likelihood of her replacement by a far more conservative justice, the threat to abortion rights is serious.

And so the response by state lawmakers must also be serious — and swift.

The ROE Act, aimed at expanding access to abortion, was filed early in 2019 with backing from more than half the members of both the House and the Senate. But it has languished on Beacon Hill for more than 20 months.

If a conservative majority on the US Supreme Court overturns the landmark 1973 Roe v. Wade decision, it will be every state for itself — and Massachusetts needs to be ready for that event.

The ROE Act would codify the principles of reproductive freedom into state law, something that will become essential in the days ahead. The legislation would also allow minors to seek abortions without parental consent or the approval of a state judge — the current alternative to the consent of a parent. So-called “judicial bypass’’ mostly impacts poor teens and young women of color, whose care can often be needlessly delayed.

The bill would permit abortions after 24 weeks in cases involving fatal fetal abnormalities or threats to the mental or physical health of the mother. Current law allows late-term abortions only when the mother’s life is at risk.

And it would mandate health insurance coverage for low-income women not covered by MassHealth.

The legislation remains in the Joint Judiciary Committee, where it got a hearing in June of 2019. The committee faces a Nov. 12 deadline to act.

A coalition of advocacy groups that includes the local branches of NARAL, Planned Parenthood, and the American Civil Liberties Union have renewed their push for the legislation in light of the Supreme Court battle ahead. They urged lawmakers to “take swift and immediate action to guarantee equitable access to safe, legal abortion care in Massachusetts.’’

And no one can say this state’s political leaders haven’t been warned.

“If Roe v. Wade were reversed, the consequences would not outlaw abortion but simply return to the way it was throughout the history of this country,’’ Senator Ted Cruz, a Texas Republican, said Tuesday in an interview on “CBS This Morning.’’ “It would be decided by the state legislatures — each state making a decision that reflects the values of its citizens.’’

This state and its citizens have made very clear over the years that our values include the right of every woman to reproductive freedom and access to coverage for every woman in need.

None other than Justice Ginsburg herself made the point. Even if Roe is overturned, “There will be a core of states that will never go back to the days of unsafe, back alley abortions,’’ she told author Jeffrey Rosen, in his book “Conversations with RBG.’’

Clearly Massachusetts must be one of those states. Our laws must be there to protect not just our own citizens but, as part of that “core of states,’’ to be both a model and a haven.

This time the threat is real, the danger to women is real. And Massachusetts lawmakers need to respond accordingly and put the ROE Act on their 2020 must-do list.