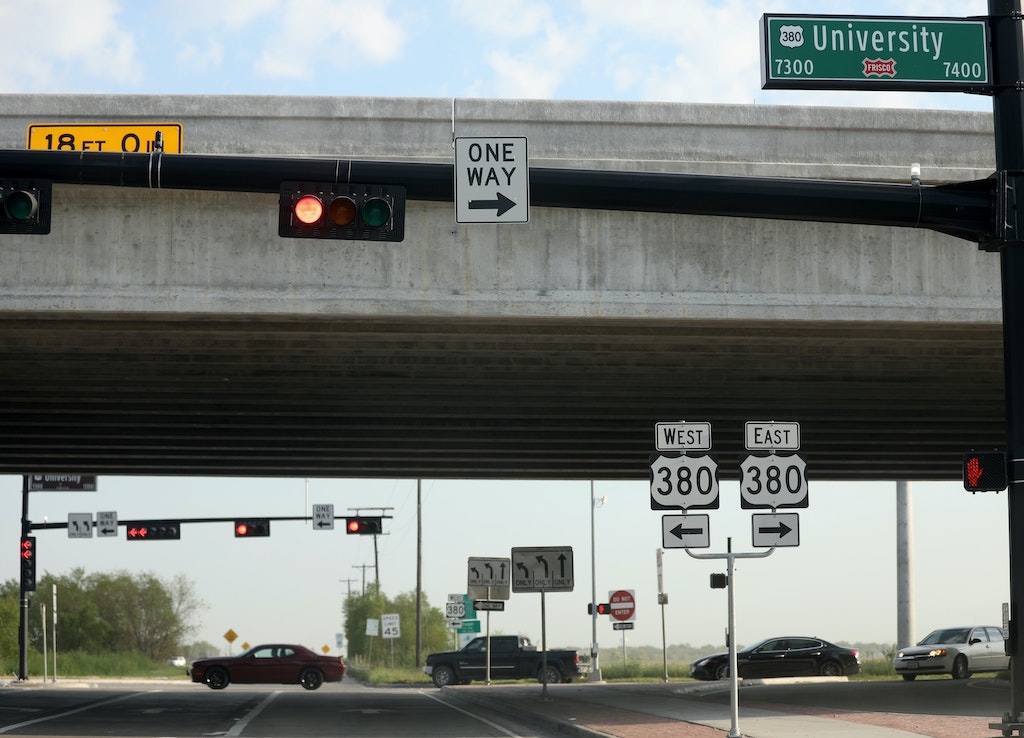 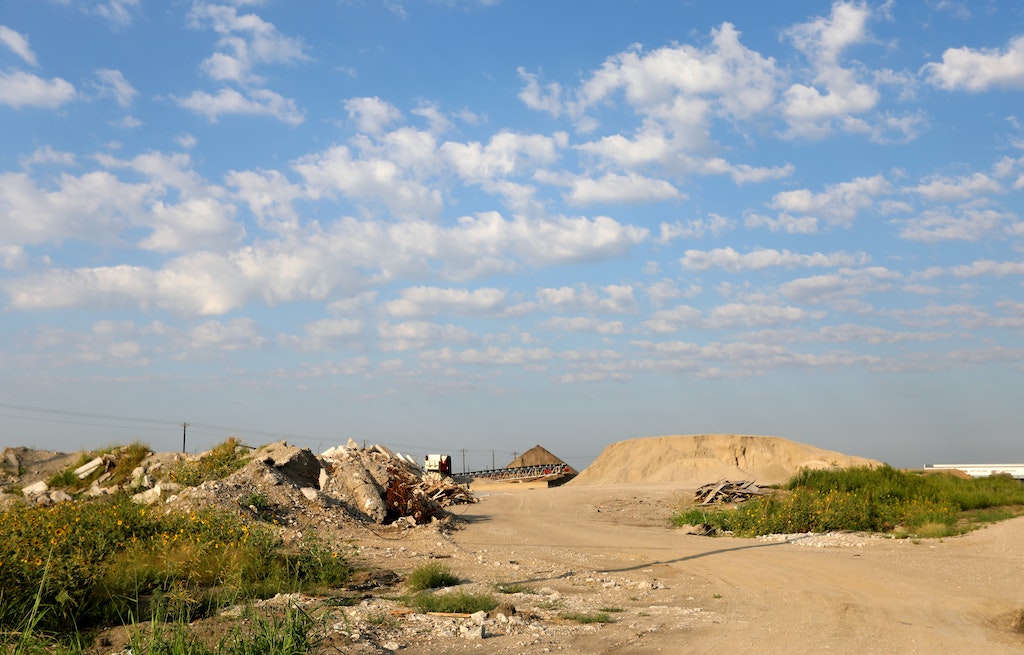 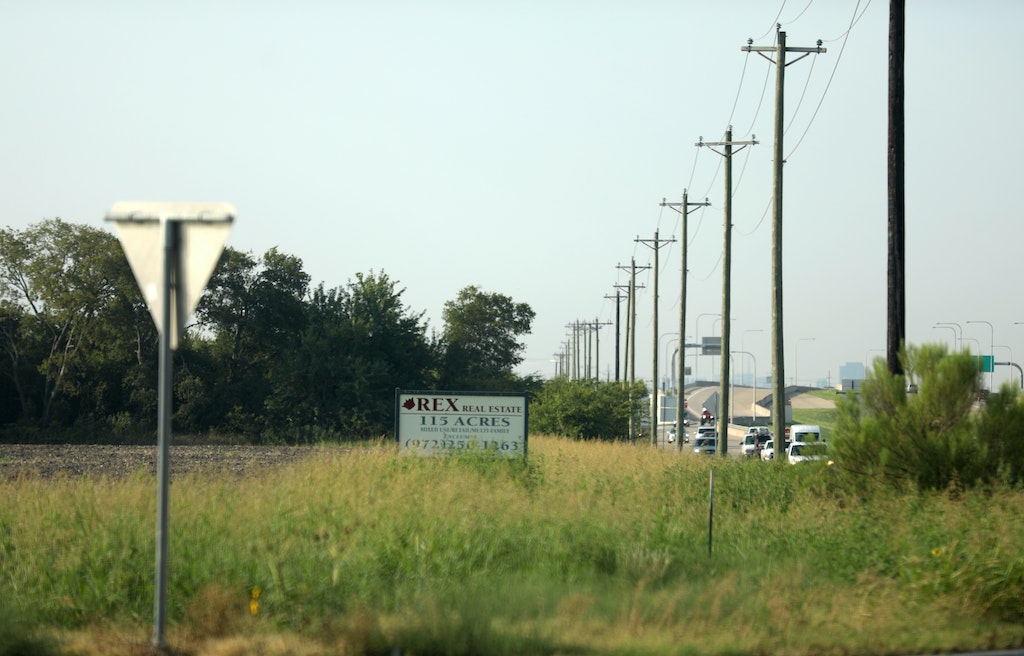 The Cinemark movie theater on the southwest corner was the first to go up at the intersection of the Dallas North Tollway and U.S. Highway 380 on the border of Prosper and Frisco, but developers are announcing big plans for other quadrants, and real estate prices are heading higher. “Real money is showing up around that intersection now,” said real estate broker Rex Glendenning. ( Photos by Anja Schlein/Special Contributor) 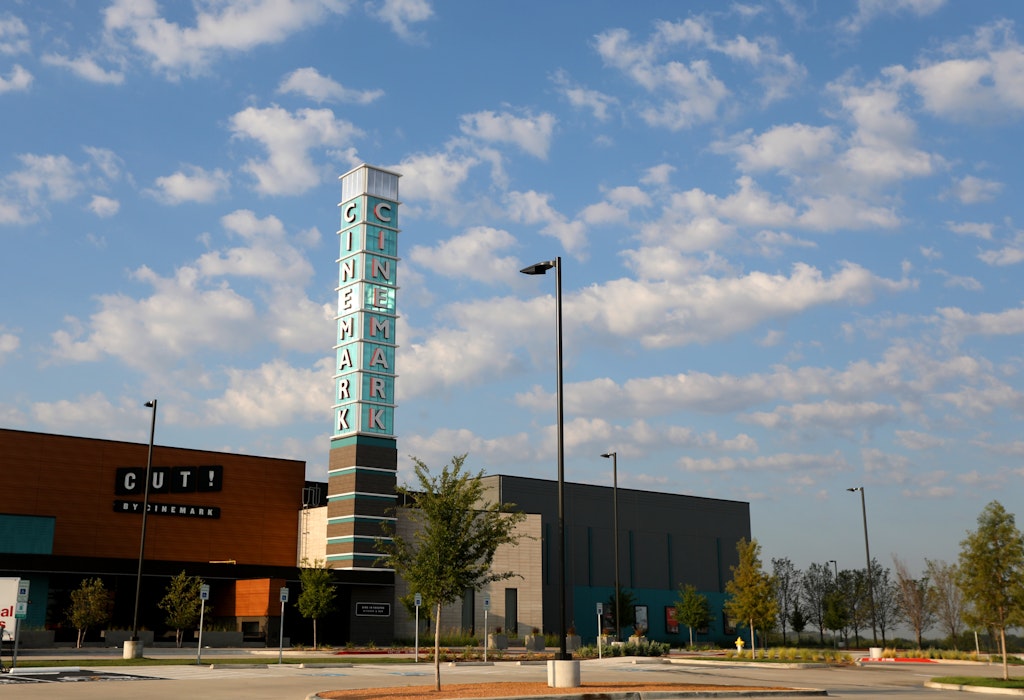 The intersection of the Dallas North Tollway and U.S. Highway 380 north of Dallas looks like a country crossroads.

You wouldn’t guess that it’s one of the hottest property corners in North Texas.

Fresh-cut farm fields stretch along the east side of the busy intersection. But a new movie theater on the southwest corner is a sure sign that urban growth is knocking at the door.

“I do believe that what you will someday see on those four corners will replicate what you see down in Legacy and at State Highway 121 and the tollway,” said investor and Dallas attorney Don Godwin, who owns almost 300 acres at the intersection.

“Back then there was no corner at all — it was all open farmland,” he said. “There was no tollway and nothing planned.”

Now the intersection is on the dividing line between Frisco and Prosper, two of the country’s fastest-growing communities with thousands of new residents a year.

This spring, Children’s Health bought more than 70 acres on the northwest corner, where it plans to build a new medical campus.

Since then, brokers say that activity at the crossing has accelerated.

“The cat’s out of the bag,” said Tommy Crowell of Standridge Cos., which recently bought 60 acres next to the Children’s Health site.

Crowell said his company had quietly contracted to buy the vacant tract just west of the tollway before news of the Children’s Health deal was disclosed.

“We were under contract at the time, and our price reflected a different market,” he said. “I don’t feel like the price we were able to get then is out there today.”

Real estate brokers say prices around the intersection have surged past $15 per square foot and are headed even higher.

There’s more attention focused on the area now that construction has started on the PGA of America’s new headquarters and the surrounding 2,500-acre Fields development in Frisco, said real estate broker Rex Glendenning.

The land sale to Children’s Health also affected the market, he said.

“It’s ratcheted up the enthusiasm and velocity of the market,” Glendenning said. “Everybody has been waiting for something to happen.”

Dallas Cowboys owner Jerry Jones, who is a longtime property investor in Frisco and Prosper, added to his holdings in the area this year. Jones’ Blue Star Land purchased more than 600 acres just east of the tollway.

“Real money is showing up around that intersection now,” Glendenning said.

Investor interest will rise again next year when construction begins to extend the Dallas North Tollway across U.S. 380 into Prosper. And Frisco is spending tens of millions of dollars to build new roads just south of the intersection to help develop the PGA and Fields projects.

“Before it was a great spot in the map, but you couldn’t really get to it,” Glendenning said.

Investor Godwin, who started buying land in Prosper in 1979, said he’s in no hurry to peddle his land on the tollway. Still, he gets lots of offers for small parts of the property.

“I am prepared to sell now at the right price, but I haven’t seen it,” said Godwin. “If I sell now I’m going to do fine.

“But if I hold for later, I’ll do even better.”