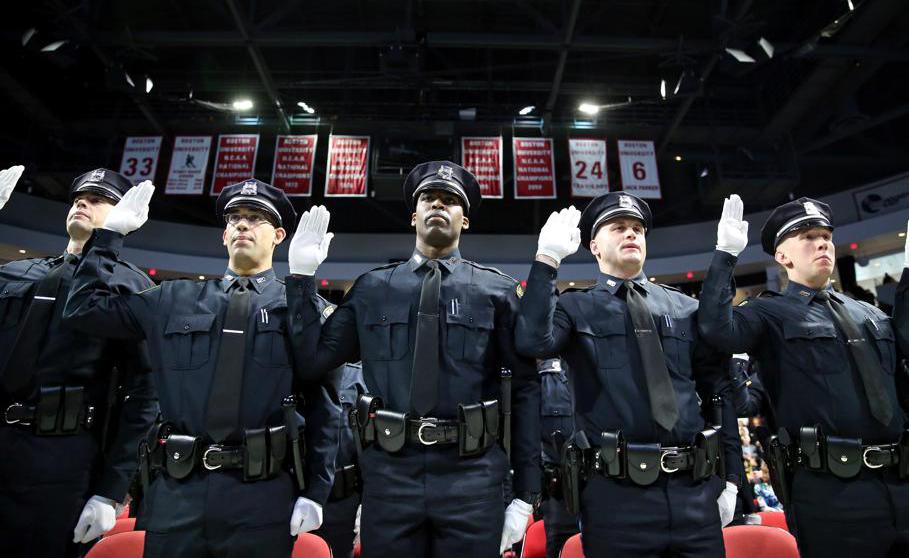 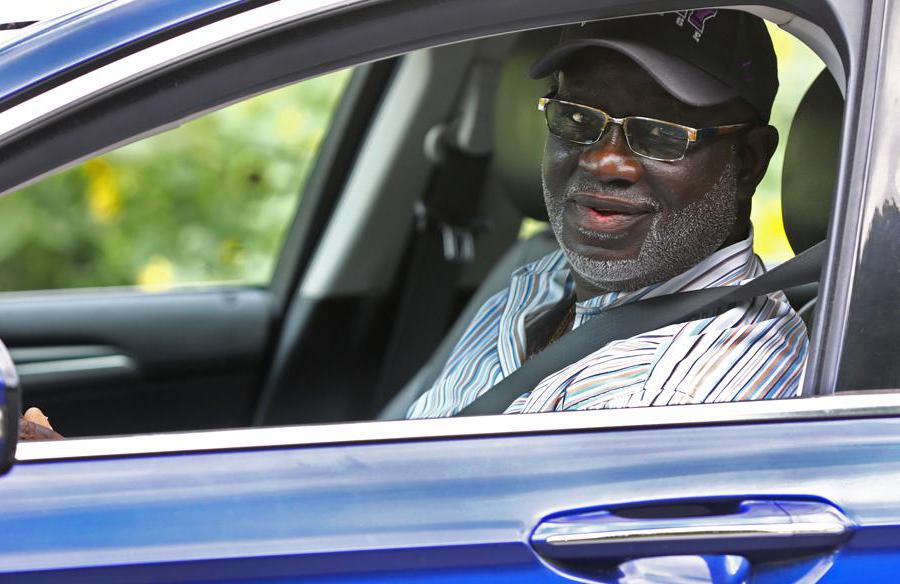 Willie Bradley, a former deputy superintendent with the Boston police, said even at the top echelon of the department, he experienced unfair treatment. 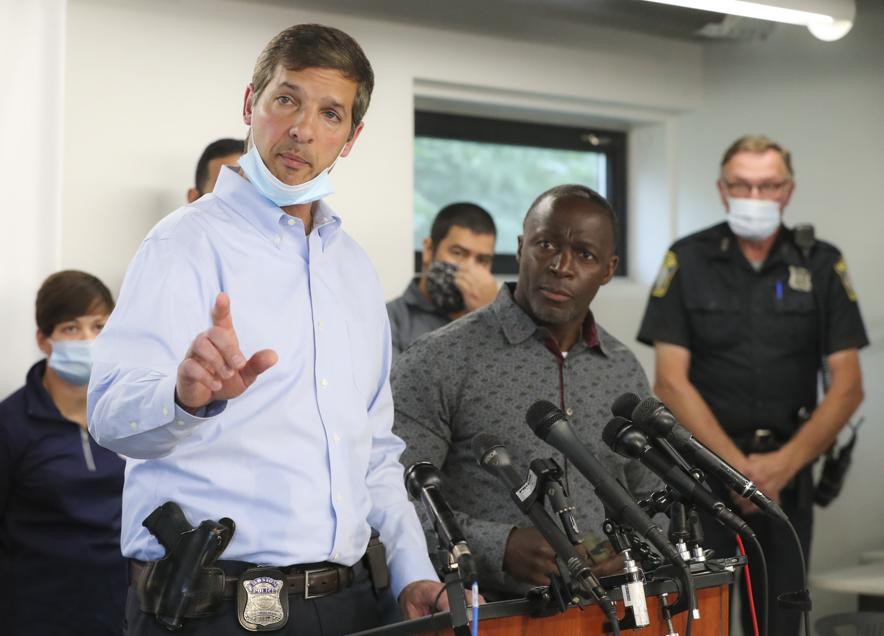 NEXT IMAGE
By Andrew Ryan and Evan Allen, Globe Staff

For decades, Black police officers have leveled a steady charge: The Boston Police Department has an unequal system of justice for cops accused of wrongdoing. White officers get breaks and Black officers get busted. The department has always denied it, refusing to even study the issue.

But a first-of-its-kind analysis of a decade of police data conducted by the Globe shows that racial discrepancies are baked into the operations of the department.

“People have said for years, ‘You’re making this up, it can’t exist,’’’ said Boston Police Sergeant Eddy Chrispin, president of the Massachusetts Association of Minority Law Enforcement Officers. “If you can’t treat your own right, why do we expect for you to treat people on the outside right?’’

The police department has long faced accusations of racism from the public. But similar complaints about how officers behave toward each other have rumbled beneath the surface in station houses and headquarters, too. The department has struggled to diversify, and since a federal consent decree mandating the hiring of minority officers was lifted in 2004, the force has only grown whiter.

When it comes to which officers the department celebrates for bravery and leadership, though, the proportions flip. Between 2010 and 2018, white officers got 73 percent of all medals and special citations and Black officers got 16 percent.

In 2018, the last year for which awards data was available, white officers made up a whopping 90 percent of all officers honored; Black officers accounted for just 5 percent. The board that hands out the accolades? Almost entirely white.

The data did not show similarly gaping disparities for Asian or Hispanic officers, but they account for a much smaller share of the department, making it harder to draw conclusions.

In an interview, Boston Police Commissioner William Gross, the city’s first Black officer to hold the post, defended the department’s discipline as “fair and equitable,’’ and said the insinuation that racism might skew the process was offensive.

“We don’t even look at color, that’s what’s disheartening to me,’’ Gross said. “I know who I am. I know where I came from in this department and how it used to be. I see the officers as blue.’’

The data analyzed by the Globe spanned the tenures of three commissioners, and the majority of punishments came down before Gross took the helm in the summer of 2018. Under Gross, the supervisors overseeing discipline are diverse, he said, and they compare punishments between similar cases to help ensure fairness. But the commissioner also acknowledged that it had been decades since anyone analyzed the department’s system for disciplining officers. He said he might consider a study focused on racial equity, but he did not seem convinced it was necessary.

Mayor Martin J. Walsh released a statement that did not address the Globe’s findings but reiterated his administration’s commitment to eliminating “all the ways that racism and inequality harms our residents.’’

Detective Larry Ellison has been calling for reforms since he joined the department in the ’80s. He remembers riding to drug raids with white officers who refused to tell him where they were going or who they were targeting until they arrived. Like somehow, because he was Black, he was “in cahoots’’ with the criminals.

In 1991, during his first stint as the president of the Massachusetts Association of Minority Law Enforcement Officers, Ellison told the Globe that “the department uses two sets of books’’ when it comes to white and Black officers. The then-president of the Patrolmen’s Association said at the time that Black officers faced more discipline because people of color tend to commit more crimes.

Ellison pointed to the cases of two captains.

Timothy Connolly, who is white, was arrested in early 2019 for allegedly assaulting his wife. Despite the criminal charges, he was allowed to remain on desk duty. His case was dismissed when his wife refused to testify in early 2020.

Haseeb Hosein is the department’s first Black Muslim captain. A few months after Connolly was arrested, Hosein faced several administrative accusations, which included approving too much overtime for his officers. He was never arrested. But Hosein was taken off duty and placed on paid leave, where he remains.

Discipline, Ellison said, is a way for the old white guard to hold onto their power.

“It’s a way of saying to folks, ‘We’re still here, we’re gonna fight, we’re gonna be the ones calling the shots,’’’ said Ellison, who served as MAMLEO president again from 2009 to 2018, and currently sits on the board. “‘You should just be happy to be here. But you’re not equal to me.’’’

When it comes to policing itself, the department uses a “progressive discipline’’ system, which includes no written or formal guidelines for which punishments follow which infractions. Each case is considered on its own and officers with repeated misconduct face stiffer penalties. And thus, assessing the rationale for punishment, and its relative severity or leniency, is difficult and in some cases, impossible.

Other departments have turned to discipline matrices to standardize punishments and promote fairness; the New York City police department, which is the largest in the nation, is currently mulling a draft discipline matrix of its own. The newly appointed Boston Police Reform Task Force has recommended that the BPD create clearer standards for discipline, and make its internal data more publicly available.

“I look at this data and it tells me what is [happening now] ,’’ said attorney Tanisha Sullivan, president of the Boston branch of the NAACP and a member of the task force. “My next question is, what are we going to do about this issue?’’

In cities like Chicago, the police department makes all its discipline information publicly available, and includes racial and demographic breakdowns of officers accused; in Boston, the department does not even track that information.

“If you don’t collect data, if you’re not monitoring, you’re blissfully ignorant of the problems,’’ said Keith Taylor, a former NYPD internal affairs supervisor and adjunct assistant professor at John Jay College of Criminal Justice. “The question then becomes, is that by design, or is that unintentional?’’

In the absence of systemic data for Boston, the Globe created a database of its own.

Reporters made a series of public records requests to obtain an internal affairs log of cases dating back to 2010; thousands of pages of police personnel orders that detail punishments; and racial, ethnic, and gender data for all sworn officers.

The police data contained inaccuracies and often lacked basic information, so reporters checked cases by hand. In some cases, it was impossible to fill the gaps. For example, 8 percent of all sustained cases of misconduct — some including serious charges like lying or committing crimes — showed no punishment listed.

The data showed Black officers are more likely to be accused of shirking directives and orders, disrespect, and failing to report for duty; and when charged with more serious allegations like breaking the law, they are more likely to be found responsible. Overall, they are overrepresented at nearly every level of the disciplinary process — from the time an allegation is made to the time a punishment is handed down — whether the complaint comes from a civilian or a colleague.

But the gulf between white and Black looms larger in complaints that come from fellow officers.

One charge — lying — has long been a focal point for allegations of departmental bias; the Globe data analysis shows why.

“We know that our behavior is gonna be questioned,’’ said Ellison. “We’re walking a very fine line.’’

The numbers in Boston are troubling but not unique among city departments, said professor Matthew J. Hickman, chair of the Criminal Justice Department at Seattle University and a former statistician at the federal Bureau of Justice Statistics. Hickman wrote a study on racial disparities in police discipline in Seattle and said the Globe’s findings match the pattern in many departments, over many years.

“Black officers have been complaining about unfair treatment since at least the 1970s, which was the beginning of the big push to try and diversify police departments,’’ he said. “It’s not just a Boston thing. It’s a policing thing.’’

In the 22 years Willie Bradley spent on the force, he rose through the ranks to become a deputy superintendent. Even at the top echelon of the department, he still experienced the sting of unfair treatment. Small things, he remembered, like the time while serving on the command staff, that he gave orders to a white lieutenant, who went over his head to get them reversed. Lots of white officers come from families that have served the department for generations, he said. With those proud traditions come built-in connections to ranking officers. Black cops, on the other hand, are more likely to be first-generation on the force.

Bradley was forced out of the department after being accused of leaking information to the media during an investigation — something he vehemently denies, but also, something that plenty of police officers do.

“It’s institutional racism because policing is a microcosm of society,’’ said Bradley, who has a doctorate and is now a lecturer and professor at Massasoit, Endicott, and Curry colleges. “The culture says to white officers, you will be exonerated. You can do this with impunity. And it says to Black officers that you can’t. That’s part of the culture.’’