Trump’s debt is a national security risk
A president who owes hundreds of millions of dollars to creditors is not just at risk of petty political corruption. He is a threat to America’s safety. 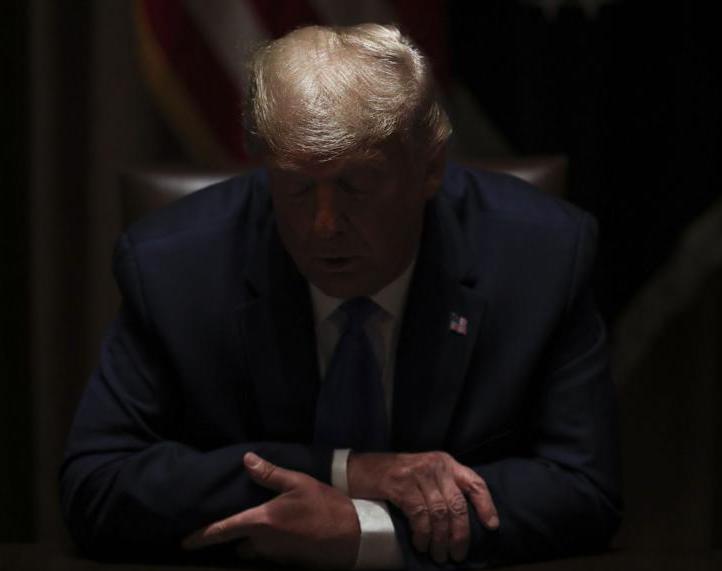 Since the country found out in 1973 that Richard Nixon paid an absurdly low sum of money in income tax, presidential candidates have felt obliged to release their tax returns for public scrutiny. But in 2016, Donald Trump broke with that precedent, refusing to release his tax returns for spurious reasons, prompting many Americans to wonder what it was that he was hiding. After years of speculation, The New York Times was able to obtain Trump’s tax records, and it turns out the president did indeed have a lot to hide: For many years, he did not pay any federal income tax at all, and in 2016 and 2017, in spite of claiming to be a billionaire, he paid just about the same amount of money in federal income tax as somebody making $20,000.

While Trump’s chronic tax evasion shows many things — that he is not, in fact, a successful businessman, and that he is simply unwilling to pay his fair share to the federal government — one aspect from the Times report that should be most alarming to voters is that the president is suffocating in debt: He owes $421 million to lenders who are yet to be known, and most of that debt is due within the next four years. “Should he win reelection, his lenders could be placed in the unprecedented position of weighing whether to foreclose on a sitting president,’’ the Times wrote.

Indeed, if the president owes some person or company money — especially if he owes large sums of money, which he does — it gives his lenders leverage over him because of their ability to forgive that debt.

That fact is especially troubling since this president has not shied away from publicly rewarding certain companies and individuals that are friendly to him, just as he did when the government was selecting a construction company to build the border wall. The CEO of Fisher Sand and Gravel, the company that under Trump received the largest border wall contract ever awarded, courted the president by praising him on TV and donating to his Republican allies’ campaigns. After the deal raised eyebrows, the Pentagon’s inspector general opened an investigation, still ongoing, to see if there was any improper influence on the part of the president.

It is hard to imagine one of Trump’s creditors accepting an overt favor for the public to see in exchange for loan forgiveness. After all, that kind of brazen corruption is illegal. But the president could feel beholden to special interests, much as other politicians are when it comes to those financing their campaigns, and pass laws — a massive tax cut, for example — to benefit people like him and his lenders.

And even if the president’s lenders are uninterested in directly using their leverage over him, it still leaves Trump vulnerable to other actors — foreign and domestic — who can come in and offer to rescue him by paying off his debts or who financially benefit his indebted businesses. That’s why top-secret security clearance is often denied to appointed officials in the US government who are deep in debt, so America’s classified secrets, including those that protect our troops, will not be at risk. An elected president who owes hundreds of millions of dollars to creditors is not just at risk of petty political corruption: He is a threat to national security.

Only some of Trump’s lenders are publicly known, but they do not need to be foreign agents for his debt to pose a security risk. So long as foreign government officials know that the US president is this deep in debt, they can use that vulnerability when negotiating with him.

Any foreign policy outcome that may be financially beneficial to the president can ultimately sway him to make decisions that are not in America’s best interest. Say, for example, Trump finds himself negotiating a trade deal with the United Arab Emirates, a country where the Trump Organization is planning on opening a second golf course. The Emirates could tailor the deal to include incentives for companies like the president’s, making it easier for the Trump Organization to turn a bigger profit. In a situation like that, the president, desperate to pay off massive debts, could be compelled to put himself, not America, first.

The enormity of Trump’s conflicts of interest and the implications they could have if he wins a second term should weigh heavily on voters’ minds as they consider who is best fit to lead the nation over the next four years. Because the well-being of the nation, its citizens, and democracy rests in their hands, not the president’s lenders — that is, at least for now.