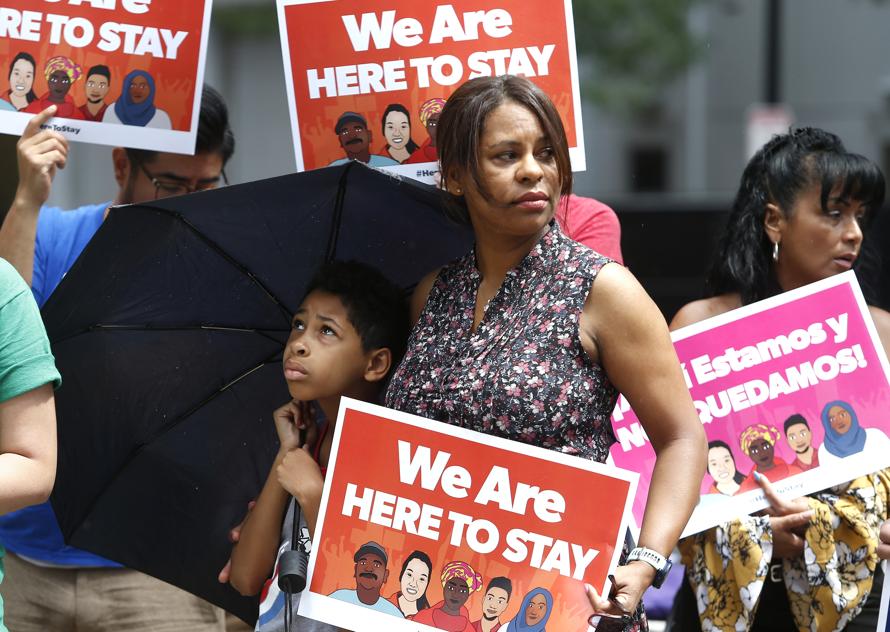 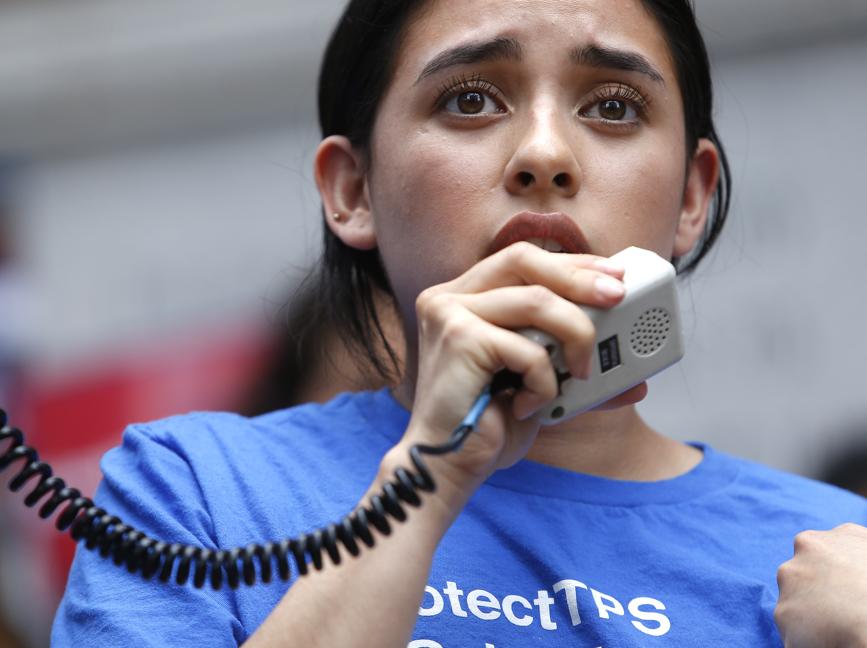 Karla Morales Villalobo described her situation as a holder of Temporary Protected Status. She’s been here since she was 3.

Karla Morales Villalobo, 22, aspires to be a doctor in the United States and is in her last year pursuing a biology degree at the University of Massachusetts Boston, but her plans might be foiled under President Trump’s administration.

Morales Villalobo came to the United States seeking asylum from El Salvador with her family when she was 3 years old and is at risk of losing her Temporary Protected Status under a new policy reversal.

The Temporary Protected Status designation is given to asylum seekers from 10 countries that are plagued with violence or natural disasters.

The Trump administration wants to revoke that status for those from El Salvador, Haiti, Nicaragua, and Syria, which would affect 300,000 immigrants, including more than 12,000 in Massachusetts.

Rallies to support those with Temporary Protected Status were held across the country on Wednesday, as a panel of three federal judges in Pasadena, Calif., considered whether the status would stand.

The Boston rally at the federal courthouse was held simultaneously with one at the Pasadena courthouse. More than 30 people from Massachusetts flew to California to participate.

Morales Villalobo spoke at the Boston rally to nearly 100 people, highlighting how harmful — and deadly — this move could be. The demonstrators chanted “Karla is here to stay’’ before her speech.

“As many of you may know, El Salvador is also a war-torn country, also fighting a lot of gang violence,’’ she said.

“It’s just not safe for people living there, but definitely not people who are going to be new to the community.’’

That includes herself and her younger brother and sister, who were 3 years old and 2 months old, respectively, when they moved to the United States, Morales Villalobo said after the rally. She said they “don’t really have ground to step on’’ since they never formed a foundation there.

“I’m talking about myself and my family, especially since the gang members know people from the United States have more money, we would be a target,’’ she said.

“When TPS was revoked, my first instinct was to cry.’’

Jose Reina, 51, who received Temporary Protected Status after the 2001 El Salvador earthquake, likened the idea of being sent back there to a death sentence.

“They know that you are there from the United States, so the first thing . . . when you return there is to extort you,’’ Reina said in Spanish through a translator.

“And if you resist paying that, they can kill you or kill a family member.’’

Jose Palma, 42, agreed. He came to the United States from El Salvador in 1998 after his family lost everything during the civil war. But after building a life and establishing roots in Massachusetts for 22 years — a proud Lynner, he jokes — Palma is scared of losing everything again if his Temporary Protection Status is revoked and he is deported.

“If I lose my TPS after so many years of building a life in Massachusetts, everything will fall apart,’’ said Palma, who flew to the Pasadena rally.

“All those dreams will be destroyed — not only my dreams but the dreams of my kids.’’