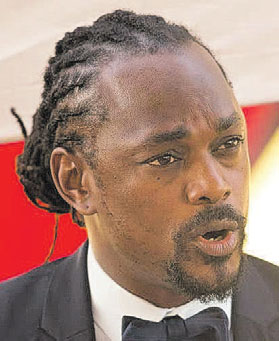 NEXT IMAGE
Central FC to change owners
WALTER ALIBEY
walter.alibey@guardian.co.tt
T&T Pro League campaigner Central FC is set to be taken over by a known international football entity ahead of the 2019 season.

Yesterday the club’s owner and founder Brent Sancho revealed, that following in-depth discussions for the past months about the future of the club, a decision is set to be reached soon, that could potentially see the club changing its name, recruit new coaching staff and management team, engage in an aggressive marketing programme to further continue its dominance in the country’s top flight domestic football league.

The move will also see full salaries being paid to players and all operational expenses for the club being covered by the international company.

Sancho who did not want to reveal the company’s name said it is a European and United States organisation that focuses specifically on the development of young players for export to international clubs across the globe. “The company chose us because of our impressive track record of producing top local layers and showing our capability of dominating local football. The company will either take over as our key investors or buy out the club totally for the coming season.

Nothing will happen before the Carnival, that is certain, but we are looking to seal the deal before the start of the league in April,” Sancho explained.

The former national defender, who rose to world fame during a FIFA World Cup 2006 match against England in which lanky striker Peter Crouch pulled his hair when both when up for a corner kick, told Guardian Media Sports that a complete take-over by the company would mean his club will first have to offer its shares for purchase by the Pro League, before they can be offered to any other entity, local or international.

Known popularly as ‘the Sharks’ the club’s triumph also included the First Citizens Cup title in 2013, 2014 and the Lucozade Sports Goal Shield in 2014.

Sancho also said the company has been on the search for clubs in the Caribbean where development work can take place and players can be given opportunities to ply their trade at other international clubs in Europe and America.