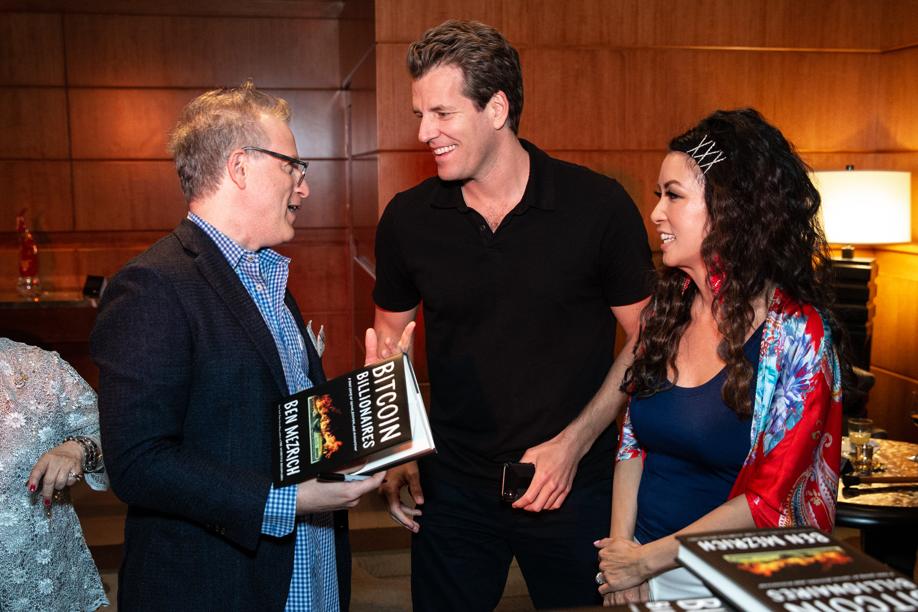 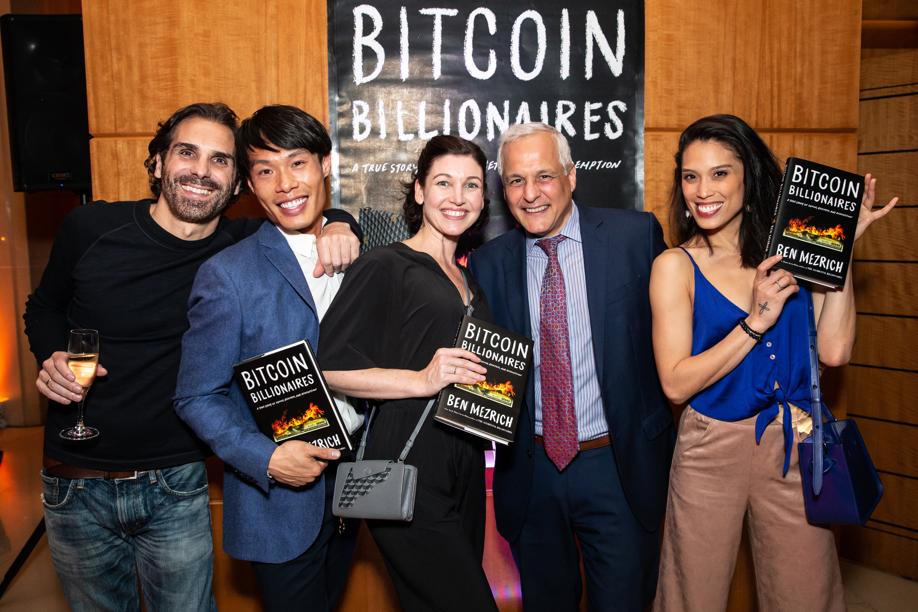 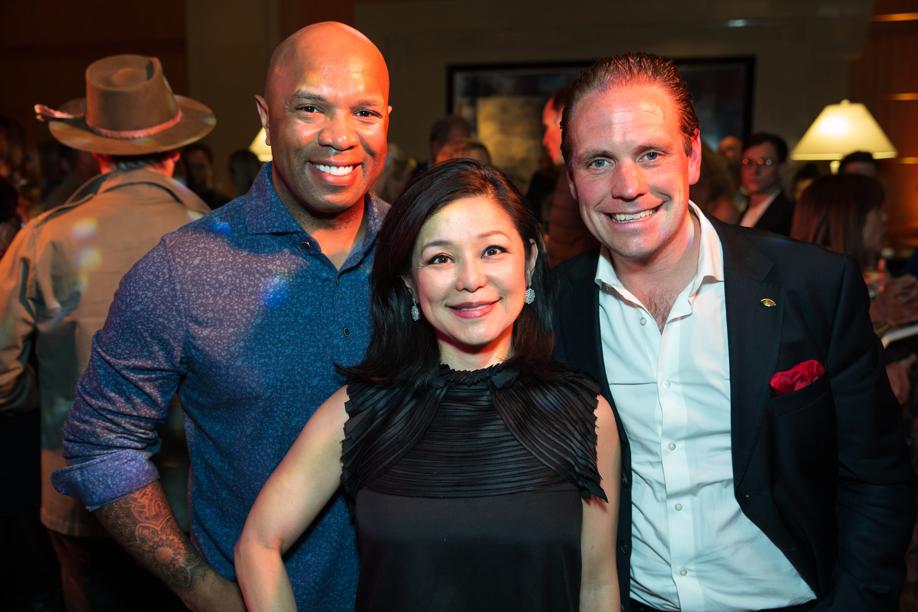 It was a full house at the Mandarin Oriental Boston Wednesday night, where friends and fans of author Ben Mezrich celebrated the launch of his 20th book, “Bitcoin Billionaires.’’ The bash, which took over the lobby of the swanky space, boasted plenty of champagne and tequila — along with beats by the DiMare Brothers. As it happens, there were plenty of guests who knew their way around a dancefloor, including Boston Ballet’s Lia Cirio and John Lam, choreographer Yury Yanowsky, and dancer Kathleen Breen Combes, who recently retired from Boston Ballet to become executive director of Festival Ballet Providence. Other boldface names in the house? Towering twins Tyler and Cameron Winklevoss, who played a central role in the drama captured in Mezrich’s 2009 book, “The Accidental Billionaires: The Founding of Facebook,’’ which later hit screens as “The Social Network.’’ The Winklevii, as they were dubbed in the pop-culture press, reappear in Mezrich’s latest book, having invested quite a chunk of change in the mysterious cryptocurrency. Ben’s better half, Tonya Mezrich, got the party started, welcoming George Church, Daniel Miller, and Janet Wu, among many others.

Hayley Kaufman can be reached at hayley.kaufman@globe.com.