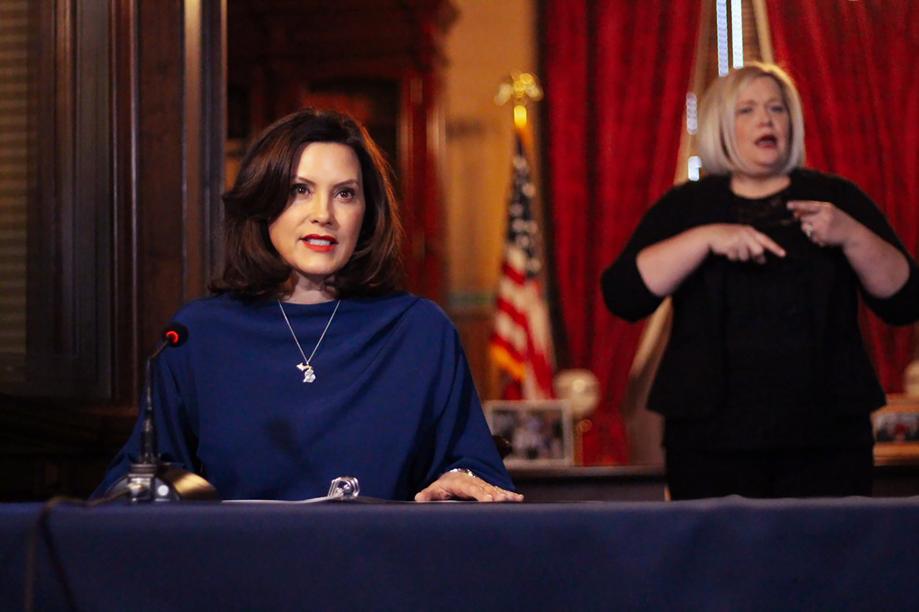 Michigan Governor Gretchen Whitmer has been criticized by President Trump, who hasn’t named her in his attacks.

WASHINGTON — As he confronts a global pandemic, President Trump’s attention has also been directed at a more familiar foe: those he feels are challenging him, and particularly women.

“Always a mess with Mary B.,’’ Trump tweeted last week, attacking the female chief executive of General Motors, Mary T. Barra, as he accused the company of dragging its feet on producing ventilators. “As usual with ‘this’ General Motors, things just never seem to work out,’’ he wrote, “this’’ GM apparently referring to the one led by the first female chief executive of an American auto manufacturer.

At least he mentioned Barra by name. When it came to Gretchen Whitmer, Michigan’s Democratic governor, who delivered her party’s official response to his State of the Union address earlier this year and has pushed for a national emergency declaration in her state, Trump did not acknowledge her by name.

“We’ve had a big problem with the young, a woman governor,’’ he said in an interview last week with Sean Hannity, the Fox News host. “You know who I’m talking about, from Michigan.’’

But Tiffany Brown, Whitmer’s spokeswoman, said the governor was committed to maintaining a functional relationship with the federal government — even if that no longer included Trump. “Gov. Whitmer has and will continue to have conversations with the Vice President and the head of FEMA,’’ Brown said in a statement.

As Trump has had to reverse himself on his overly upbeat assessments of how quickly he could reopen the country for business, he has also increasingly targeted some of his regular foils.

On Monday morning, in an interview with “Fox & Friends,’’ he referred to Speaker Nancy Pelosi as a “sick puppy’’ after she had appeared on CNN’s “State of the Union’’ and said the president’s early denials about the dangers of the coronavirus carried “deadly’’ consequences.

“As the president fiddles, people are dying,’’ Pelosi said.

In an interview Monday, she rolled her eyes at his attack.

“Every knock from him is a boost for me, quite frankly, so I don’t care what he says,’’ she said.