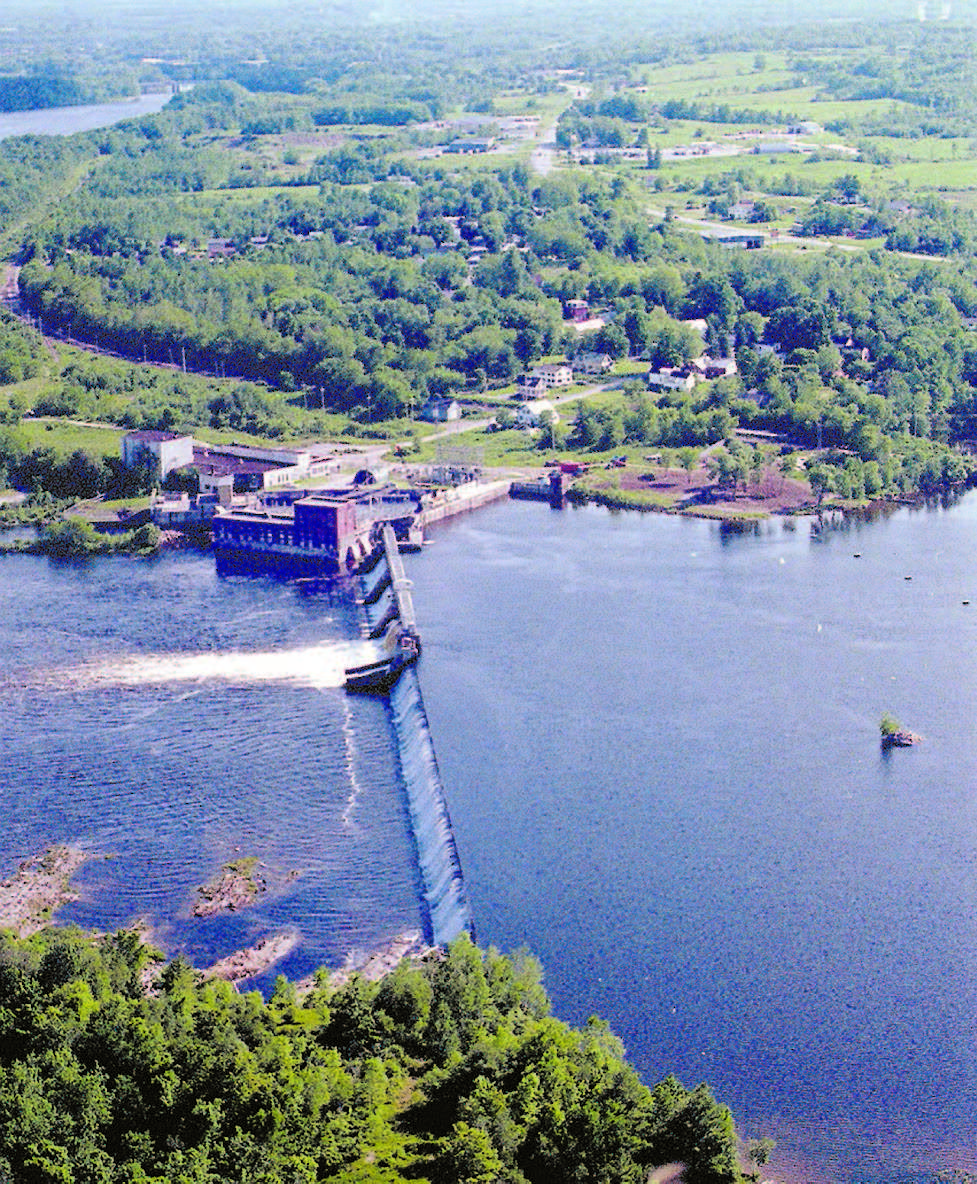 Press Herald file photo
Brookfield Renewable Partners argues that fish can thrive by retrofitting, not removing, dams like Shawmut, above. But state officials in Maine are skeptical.

While Maine and the world have been focused on the pandemic, a fight over the future of Maine’s second largest river system is raging inside the electronic docket of an obscure federal relicensing proceeding.

At stake in the drawn-out proceedings before the Federal Energy Regulatory Commission relating to whether and under what terms to relicense a 106-year-old dam that stretches across the river between Benton and Fairfield are the fate of river-run fish in the Kennebec River watershed and quite possibly that of Atlantic salmon in the United States.

FERC regulates dams, which typically start with a 50-year license. A dam’s owner – typically a company seeking to produce revenue via the generation of electricity – then must apply for permission to renew its license for another 30 to 50 years, a process the agency carries out in consultation with the states, the public and other federal agencies, which may ask for certain terms to be met by the dam owner.

“This is a great opportunity to have meaningful restoration and millions of sea-run fish in the lower Kennebec,” says Sean Ledwin, director of the sea run fisheries and habitat division at Maine’s Department of Marine Resources, which recommends removing the dam between Benton and Fairfield. “We don’t generally recommend dam removals, but if we don’t get this right it’s unlikely that we can recover Atlantic salmon in the United States.”

Maine has been a nationwide leader in the restoration of river systems and the sea-run fish that spawn in them. With the removal of Augusta’s Edwards Dam on the lower Kennebec in 1999 and the Great Works and Veazie dams in the lower Penobscot in 2012 and 2013, alewives, shad, blueback herring and salmon had access to thousands of miles of river habitat for the first time since the early 19th century.

The alewife run into the Sebasticook, a tributary of the Kennebec made accessible by dam removals, is now the largest in the United States, with nearly 6 million fish, and a favorite bald eagle dining site.

Now attention has turned to the Sandy River, where salmon and shad would find prime habitat were it not for four Canadian-owned dams blocking their way: Hydro Kennebec and Lockwood in Waterville, the Weston dam near Skowhegan, and the dam in between that’s currently under review for FERC relicensing, the Shawmut project. Conservationists and Gov. Janet Mills’ administration want at least one of them removed, but owner Brookfield Renewable argues that building or improving fish passages will do the trick while continuing to provide clean power.

The dams are medium size by Maine standards.

Shawmut is a 19-foot-tall concrete dam with two powerhouses and extends 1,500 feet across the Kennebec.

Lockwood, located at the Ticonic Falls in central Waterville, is 17 feet high and 875 feet long, and was built in 1919 to generate power for the Lockwood textile mill.

The negotiations have dragged on for years and are occurring at the same time as separate federal processes regarding the protection of endangered species (the salmon in this case) and water quality standards (over which states have a lot of influence). They’ve been acrimonious at times, as when an independent engineering study submitted to FERC by Brookfield was found in November 2019 to have been pruned of sections that undermined the company’s position.

And they’re complicated by the fact that while the quality of fish passage at all four dams needs to be taken into consideration if the fish runs are to thrive, only Shawmut’s license is currently up for its 30- to 50-year renewal.

“You can’t just look at Shawmut in this context, you have to look at Lockwood and Hydro Kennebec below it and Weston above it because if we don’t get salmon into the Sandy it’s a problem, because that’s where all the habitat is,” says Jeff Reardon of Trout Unlimited, the sport fish advocacy group. Because the Kennebec is believed necessary for the salmon’s long-term survival in the United States, he adds, the fate of the fish is tied up in the fate of the dams.

Brookfield Renewable Partners, part of the $100 billion Brookfield Asset global venture capital empire based in Toronto, owns 38 dams across Maine and has argued that fish runs can thrive by retrofitting, not removing, the dams.

Brookfield Renewable owns more than 5,300 renewable power-generating stations in 17 countries, the majority of them hydroelectric plants, and makes most of its money selling power to utilities.

“Through accurate design and engineering and an estimated investment of $22 million, we will put in place the proper facilities and implement the right procedures to ensure fish movement on the Kennebec,” the company, whose U.S. offices are in New York City, said in a statement.

“These facilities provide many benefits to the people of Maine and these communities in terms of recreation, flood protection, climate resiliency, cultural and historical significance, $2.2 million in annual tax revenue, family-sustaining wages, power generation and more.”

Spokesman Andy Davis said in an interview that the company had been methodically studying the best engineering solutions for the four dams, which generate a total of 46.9 megawatts of power, enough to supply 37,000 homes and representing about 3 percent of the state’s renewable electricity. “These and other dams in Maine have been there for decades and centuries and we are going to use science and engineering to make sure there are solutions for everyone and everything, for people and for fish,” he said.

“We’ve done it in other places and we think there’s a way to do it here.”

But state officials and conservationists are skeptical that engineered solutions alone can do the trick and argue that Shawmut – which generates just 8.6 megawatts of power – should be dismantled altogether, and probably also Lockwood, which generates 6.6 megawatts.

Removing the dams would increase the odds a fish will make it through the fish bypasses in the ones that remain, they argue, and improve environmental conditions in the stretches of the river that have served as impoundments for the dams.

“It would be really unfortunate to have Atlantic salmon recovery in the entire U.S. be precluded because we couldn’t take a look at removing a few projects that have really minimal energy contributions to the state,” DMR’s Ledwin says.

Some scientists also believe restoring fish runs could help rebuild inshore stocks of fish like cod and haddock that used to feed on them. Ted Ames, a fisherman-turned-researcher, won a MacArthur Foundation genius fellowship in 2005 for his work highlighting the connection.

“We need to have the Gulf of Maine rebuilding its food web; we need to have rivers sending billions and billions of young fish out into the ocean for species like cod,” says Landis Hudson, executive director of the conservation group Maine Rivers. “To my mind Brookfield has not been a helpful partner in our long and painful efforts to improve the health of the Kennebec and reconnect its broken habitat fragments.”

The Lockwood dam in Waterville, the first of the dams the fish encounter, has a notoriously bad fish bypass that, even when it attracts fish, ends with them being loaded on a truck and driven farther upriver. Last year only 180 shad found their way into the bypass and 44 the year before, which strikes retired sixth-grade science teacher and recreational fisherman Willie Grenier as inadequate.

Grenier, who lives in Waterville, says he regularly fishes for shad below the Lockwood dam in springtime, often with a guest, and that each person fishing from his boat invariably catches 30 or more of the migratory fish in a few hours. “If I stayed all day fishing, I could catch 200 without a doubt,” he says.

Hydro Kennebec, also in Waterville just upriver from Lockwood, has a recently built $14 million fishway that presumably will allow the fish to pass, though DMR in its filings to FERC notes that this remains unproven so long as Lockwood blocks the way. Shawmut, the next of the dams, has what DMR describes as “significant uncertainty regarding the ability to effectively pass fish at required standard.”

Brookfield emphasizes the importance of keeping Maine’s hydropower capacity intact to help it meet its ambitious climate change goals, which include Gov.

Mills’ goal of becoming carbon-neutral – having net zero carbon emissions – by 2045. But the Natural Resources Council of Maine, which champions climate change action, backs decommissioning of at least some of the dams.

“These four dams only generate a small amount of power but are causing enormous harm to the Kennebec and the endangered Atlantic salmon that depend on a healthy river to survive,” says Pete Didisheim, the group’s advocacy director. “The benefits for the fish, wildlife and communities along the Kennebec would be historic if these structures were removed and the river could run free again.”

The timeline for a final decision remains unclear, though it may be some years yet. FERC rejected Brookfield’s proposed final species protection plan for the dams on July 13 and, on Dec. 2, set a deadline for a new plan for May 31, 2022.

Brookfield, for its part, says it’s committed to safe and effective fish passage at the dams. It’s studying how to improve the bypass at Lockwood and intends to start construction on a new passage at Shawmut.

“Do you want to make a smart investment or a quick investment?” asks spokesman Davis. “The extensions we’ve sought and were granted so we could get the right way to do this stuff.”

“IT WOULD BE REALLY UNFORTUNATE to have Atlantic salmon recovery in the entire U.S. be precluded because we couldn’t take a look at removing a few projects that have really minimal energy contributions to the state.” — SEAN LEDWIN, MAINE DEPARTMENT OF MARINE RESOURCES