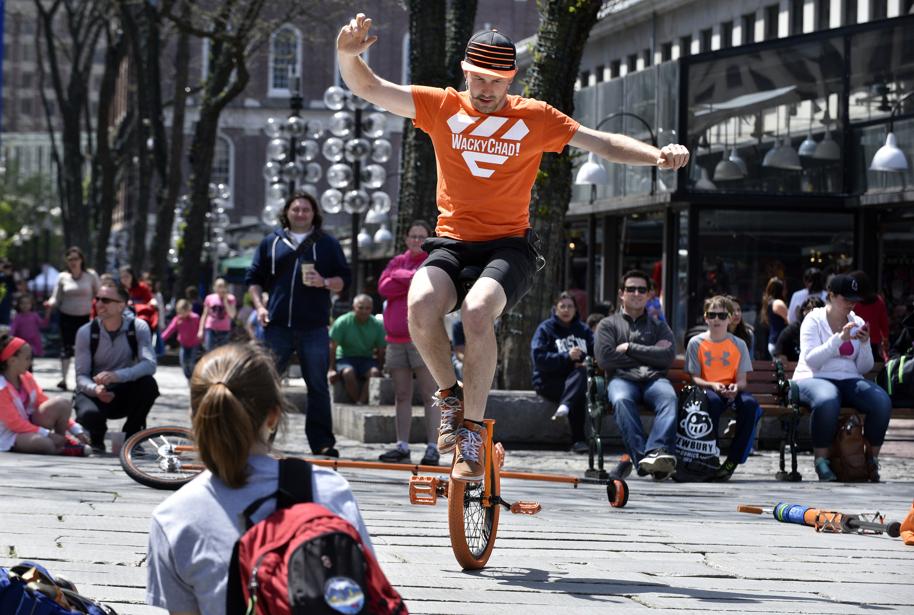 Chadd Deitz, a.k.a. Wacky Chad, will be part of the lineup.

Al Millar, known professionally as “The Human Knot,’’ hasn’t performed his street act of comedy and contortionism publicly since early March at Mohegan Sun Casino. Millar has appeared across venues in the Boston area, including Faneuil Hall and Harvard Square, but after measures to prevent the spread of COVID-19 closed venues and banned gatherings, those gigs are gone.

“My career has come to a stop, basically,’’ said the 42-year-old Boston resident, a native of Australia, who earns his living traveling around the world, performing his act before crowds for tips. “If you can’t have an audience, you can’t have a show.’’

On Saturday, April 25, though, anyone with Internet access can see Millar and more than 100 other buskers perform again. Karen Cecy, a festival planner in Toronto, partnered with performers Rob Roy Collins and Jason Henderson to put together a 24-hour live virtual show of street performers from 19 countries. (Two other Boston-area artists, dancer Snap Boogie and stunt comedian Chadd Deitz, a.k.a. Wacky Chad, are part of the lineup, too.) Their talents range from escape artistry to sword swallowing and flame-throwing. Many have backgrounds in Cirque du Soleil or Broadway shows. During the Online Live Buskerfest, they will stream their acts live on worldbuskersunited.com from wherever they are. Cecy will mix in some recorded videos of memorable past performances, too.

For the digital equivalent of tossing a few bucks into the hat, just click on the Tip button to send cash that will be divided among the acts. (Catch Millar at 5 p.m. and 7 p.m.)

“We want it to be a full festival experience, but you get to bring it into your living room,’’ Cecy said, “Street is their canvas," she says of the performers. “More than anything, [performing] is where their happiness comes from.’’

Grace Grifin can be reached at grace.griffin@globe.com