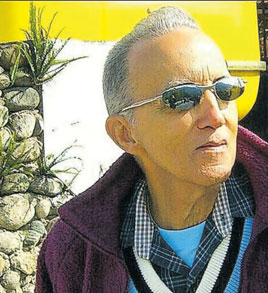 NEXT IMAGE
A soldier of pan falls RIP Curtis Pierre
Last Sunday, the steelband world was saddened by the passing of one its stalwart icons, Curtis Pierre, 84. A Belmont boy, who subsequently resided in Woodbrook, amongst Pierre’s best-known achievements was his success at integrating the steelband movement, attracting fair-skin “college boys” into its fold at the turn of the 50s when he attended St Mary’s College, having previously attended Belmont Boys Intermediate School.

Ironically, while attending St Mary’s, it was a Catholic priest (Fr Girod) who drew Pierre to pan in 1949.

Taking to the instrument like a duck to water at a young age, not surprisingly, Pierre got stern objection over his attraction to what was then considered an instrument for hooligans, ruffians and criminals. His mother was especially vehement that he should not play the instrument.

It might have been considered a novelty back in 1949, a steelband being regarded something that boys from behind the bridge played, getting into fights and other forms of social disorder, but Pierre made everyone sit up and take notice when he and his band of light-skin boys formed Dixieland Steel Orchestra. This was a steelband comprising in the main light-skinned youths from the upper middle-class; most of them students of the prestigious St Mary’s College.

Pierre was actually Dixieland’s second captain, the first being Ernest Ferriera, a youth of Portuguese descent who formed the band when he was just 15 years old. In 1951, leadership of the steelband passed to Pierre.

In an interview, Pierre is documented as stating: “The grouping in my band would be considered a little above middle class ... which (made it) anathema, that kind of thing was just not done by people in that class.”

In 1951, Dixieland went on the road for the first time. That year the band also was being rated alongside “big bands” like Invaders, Casablanca, North Stars, Rising Sun, All Stars, Southern Symphony and Katzenjammers.

In 1953, Pierre was chosen to represent T&T in the Trinidad All Steel Percussion Orchestra (TASPO) II to Miami. In the years 1956 and 1957, Dixieland carried steelband music into the country clubs, yacht clubs and homes of society’s upper strata. The band also made a strong impression on the road at Carnival time when they brought out their own masquerade bands. These included Warriors, C Bees and Sioux Indians among others.

Pierre was at the helm of Dixieland in 1960 when the band made a clean sweep of the Trinidad Music Festival, playing Pierre’s arrangement of Angus Dei, winning the preliminaries, quarterfinals, semifinals and finals, beating such bands as Invaders, Casablanca, Renegades and North Stars.

In the same year, Dixieland, with ten years of performances behind them, cut their first longplaying album.

Pierre toured England following that initial success of Dixieland, the band members paying their own fares to the UK. The band also toured Italy, Zimbabwe and the United States of America. In 1961, Dixieland embarked on extensive tour of Scandinavia, Amsterdam, Paris, Dusseldorf, Rome, Lusaka and Salisbury, Southern Rhodesia where they were guests of the International Congress of African Culture (ICAC). Here, what was initially a four-day schedule of performances, stretched to six weeks, such was the overwhelming acclaim for the band from Trinidad.

Pierre’s last year of active participation with Dixieland was in 1974. For the next ten years his involvement was with the administration of the steelband movement. He also served as a judge at the annual Panorama competition and worked closely, with the legendary Pan Trinbago president the late George “Sonny” Goddard, and with the late Prime Minister Dr Eric Williams, for the promotion and general improvement of pan.

A jack of all trades, Pierre wasn’t just about pan. Having first worked at Singer & Co, he moved on to JN Harriman & Co Ltd, serving as a director there, in charge of Kodak Photographic and Full-o-Pet Feed Mill.

Pierre was also a politician of sort, serving in the ONR and subsequently in the NAR. He also found time to found the Dixieland Pan Academy.

One of steelband’s most endearing and affable soldiers, Curtis Pierre influenced the lives of many pan players and fuelled changes in attitude towards the national instrument and its practitioners.

Pierre’s funeral is tentatively scheduled for Friday, at 9 am, at St Theresa’s RC Church, Woodbrook, followed by cremation at the St James Crematorium, Long Circular Road, at 11 am.