Photos by Nathan Hunsinger/Staff Photographer Frisco Station construction work is reflected in the windows of The Star, the Cowboys’ headquarters. The $1.8 billion Frisco Station is a mixed-use project on 242 acres off the Dallas North Tollway. A first-phase office building has already been completed. 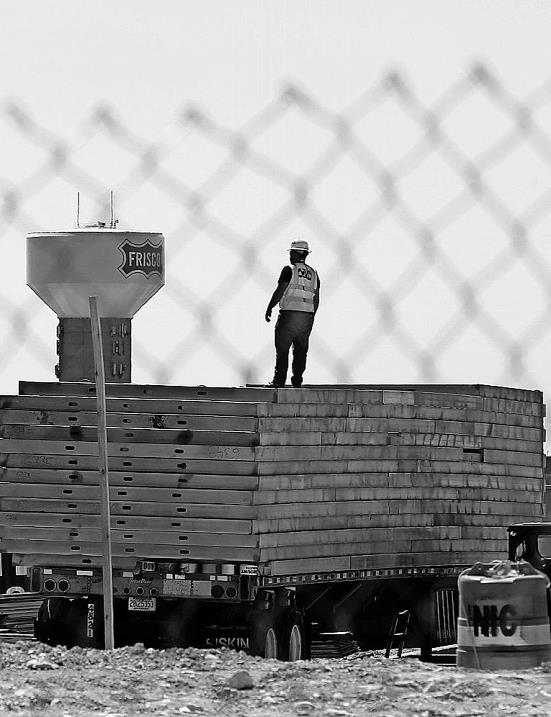 A workman gets steel ready for construction at Frisco Station.

The Hub complex in the project will have more than 200,000 square feet of eateries, entertainment venues and retail.

The $1.8 billion Frisco Station development is getting a major entertainment anchor.

A first-phase office building has already been completed in Frisco Station, and construction is underway on hundreds of apartments and two hotels.

“We have a great location right off the Dallas North Tollway and an incredible city and fan base to serve, which is always a lot of fun.

“Our developer, Hillwood, is known for making great developments come to life, and we couldn’t be happier about working with them to bring Alamo Drafthouse to Frisco in a very big way.”

Frisco Station is being built by Rudman Partnership, Hillwood and VanTrust Real Estate.

The centerpiece Hub complex in the project is planned with more than 200,000 square feet of eateries, entertainment venues and retail.

And construction just started on a 25-story high-rise apartment project in Frisco Station. Another 600 rental units and two hotels — Residence Inn and AC Hotel — are also under construction.