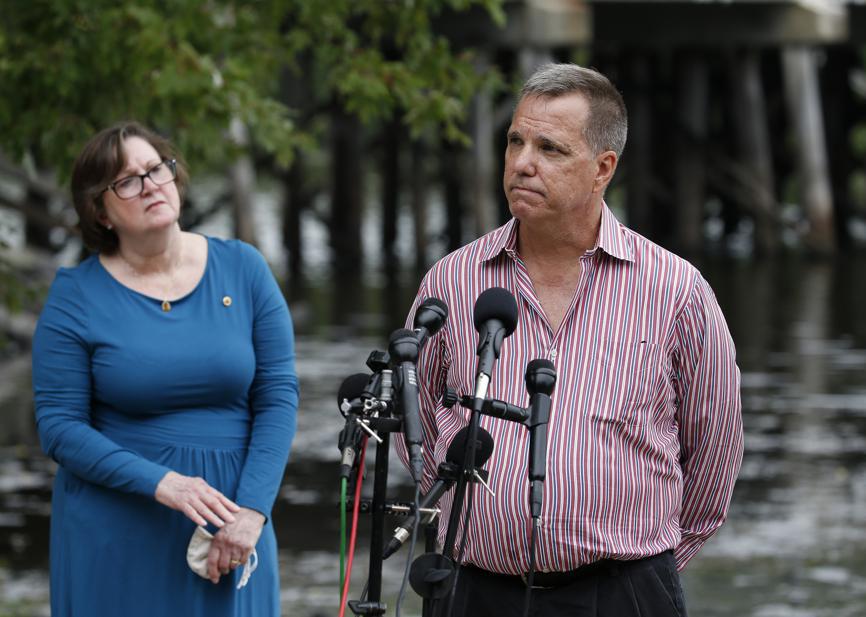 Gold Star fathers Joe Desiato (right) and Brian Hart reacted to President Trump’s comments on the military, as reported by The Atlantic, during a press conference in Bedford Thursday.US Army Private First Class John Hart, 20, of Bedford, was killed Oct. 18, 2003, near Kirkuk, Iraq, when his patrol was attacked in an ambush.Marine Lance Corporal Travis Desiato of Bedford died in Fallujah, Iraq, in November 2004. 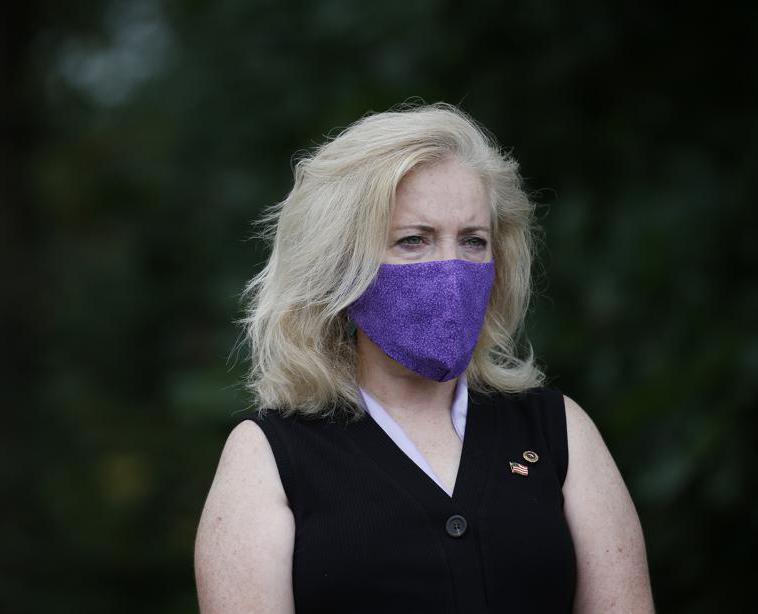 BEDFORD — The parents of two local service members killed in Iraq denounced President Trump on Thursday for reportedly denigrating US war dead as “losers’’ and “suckers.’’

Standing near a bridge named for the slain young men, the parents of Army Private John Hart and Marine Lance Corporal Travis Desiato said the president’s comments, reported last week by The Atlantic magazine and corroborated by other media outlets, were a shameful disservice to their sons’ sacrifice.

“We, the Harts and the Desiatos, are outraged and offended, but more than that — deeply saddened — that the president called them ‘losers’ and ‘suckers,’ ’’ Joseph Desiato said on the banks of the Concord River.

“Every day we wake up with an empty space in our heart, a space that can never be filled,’’ Desiato said. “Gold Star families such as ours should never have to read that the president of the United States has ridiculed our sons’ and daughters’ decisions to stand up and serve in the US military.’’

Desiato’s comments were echoed by Alma Hart, who said her son is buried in Section 60 in Arlington National Cemetery. That’s the same section where Trump reportedly said to then-chief of staff John Kelly, “I don’t get it. What was in it for them?’’

Kelly, a former Army general, was standing by the grave of his son, Robert, a Marine lieutenant who was killed in Afghanistan in 2010, according to The Atlantic.

“Think of what his ugly words signal to the next generation?’’ Hart said of the president.

Hart and Desiato each enlisted soon after graduating from Bedford High School and were killed 13 months apart, in October 2003 and November 2004 respectively.

US Representative Seth Moulton, a Salem Democrat who served four tours in Iraq as a Marine officer, also lambasted Trump.

Trump last week strongly denied The Atlantic report, which was sourced anonymously, calling it “a disgraceful situation’’ by a “terrible magazine.’’

“I would be willing to swear on anything that I never said that about our fallen heroes," Trump told reporters. "There is nobody that respects them more. No animal — nobody — what animal would say such a thing?’’

Joe Biden, the Democratic nominee for president, said last week that Trump should "humbly apologize to every Gold Star mother and father, to every Blue Star family that he’s denigrated. . . . Who the heck does he think he is?’’

“I’ve just never been as disappointed, in my whole career, with a leader that I’ve worked with, president or otherwise,’’ Biden said. “If the article is true — and it appears to be, based on other things he’s said — it is absolutely damning. It is a disgrace.’’

Material from the Associated Press was used in this report. Brian MacQuarrie can be reached at brian.macquarrie@globe.com.