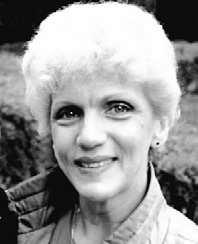 PORTLAND - Virginia Economy Cantara died on July 24, 2022 from Alzheimer’s disease. She was a resident of Fallbrook Woods in Portland for the last four years of her life where she was cared for with kindness, compassion, respect, good humor and love.

Ginny, known as “Nanny” to her grandchildren and “Mrs. C “to her students, was born in December 1932 in Rockland to Kaliopi Ropi Economy and Spiro Economy who were immigrants from Korce, Albania. Ginny was proud of her heritage as a “full blooded Albanian” and delighted in meeting other people with the same heritage with whom she could speak Albanian.

Ginny graduated from Rockland High School and Gorham State Teachers College (now the University of Southern Maine) with a bachelor’s degree in elementary education and proceeded to teach for nearly 50 years. Ginny went on to obtain a master’s degree in Educational Counseling from the University of Southern Maine and a Graduate Certificate in Gifted and Talented Education from the University of Connecticut. While paying her way through school by cleaning the men’s room at Gorham State Teachers College, she met Ronald Cantara from Saco, who she married in 1955.

Ginny began her teaching career at the Consolidated School in Kennebunkport, and throughout her career taught at the Hebrew Day School in Portland, in Portland schools for over 30 years and Scarborough schools for over 16 years. She began as a 4th grade teacher and soon learned that her true calling was in gifted and talented education. She was a co-creator of Portland’s first gifted and talented program and advocated tirelessly for students who she referred to as “our future world leaders”. Her students knew her for her purple pens, her refrain of “I should have been a nurse”, the Monday questions, Mind-bender of the week, Shakespearian play productions and yearly research presentations.

Life dealt Ginny a tough hand, losing her husband at the age of 36 and raising two teenagers as a single parent.

She faced her struggles by beginning to run at the age of 40 which she continued until she was 70, and taking tennis lessons at the age of 50, quickly becoming a serious and competitive player.

After retiring from both Portland and Scarborough schools, Ginny dedicated her time to loving her grandchildren, playing competitive tennis including in the Maine Senior Games, and becoming known as quite a shark at duplicate bridge.

Ginny truly came into her own, however, when she became a grandmother.

Known as “Nanny” to her four grandchildren, she showered them with unconditional love. She created breakfast menus for them to order from when they had Nanny overnights, appearing at the breakfast table wearing an apron, ready to take their order with her pad and pen. She engaged them with books to ensure excellent reading skills, kept her blue candy bowl filled with M&Ms, and was known for hiding candy in tennis balls that she would send to her oldest grandson, Bennett, while at Camp Chewonki.

Ginny was diagnosed with Alzheimer’s Disease in 2015, which quickly deprived her of her freedom and then her memory. Her humor and sassiness remained intact, however, until just a few weeks ago and she continued to be certain that every wonderful staff member at Fallbrook Woods was one of her former students – and some of them actually are.

The family invites you to a time of visitation at Jones Rich and Barnes on August 2 from 4 p.m. to 7 p.m., 199 Woodford St., Portland.

A memorial service will be held at The Cathedral Church of St. Luke - Ginny’s place of worship for many years – on Wednesday August 3, at 11 a.m., 143 State St., Portland ME 04101. All of Mrs. C’s students are welcome and encouraged to attend to share a story about who is sure to be their favorite teacher.

In lieu of flowers, please make a donation in the name of Virginia Cantara to the Maine Chapter of the Alzheimer’s Association, online at: https://www.alz.org/maine, or by mail to: 383 U.S. Route One #2C Scarborough, ME 04074