Mapping project by Israel critics is antisemitic and must be condemned
The targeting of Jewish organizations and individuals harks back to the virulent conspiracy theories of the The Protocols of the Elders of Zion. 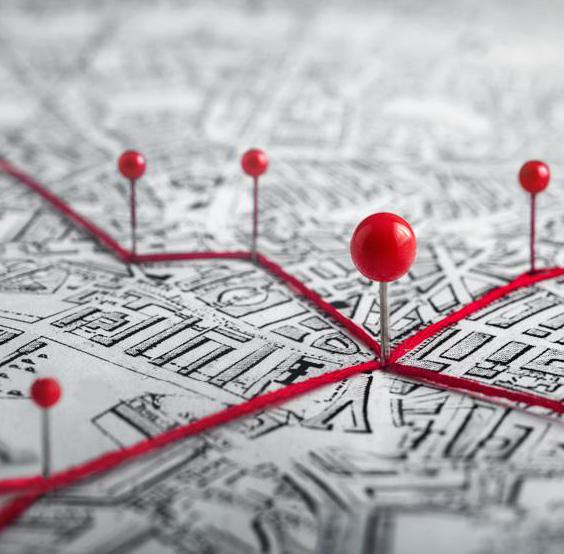 NEXT IMAGE
By Robert Trestan

We are living through a time where antisemitism is resurging in ways we haven’t seen in years and where calls to demonize and shun particular communities are undermining democratic principles and institutions.

Having said this, one didn’t expect to see anything as vile and sinister as the Mapping Project, endorsed by the BDS (Boycott, Divestment, and Sanctions) Boston movement, which has surfaced in recent days.

This project presents a map and includes names of many individuals and institutions integral to the Jewish community and identifies the institutions over which they supposedly have corrupt influence. It calls to “dismantle’’ them and names employees and lists addresses. It directs readers on its homepage: “Every entity has an address, every network can be disrupted.’’ This is reminiscent of the worst kind of targeting and isolation of the Jewish people. It is a form of intimidation deeply rooted in antisemitic tropes.

This call to action against an entire community is unacceptable and dangerous. It is an affront not just to the targeted Jewish community but to all who hold dear our democratic values. It plays into the notion that Jews act in conspiratorial ways, that Jews have excessive poisonous power, and that Jews therefore are legitimate targets.

This kind of conspiracy theory has a long history and culminated in the early part of the 20th century in the most insidious antisemitic document ever concocted, The Protocols of the Learned Elders of Zion. The claim there, a complete fantasy, was that Jewish leaders had gathered and planned a takeover of the world. The Protocols were allegedly the “discovery’’ of these secret plans.

Like many recent manifestations of current antisemitism, the mapping project is framed in terms of condemnation of Israel, intertwined with age-old antisemitic tropes of Jewish power and conspiratorial behaviors. To be sure, one can legitimately critique the political stances of any organization. But to do so with this kind of bigoted language — while calling for the “dismantling’’ of an entire community — is dangerous. This kind of heated blame-the-victim rhetoric has led to violent assaults on American Jews in this country.

One need look no further than a number of the anti-Israel protests in the United States in May 2021, during a period of military conflict between Israel and Hamas, where hateful rhetoric against Jews motivated some to carry out violent assaults. Attacks against Jews nearly doubled during that period, contributing to a major spike in 2021 that drove US incidents to an all-time high.

The mapping project sees Jews as a cabal rather than as American citizens exercising their legitimate rights in supporting a democratic ally of the United States. The Jewish community, like others in American society, is diverse and reflects a variety of views on many subjects, including Israel, though support for the Jewish state overwhelmingly cuts across ideological lines. Hardly a cabal!

The project is about the purported sinister ability of these all-powerful Jews to influence and control political figures in order to achieve their nefarious goals. Support for Israel’s legitimacy as a democratic Jewish state is a tenet of much of Boston’s Jewish community, but it’s understood that American support for Israel rests on the shared values and interests of Israel and the United States.

The project incentivizes others to take action against these corrupt and evil forces.

At a time when antisemitism has new adherents in America, this project comes at the worst possible moment.

This is also part of a larger effort by anti-Zionist groups who increasingly call for the ostracization of Zionists and Zionist organizations. It has included the expulsion of a Jewish member of a sexual assault support group at the State University of New York for a post in support of Israel; a student-led petition at Tufts University asking fellow students to boycott campus Zionist and pro-Israel programs; and the Washington, D.C., chapter of an environmental justice group refusing to participate in an event because of the inclusion of Zionist groups.

Whatever one’s views on Israeli policy and actions — and we recognize that opinions vary widely — this should be an occasion for all to stand up against this kind of intimidation and targeting.

In the 1920s, industrialist Henry Ford used his newspaper, The Dearborn Independent, to disseminate the Protocols and its antisemitic conspiracy notions to the American people. We have come a long way in this country since those days. Jews have been able to live good lives as Americans because of the good work of so many.

Let’s not regress to those sad times in our history.

Robert Trestan is the New England regional director of the Anti-Defamation League.