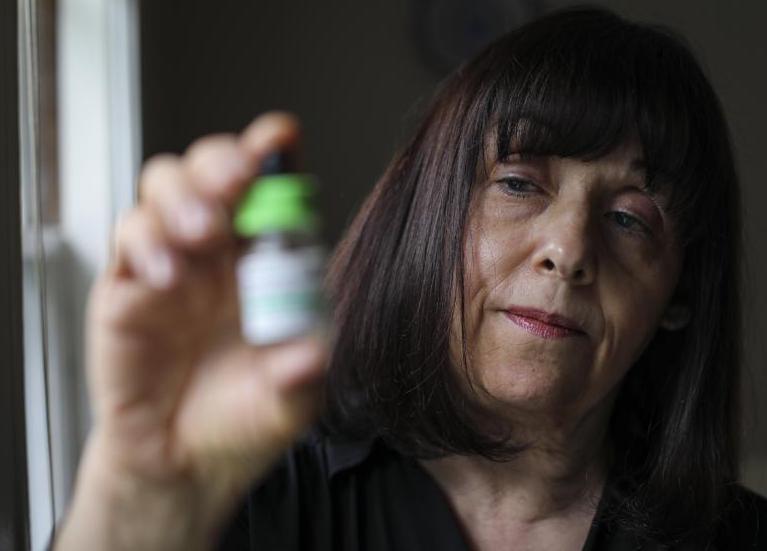 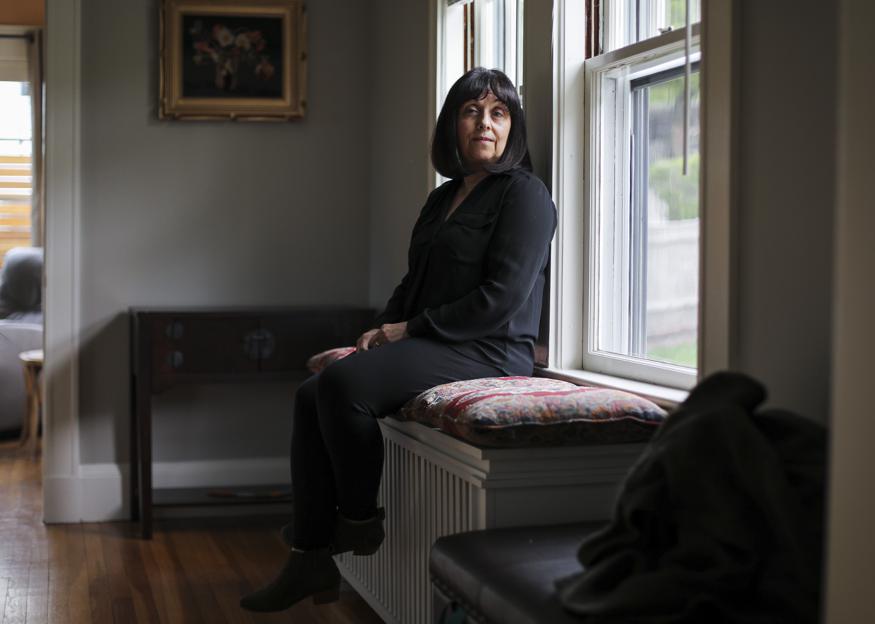 Carol Vaghar of Newton uses an eye drop from Pfizer to manage a rare form of glaucoma. But the medicine will soon no longer be available, leaving her little choice but to consider potentially risky surgery.

NEXT IMAGE
By Ed Silverman, STAT

An eye drop that Carol Vaghar has taken for the past few years to manage a rare form of glaucoma will soon no longer be available, leaving her little choice but to consider potentially risky surgery to maintain the pressure in her eyes.

The 62-year-old Newton resident developed cataracts in both eyes many years ago and after surgery developed aphakic glaucoma, which causes intraocular pressure to rise dramatically. Vaghar tried various medications, but only one — a decades-old eye drop called Phospholine Iodide — has been effective. But Pfizer, the only supplier, this month will stop distributing the ­product.

“I don’t have a natural lens in either eye, so I wear contacts to function and need this medicine,’’ said Vaghar, a real estate agent. “I’ve tried many glaucoma drugs, but it’s the only one that seems to work for people who don’t have a lens in their eye and must keep the pressure down.

“And for those people who need it, they really need it. There are no alternatives. But Pfizer won’t budge.’’

Aphakic glaucoma, an uncommon condition, can occur after the natural lens is removed as a result of cataract surgery, though few people develop the problem. But for those who do, lowering the pressure in the eye is crucial. Otherwise, patients are likely to lose their eyesight. Other glaucoma treatments are often ineffective for this condition, according to ophthalmologists.

Vaghar and several other patients, in addition to parents of children who use the drops, have tried to persuade Pfizer to reverse course. Until recently, Pfizer declined to name its manufacturing partners. Meanwhile, the patients enlisted physicians in hopes of locating another company willing to make the drops. But such a step would require regulatory approval, a challenging and time-consuming process. And time is not on their side.

“If this goes off the market, we’ll probably have to do surgery for some patients to control their pressure. This medicine is uniquely beneficial for this kind of glaucoma,’’ said David Walton, a Boston ophthalmologist who treats 40 to 50 people with aphakic glaucoma, including children, for whom it is a common cause of blindness.

“They’re scared and anxious and desperate. It’s a very intense concern. And you have a big, multinational, multibillion-dollar company that arbitrarily says it won’t make it anymore. I think it’s understandable from a Pfizer perspective. But there are things Pfizer could do to look good: make more drug or fund research to prevent the disease from recurring.’’

Pfizer said the drops are being discontinued because of “a complex chain of external partners’’ that is “increasingly unstable,’’ which has led to multiple shortages in recent years. Other companies supply many of the components, including active and inactive ingredients, sterilized packaging materials, technologies, and final formulation. The active ingredient in the drops is also toxic, he added, which means it requires special handling and transportation.

Moreover, Pfizer estimated there are only about 100 patients in the United States, based on prescription data.

“We did not come to this decision lightly,’’ a spokesperson wrote, “and made every effort to inform those impacted as soon as the decision was made to allow time to seek the best alternative treatment options.’’

A month’s supply may cost $75 to $100 for patients with insurance. “But if they increased the price by a factor of 10, we would still pay it,’’ said Elizabeth Kinder, a TV commercial producer whose son uses the drops. “Without these eye drops, the next step is surgery, which is not curative. It’s just a form of management. It doesn’t last forever and doesn’t always work. It’s the last thing we want to do.’’

The decision reflects an ongoing dilemma. Older medicines used by a small number of people may generate little to modest revenue, sometimes forcing drug makers to coldly calculate their return on the investment or, in this case, to contract with other companies to manufacture a product.

From a financial perspective, discontinuing such a product may make sense. At the same time, a company runs a risk of bad publicity, especially when companywide sales are in the billions of dollars and good will could be generated by maintaining supplies.

“It sounds like a story we’ve heard before, and it’s a challenging story,’’ said Aaron Kesselheim, a Harvard Medical School professor who also heads the program on regulation, therapeutics, and law at Brigham and Women’s Hospital. “It may be a rare problem, but these are the kinds of circumstances where we may need to think about alternatives for manufacturing and supplying the product.

“Sometimes, manufacturers have been encouraged to continue the supply based on public outcry. But if they’re not going to produce the product anymore as a for-profit company, that’s their prerogative. But this is really a societal problem. We should be trying to develop a way of dealing with these issues so it doesn’t fall on shoulders of individual patients to bang on Pfizer’s door.’’

Pfizer did acknowledge that Emergent BioSolutions (EBS) performs all of the fill and finish, which refers to filling bottles with the eye solution and packaging them for distribution. But Emergent, which last year won contracts to help produce COVID-19 vaccines, is embroiled in a scandal over contamination of millions of doses of the shots manufactured at its Baltimore plant and was harshly criticized by the Food and Drug Administration after a recent inspection.

Whether Emergent could maintain its involvement with this medication is unclear. Also unclear is whether a compounding pharmacy could step in, given the manufacturing challenges. Pfizer declined to identify the company that supplies the active pharmaceutical ingredient, though AMRI confirmed it previously filed documentation with the Food and Drug Administration to supply the ingredient in the United States.

“Unfortunately, I don’t think anybody is going to produce the drug. There’s only a select group of people for whom this works great, and they may have problems, because they will need surgical intervention,’’ said Alan Robin, executive vice president of the American Glaucoma Society and an associate professor of ophthalmology at Johns Hopkins University.

“In the old days, pharmaceutical companies would make loss-leaders out of a product as a service to both doctors and patients as a good-will effort. But nowadays, Pfizer is out of the eye-care business, so there’s no incentive to produce this. I wonder whether they would be different if this was a profitable drug.’’