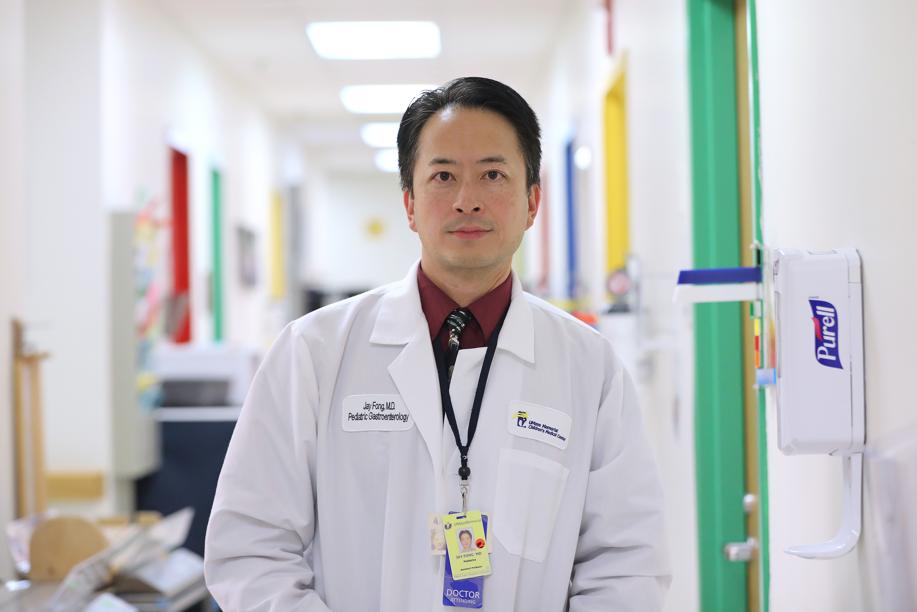 Dr. Jay Fong, a gastroenterologist at UMass Memorial Medical Center, said the rise in the syndrome has been alarming.

The condition, called cannabinoid hyperemesis syndrome, can be horrific for patients, causing intense abdominal pain, nausea, and days-long vomiting episodes that are strangely relieved by hot showers or baths. The illness can be cured by quitting pot.

The little-understood illness, first identified in 2004, is tough to diagnose because symptoms can seem similar to other diseases, doctors say, and because it can be unclear whether marijuana is causing the illness or whether patients with unrelated ailments are just self-medicating with pot.

At the UMass Memorial Medical Center in Worcester, doctors now see about one new teenager a week who they believe has the illness, up from very few cases five years ago, said Dr. Jay Fong, a pediatric gastroenterologist there.

“It’s been alarming, in the past few years, how much more frequently we’re seeing this,’’ Fong said. “This is something the community and doctors need to be aware of.’’

Doctors at Brigham & Women’s Hospital, Tufts Medical Center, and Massachusetts General Hospital said they’re seeing patients with the syndrome as well, though the numbers vary widely among hospitals, from one case per month to a few each week.

Dr. Braden Kuo, a gastroenterologist at MGH, said he believes some doctors are too quick to blame cannabis for the sicknesses when they learn about a patient’s pot consumption. He believes many people with other illnesses — such as one that appears similar called cyclic vomiting syndrome — are misdiagnosed with the cannabis syndrome because patients self-medicate with marijuana in an attempt to ease their nausea.

“The majority of the medical community is still very prejudiced against marijuana,’’ Kuo said. For many doctors, particularly inexperienced ones, he said, “as soon as they hear marijuana, they say, ‘Oh, you have [cannabinoid hyperemesis syndrome].’ ’’

In emergency rooms, some patients are treated with an antipsychotic drug, Haldol, and cream containing capsaicin, a spicy chemical found in chili peppers. They also receive lots of fluids.

“The thing that worries us the most is they can develop kidney injury, just because they get so dehydrated,’’ said Dr. Peter Chai, a toxicologist in Brigham’s emergency department.

That dehydration can also, in the worst cases, cause death.

To diagnose the illness, doctors must often conduct lab tests, scans, X-rays, and endoscopies to rule out other conditions, which can take months and cost tens of thousands of dollars. But the only way to truly know is for a patient to quit marijuana for at least a few months and see if the vomiting stops.

Many patients are reluctant to do that, Fong said, because they say marijuana makes them feel better. And it’s hard for people to believe that their pot use is causing their symptoms, which may strike hours or days after consumption.

One Central Massachusetts family well knows the struggle of getting a conclusive diagnosis.

John, a 19-year-old college student who reports smoking marijuana a few times each week, has thrown up every morning from September to December for the past three years, said his mother, Alison, 53. John quit pot for two months, but his vomiting attacks continued, so he returned to cannabis. His mother wishes he would abstain longer to be able to rule it out as the cause, she said.

“No amount of imploring on my end, no amount of sitting on the bathroom floor with him and crying has gotten him to the point to say, ‘That’s it, I’m done,’ ’’ said the mother, who requested that their last names not be published because of concerns for her son’s job prospects.

It’s unclear how prevalent the cannabis syndrome is. State and federal officials don’t track the condition.

One study, published last year in Basic & Clinical Pharmacology & Toxicology, found that 51 of 155 heavy marijuana users interviewed in a hospital said they suffered nausea and vomiting that dissipated with hot showers. Using that rate, the study estimated that 2.7 million of the country’s 8.3 million people who consume marijuana daily or near-daily could suffer from the syndrome or something similar.

Other doctors doubted that number. “Do you really think that if 2.7 million people had episodes of otherwise unexplained vomiting and went into an ER as a result, we wouldn’t notice?’’ said Dr. Jordan Tishler, a Boston-area physician specializing in cannabis.

Moderation is key, Tishler said, adding that too much of any medicine can be harmful.

Among 211 patients with the syndrome, 24 percent reported consuming pot multiple times per day and 48 percent reported daily use, according to a 2017 article in the Journal of Medical Toxicology.

Doctors don’t yet know how the illness forms or why it affects a small segment of pot consumers. Theories abound. Doctors believe that genes may play a role and that an over-accumulation of cannabis in the body may create a harmful reaction in the same areas — the brain’s hypothalamus, serotonin levels, or receptors — that marijuana, in small doses, may act on to reduce nausea.

As to why hot bathing and capsaicin cream may provide relief, some doctors suspect that certain receptors in the gut, brain, and skin that govern nausea can be over-stimulated with large amounts of marijuana but calmed with heat.

For patients, that relief is crucial.

During his episodes of days-long vomiting, one 39-year-old man from Central Massachusetts said he would stay in the hot shower for hours.

“That becomes your biggest stress in the moment: How long before the hot water runs out?’’ he said. “Outside that little safe zone, you’re a nauseous pain ball, but in there it all melts away.’’

The man, who requested anonymity because of career concerns, had smoked marijuana multiple times a day since his early teens and suffered through at least a dozen vomiting episodes before finally quitting pot for three months last year. His health improved.

He started smoking pot again, this time plants grown by a friend without pesticides. He hasn’t thrown up since.

“Weed makes the things in life that are hardest to navigate a little easier,’’ he said, though he feels nervous. “I don’t approach this with absolute confidence.’’

Naomi Martin can be reached at naomi.martin@globe.com.