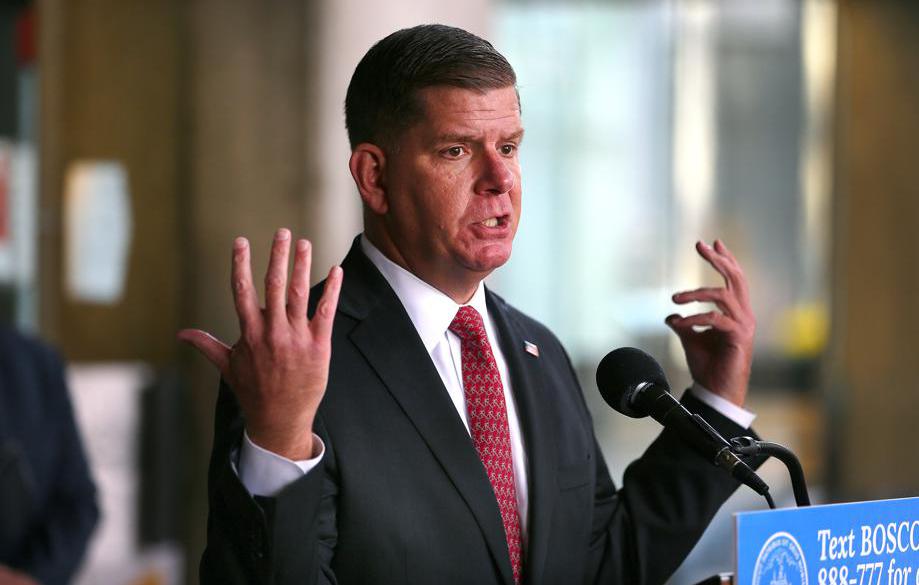 “Stable housing is the foundation of economic security for all residents in Boston,’’ Mayor Martin J. Walsh said.

NEXT IMAGE
By Tim Logan and Danny McDonald, Globe Staff

With the expiration of a state ban on evictions less than two weeks away, Mayor Martin J. Walsh on Wednesday said some of Boston’s biggest landlords have pledged not to push tenants out of their homes after Oct. 17 if they can’t pay rent.

Twenty-five major property managers — including Davis Cos., Peabody Properties, and Trinity Financial — agreed to work with tenants who owe back rent on payment plans rather than move to swiftly evict them, he said. Collectively, they control tens of thousands of apartments throughout Boston.

It’s the latest step by the Walsh administration to ward off what advocates fear could be thousands of evictions in coming months, and it came as the mayor filed legislation with the City Council that would require landlords to include rent relief resources with eviction notices.

But some City Council members want Walsh to take a stronger stand, perhaps even by moving on his own to block evictions.

Councilor Lydia Edwards on Wednesday urged Walsh to do just that by asking the Boston Public Health Commission to issue an emergency hold on evictions, based on the risk of spreading COVID-19 by displacing people from their apartments. She also called for giving tax breaks to landlords who help struggling tenants, and for Walsh to join a growing push for broader solutions on Beacon Hill to a fast-growing problem that looms over the state’s rental housing industry.

“Tenants, landlords, and homeowners throughout the Commonwealth are facing an unprecedented crisis on the 17th if we don’t take immediate action,’’ Edwards said.

The City Hall debate highlights what is at stake as Massachusetts’ toughest-in-the-nation eviction ban is set to end next week.

That moratorium, passed by lawmakers in April, has likely blocked thousands of evictions in recent months, protecting tenants who lost their jobs and have fallen behind on rent. But US District Judge Mark Wolf has voiced skepticism about its legality and Governor Charlie Baker recently signaled that he isn’t likely to extend it past Oct. 17, preferring to work with state housing courts to manage cases in a way that protects both tenants and landlords.

A federal eviction ban enacted by President Trump on public health grounds in September remains in effect through Dec. 31. But it offers less protection than the state moratorium and faces stiff legal challenges. Walsh said he hopes his deal with landlords will offer tenants protection well into next year.

“Stable housing is the foundation of economic security for all residents in Boston, and a basic human right,’’ Walsh said. “By signing this pledge, landlords will agree to work with their tenants to avoid evictions, and I’m grateful to the 25 landlords who have already given their support to this crucial work.’’

Landlords said they were glad to take part in the agreement, noting that evictions help no one, and that the pledge can buy time for all parties to craft new rental terms.

“It gives owners a chance to work this out, which I think will help their tenants feel a little more comfortable,’’ said Greg Vasil, president of the Greater Boston Real Estate Board. “No matter what happens, maybe it’ll help create more dialogue around all this.’’

The pledge and the measure Walsh filed on including tenant resource with any eviction filings is a start, said Edwards, but won’t be nearly enough to protect vulnerable renters.

At a City Council meeting Wednesday, she urged an emergency order blocking removal of tenants from their apartments on public health grounds — not unlike the Trump administration’s move last month to block evictions through the Centers for Disease Control and Prevention — perhaps coupled with tax breaks for landlords who cooperate with tenants.

“Look at the taxes and seriously consider helping landlords who are not collecting rent right now,’’ she said.

It’s not clear if the city has the legal authority to block evictions through the Health Commission. The lawyer challenging the state eviction ban said Wednesday that he would quickly file suit over a similar ban in Boston. And Wolf’s concerns about the legality of the state moratorium would likely also apply in Boston. Edwards, though, pointed to standing orders blocking evictions in Cambridge and Somerville and said Boston should consider the same.

Either way, Walsh and Edwards both agree that a more comprehensive solution needs to come from state lawmakers.

The Baker administration, housing courts, and advocates are trying to hammer out a plan that would provide more resources and counseling to tenants who face eviction. In anticipation of the moratorium ending, state courts this week issued rules designed to better ensure tenants know their rights in eviction proceedings.

Meanwhile, a bill that would extend the state’s moratorium well into next year won a favorable recommendation from the Legislature’s Housing Committee last week. Tenants rights groups are rallying nearly every day in support of it, though the bill’s chances of advancing are unclear.

Walsh hasn’t taken a position on extending the state moratorium, which is opposed by landlords’ groups. But he and the City Council continue to advocate at the State House for bills that would guarantee tenants the right to an attorney, and various other protections. His administration has also set aside $8 million in rental relief funds, with more likely to come soon, said housing chief Sheila Dillon.

All that, along with rental relief money and cooperation from landlords, is going to be essential if Massachusetts hopes to avoid crushing wave of evictions this winter, Dillon said.

“The city is expecting that a lot of our families could face eviction in the months to come,’’ she said. “We have to come up with realistic, implementable solutions. We’re working on rent relief. We’re working with landlords to do the right thing. We’re working on right to counsel. We’re doing everything we can.’’

Tim Logan can be reached at timothy.logan@globe.com.

Danny McDonald can be reached at daniel.mcdonald@globe.com.