103-year-old woman celebrates her recovery with a cold beer 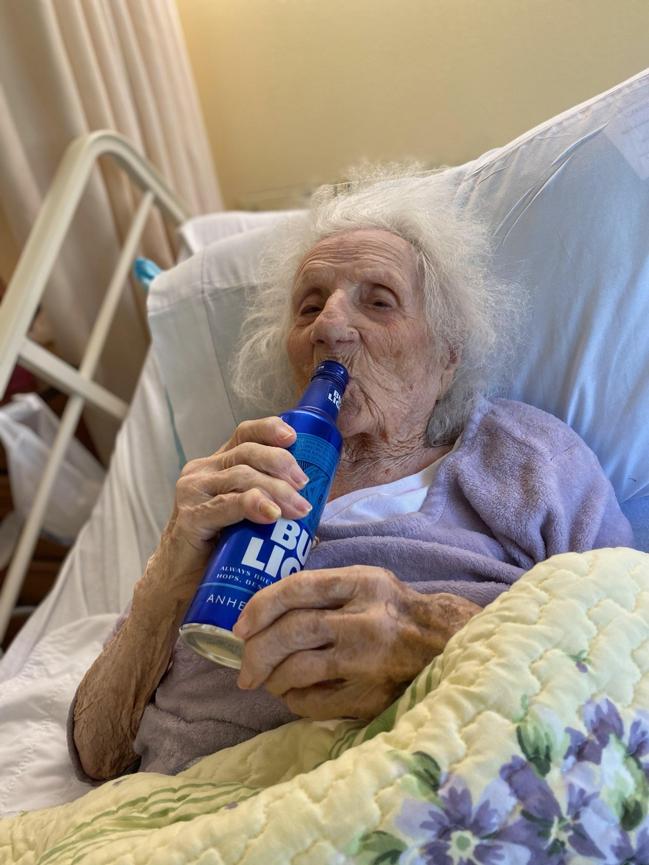 Jennie Stejna made the ultimate comeback.

The 103-year-old became seriously ill from the coronavirus but managed to make a full recovery. To celebrate, she enjoyed an ice cold bottle of Bud Light.

Stejna lives at Life Care Center of Wilbraham, according to Adam Gunn, her grandson-in-law, who said the family learned of her COVID-19 diagnosis on April 25.

As her health deteriorated, the staff at the nursing home became increasingly concerned that she wasn’t going to survive and her family called to say goodbye to their beloved Babci (a Polish name for grandmother).

Gunn and his wife, Shelley, spoke to her, as did their 4-year-old daughter.

“I asked her if she was ready for heaven, and she said, ‘hell yeah,’’’ said Gunn, who lives in Easton. “She’s a feisty Polish woman who says how she feels.’’

But her condition improved, and on May 13 she received negative test results.

To mark the occasion she was treated with the beer.

After she received the results and enjoyed the Bud Light, Gunn said, “She told the staff to ‘get the hell out of my room, I’m not sick anymore.’ ’’

Gunn said Stejna was always an avid sports fan and used to enjoy listening to sports broadcasts on a hand-held radio. “Red Sox, Bruins, Celtics . . . but she didn’t care much for football,’’ he said. “Red Sox games are what she really liked.’’

Stejna got married in 1938 and lived in the Indian Orchard neighborhood of Springfield.

The story of her recovery — and video of her drinking the beer — originally appeared on WickedLocal.com and quickly became national news. When Gunn told Stejna about the media attention she was receiving, she shrugged it off.