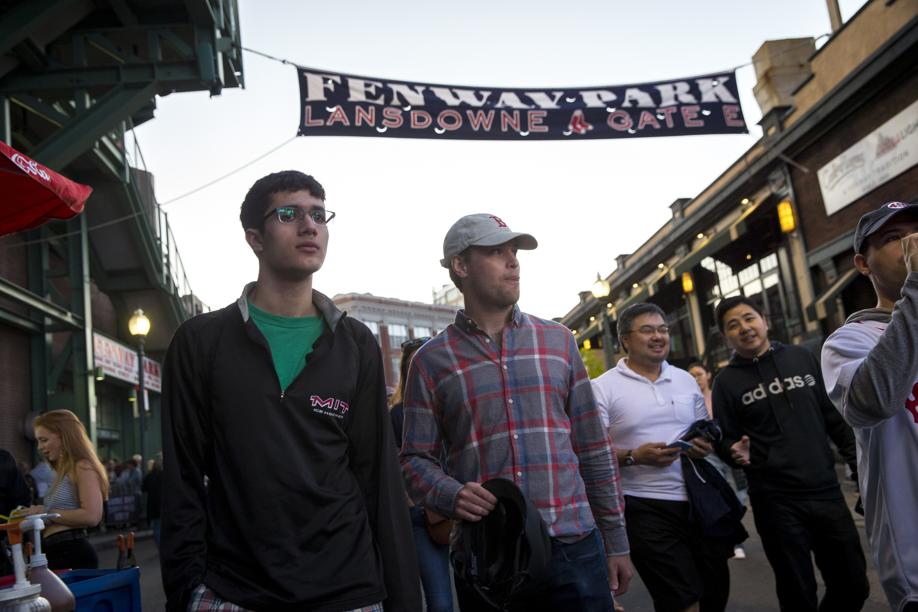 Evan Wilcox (left) said he always has a friend in Nick Sisler, who became his Big Brother 12 years ago.

But a growing body of research suggests sustained, positive relationships with caring adults can help mitigate the harmful effects of childhood trauma. And specialists say pediatricians, social workers, and others who work with kids should take steps to monitor and encourage those healthy relationships — just as they’re careful to screen for abuse and neglect.

Otherwise, “we will miss attempts to help people recover or heal,’’ said Dr. Robert Sege, a pediatrician and researcher at Floating Hospital for Children at Tufts Medical Center.

In the latest contribution to this research, a study recently published in JAMA Pediatrics, Sege and his coauthors found that supportive childhood relationships dramatically reduced the likelihood of developing depression and other mental health problems in adults. The researchers studied several types of relationships, including bonds within families, among friends, and those in the community.

In a phone survey of more than 6,000 Wisconsin adults, the researchers found that those who reported at least six caring relationships when they were young were 72 percent less likely to have poor mental health as adults, compared with those who recalled only two or fewer such relationships.

The survey included seven specific questions to measure how nurturing those sustained relationships were. Respondents were asked how often as a child they felt able to talk to their family about feelings, felt their family stood by them in difficult times, enjoyed participating in community traditions, felt a sense of belonging in high school, felt supported by friends, had at least two nonparent adults who took genuine interest in them, and felt safe and protected by an adult in their home.

“All of those things are key to developing resilient children,’’ Sege said.

As logical as the findings might seem, the research underscores an overlooked but basic point: A support system matters.

This thinking is catching on, said Dr. Andrew Garner, a pediatrician at University Hospitals of Cleveland. In 2012, Garner cowrote a seminal American Academy of Pediatrics policy statement that recommended doctors pay closer attention to early childhood adversity and toxic stress. Now, based on mounting evidence of long-term health benefits from supportive relationships, he is working on an update, recommending that pediatricians also seek information about nurturing relationships in a child’s life.

“These positive experiences may give kids a flashlight to shine into the future,’’ Garner said.

Dr. Renee Boynton-Jarrett, a pediatrician at Boston Medical Center, said the growing recognition of the power of positive relationships to foster resilience will help busy physicians remember to ask about promising family, school, and community relationships. Armed with that information, a pediatrician can make more useful recommendations, she said. For instance, Boynton-Jarrett said, some families facing particularly challenging episodes might be open to the suggestion that they reach out to relatives or friends for help.

“Maybe mom has a significant mental health condition, but that child has two aunts who are very engaged, and a grandmother who is also very engaged,’’ she said.

If a child seems to lack solid relationships with adult relatives, doctors might suggest parents or guardians look outside the family for support systems that can take root.

Boynton-Jarrett, for example, is founding director of Vital Village Network, a program at Boston Medical Center that encourages collaboration between community groups and families to help children.

In 2007, Trudy Wilcox was worried about her 8-year-old son, Evan, a lonely third-grader in Cambridge who struggled with speaking, reading, and writing and who was being bullied at school.

Wilcox was overwhelmed, often traveling to Virginia to visit her frail parents while also trying to get Evan more assistance in school with his severe learning disability. She knew she needed help, so she reached out to the mentorship program Big Brothers Big Sisters, which paired Evan with Nick Sisler, a gregarious, hockey-loving freshman at MIT.

“I am Evan’s sole parent. We don’t have extended family in the area, and I saw Nick as a friend for Evan, someone who could provide fun, which wasn’t my strong suit,’’ said Wilcox.

The MIT hockey rink became Evan’s oasis. He would tag along with Sisler and fist-bump with all the players as they came off the ice. The players would invite him onto the ice after practice, cheering him on as he gingerly skated down and shot a goal — golden memories seared in his psyche a decade later.

What started as something Sisler signed up for to fulfill a volunteer requirement at his college fraternity has blossomed into a 12-year-long friendship. Sisler, now 30 and the founder of a Boston software company, has taught Evan how to shave and how to lubricate a bicycle chain. He’s also helped him learn how to make friends.

Big Brothers Big Sisters of Massachusetts Bay also provided another trusted confidante — a “match support’’ person who regularly checked in with Sisler, Evan, and his mother, offering guidance and feedback.

Evan’s cadre of caring adults extended to his classroom as well. In high school, Evan felt isolated and often sat alone at lunch. But his language impairment didn’t affect his math skills, and his love for the subject grew, fueled by mentoring from four teachers who became his anchor.

“They got me excited about math, and they cared a lot about me,’’ he said.

Today, Evan is majoring in math, and he hopes to become a researcher. His conversation skills are still a work in progress. He and Sisler recently grabbed a pizza together and then headed to one of the last Red Sox games of the season.

Looking through the researchers’ lens, Evan was lucky: Though he was lonely and bullied at school, he had seven sustained, caring relationships — with his mother, Sisler, his match support person, and his four math teachers. Together, they created “positive childhood experiences’’ that likely helped protect him from depression and other mental health problems.