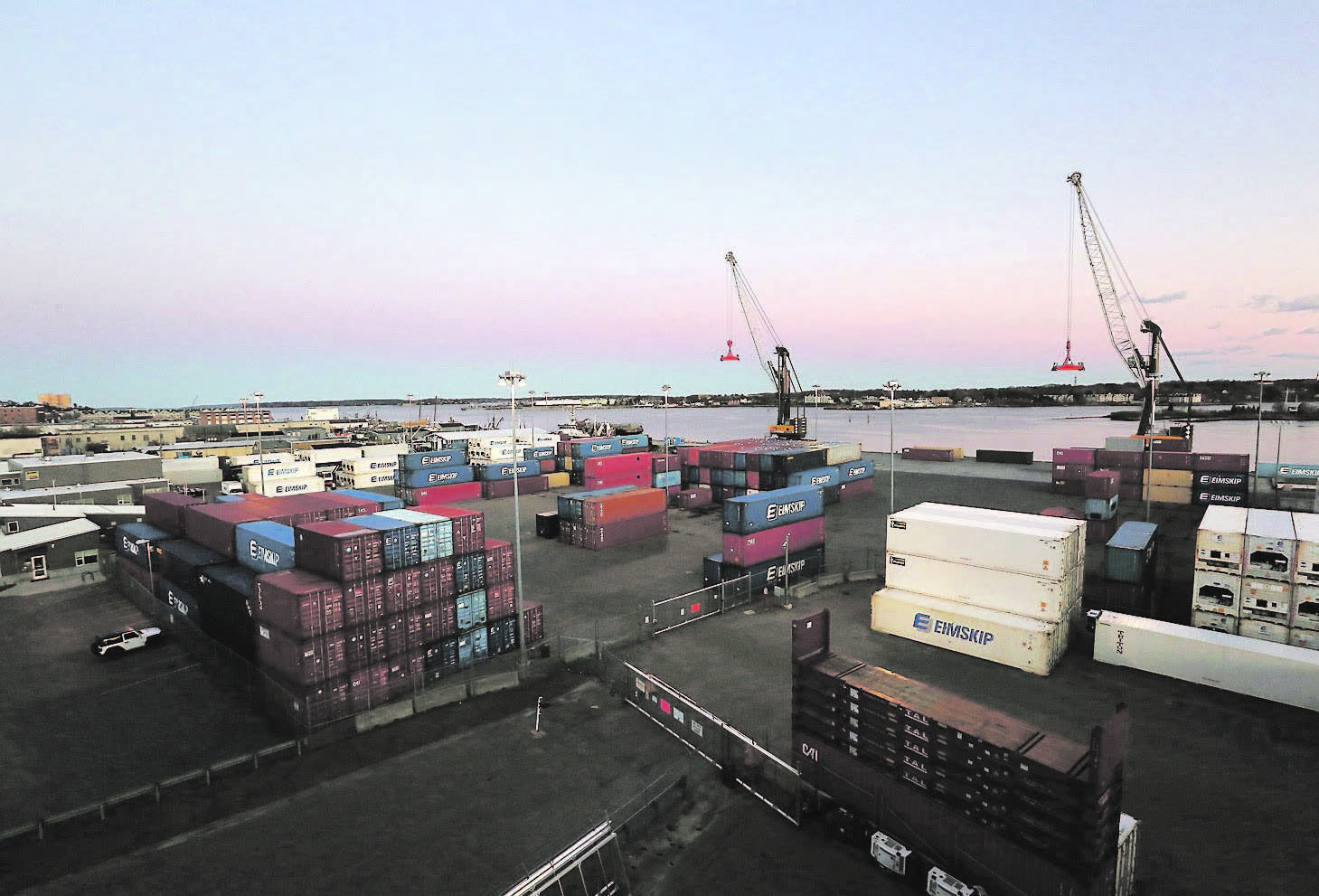 Shipping company Eimskip is projecting a 25% increase in container business to and from Portland when a fourth freighter begins making regular stops next week. The new service comes shortly after construction began on the Maine International Cold-Storage Facility nearby. The warehouse has been touted as critical for the industry. 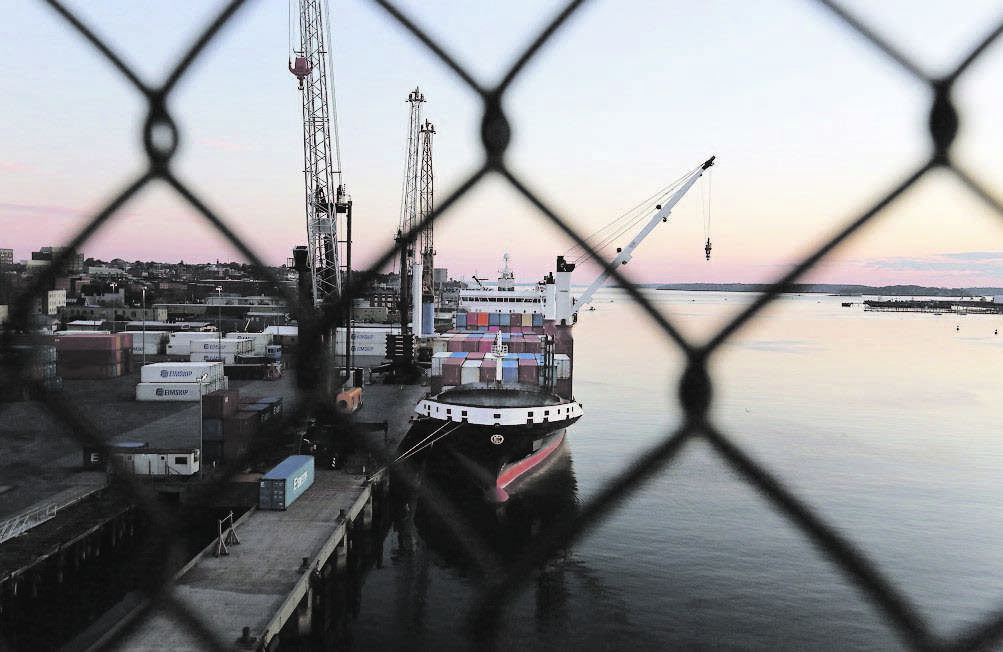 Eimskip has said it eventually intends to grow trade further by increasing the size of vessels that operate its service to and from Portland.

Maine’s only freight seaport soon will be getting busier with the Icelandic shipping company Eimskip adding a fourth vessel to its rotation of container ships that dock in Portland.

The 426-foot-long freighter Selfoss will begin tying up at the city’s International Marine Terminal next week, increasing Eimskip’s cargo capacity to and from Maine by 25%, the company said.

Eimskip currently sails three ships on a transatlantic route, stopping once a week in Portland, where the company has its North American headquarters. The container service began in 2013 with trips every other week, and in 2017 Eimskip increased the number of trips each year to 52. There are stops along the way in Nova Scotia and Newfoundland.

The newest service expansion comes amid a banner year for the Maine Port Authority and Eimskip, while larger U.S. ports have battled supply chain disruptions, congestion and delays.

One example: Construction on the Maine International Cold-Storage Facility is finally underway following years of delays.

The 107,000-square-foot, $55 million warehouse has been touted as critical to expanding freight shipments through Portland and giving Maine food and beverage companies access to new markets. Workers broke ground in August and construction is expected to finish in 2024.

“Our service and volumes have increased significantly year on year since 2013 at a rate of approximately 25%,” said Andrew Haines, executive vice president of Eimskip’s North America division. “The addition of rail, warehousing and infrastructure will all play a big part of future growth plans.”

The company’s CEO, Ólafur Matthíasson, said the NAC Line has recently grown its freight-handling business from 50 to 500 containers a year. Isafold, which started in Wells in 2019, has grown from 35 orders a week to 3,500, he said. The company recently leased a site at The Downs business park in Scarborough, increasing its square footage from 350 square feet to 10,000 square feet.

The Selfoss can carry 700 20-foot-long shipping containers, joining another Eimskip vessel of about the same capacity and two larger freighters that each can carry 900 containers apiece. There will be Portland-bound departures from Reykjavik, Iceland, on Tuesdays and Fridays, Eimskip said.

Gylfi Sigfússon, president and CEO of Eimskip North America, said that the trade relationship between Maine and Iceland on the company’s network has never been stronger.

“We continue to see a great deal of customers interested in supporting this trade lane and we are especially focusing on fresh salmon from the North Atlantic to the U.S. market offering lower emissions than shipping by air,” he said in written a statement.

Matthew Burns, executive director of the Maine Port Authority, said that coupled with the recent developments with the cold storage facility, the new vessel will help support the growing needs of Maine businesses.

Since 2013, Eimskip, the sole company docking at the terminal, has increased freight volume between 20% and 25% on average per year, with almost 38,200 containers crossing the Portland docks last year.

The port is on track to surpass that this year. The state has invested nearly $100 million in bolstering the terminal’s infrastructure and equipment.

Eimskip has said it eventually intends to grow trade further by increasing the size of vessels that operate on its transatlantic Green Line service.

Imports make up 65% of the traffic at the terminal, with exports accounting for the rest.

The uncertainty in the global economy, high inflation and a European energy crisis have caused a general slowdown in demand worldwide, Eimskip said in its third-quarter financial report on Nov. 3.

This has put pressure on global freight rates. Despite that, the company said its Green Line remains strong, with a 32% increase in transatlantic volume compared to the same quarter a year ago.

As of 2021, frozen fish was by far the most imported material by value, but top imports also included machinery, apparel, beverages, minerals and metals.

Ammunition cartridges, prepared fruits and vegetables, wooden medical instruments, industrial and electric machinery, and pulp and paperboard were some of the most valuable exports.