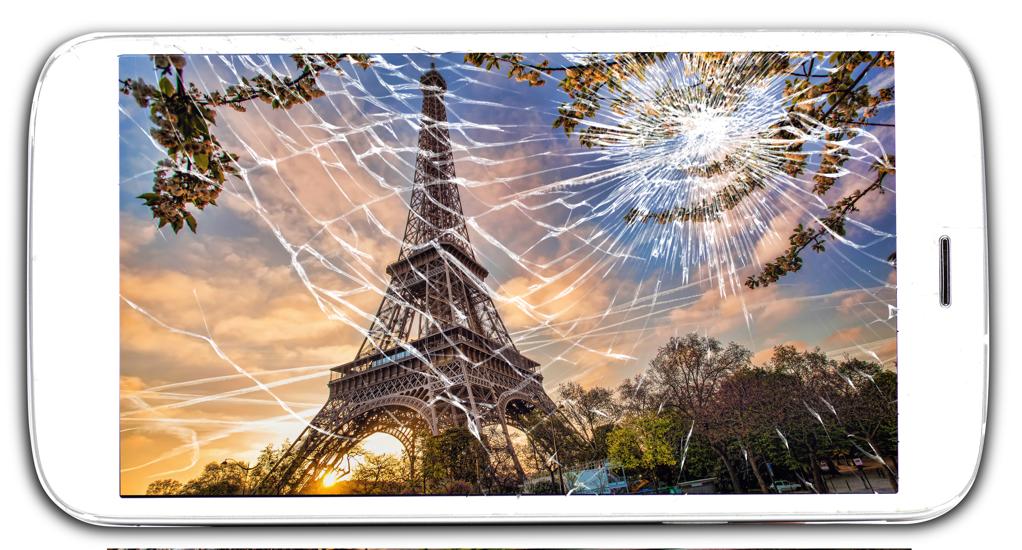 I am caught between a cab and a crazy lady.

Over and over, a woman is smashing a taxi door into me, but I can’t understand her rage. In that moment, I don’t even feel the weight of the door.

For a few seconds, I am outside of my body. I was just trying to catch a cab in Paris.

The driver was a few steps ahead of me. As I made my way to his car, a woman frantically ran toward us across the street, from the opposite direction.

I was already at his car door, so I opened it. And before I could get safely inside, the door was crashing into me.

I’d been in Paris for six days — my first European adventure. I’d heard stories about traveling while black, but France was everything I wanted it to be. “Bonjour,’’ the natives greeted me everywhere I went. Each day, I explored the cafes where James Baldwin wrote “Go Tell It on the Mountain’’ and “Giovanni’s Room.’’ I found solace in the places he spent time, like Shakespeare and Company.

Paris was his escape. And as I sipped hot chocolate in the late of night on Paris sidewalks turned patios, I felt peace. Jumping on the trampolines at the Tuileries with a sisterfriend, hands way in the air, across the street from the Louvre, I felt free. Even if it was fleeting, it was freeing.

With my feet in the grass at Luxembourg Gardens, I understood how this place became his home.

But there is no escaping racism. It comes with you in the carry-on bag called your skin.

And as I stood outside of a fancy shopping district where security stands at the entrances, being attacked by a white woman wearing a suit in broad daylight, I knew I did not have the right to be right. I was taught to defend myself.

I am American. I am black. And I am in France. I do not have the fame or black excellence of James Baldwin and Josephine Baker. Sometimes the love of black culture is so high, a few of our famous can sample freedom so long as power systems stay intact.

But I’m an everyday black American woman visiting from Boston, where Crispus Attucks, a fugitive from slavery, was the first casualty of the American Revolution. I was born in Virginia, where the first enslaved Africans in America were sold 400 years ago.

I knew I could not fight this lady. Eric Garner was choked to death five years ago on a New York street as he said, “I can’t breathe.’’

The chokehold was illegal. The killing was on video. Pantaleo didn’t go to jail. Five years after Garner’s death, he lost his job and pension. A GoFundMe for him already has raised over $160,000.

And folk call that justice. No, I could not hit her back.

All I could think about is how I might die or be detained if I defended myself from this woman shouting in my face and attacking me. I took a deep breath and shoved the door back in her direction, giving me just enough room to be, well, free.

Except I wasn’t free. I couldn’t even look back. I had to just keep pushing forward, toward my friend, toward safety.

And that’s when I felt the sting of her violence on my arm, very red but only slightly swollen.

The next day, pain pierced my elbow as I boarded a plane back to the states. I dropped my phone and smashed it.

I was not mad about my arm or my iPhone. I was hurt because I had not fought back.

The day after that, Nikole Hannah-Jones and The New York Times released The 1619 Project, an initiative observing the 400th anniversary of the beginning of American slavery by examining the consequences of slavery and the contributions of black Americans.

We became black Americans in 1619, our roots stripped from us, a new culture born.

Our people, black American people, were seen as subhuman. Whiteness could not exist without our blackness. And richness rested upon our oppression.

The Civil Rights Act of 1964 was less than 55 years ago. And we’re still fighting for equity, for black lives to matter.

“This belief, that black people were not merely enslaved but were a slave race, became the root of the endemic racism that we still cannot purge from this nation to this day,’’ Hannah-Jones writes.

And the thing about this nation is America is a world leader. Our influence is everywhere. If we cannot correct racism, if our country continues to uphold systemic oppression and anti-blackness, how can we expect to move about the world and not have run-ins with crazy cab ladies?

I am a black American at all times. But being a black and brown Parisian isn’t easy, either.

The Paris banlieues riots against brutality and inequality were in 2005. Protestors want liberation, too. Racism and classism live everywhere.

While walking through a lovely Parisian boutique the day before the attack, a salesman asked me, “Mademoiselle, are you finding happiness here?’’

What a beautiful question, I thought. We should all stop and ask ourselves that throughout the day. And the thing is, I was happy. I felt, for the first time in a very long while, light.

Even as I held my elbow on the plane back to America, I clung to that buoyancy. I could still smell the fresh baked bread and that delectable taste of molten chocolate. I couldn’t wait to sing “Bonsoir’’ to my friends.

I closed my eyes and held onto images of Monet’s “Water Lilies’’ and thoughts of Baldwin and Richard Wright talking black creativity over cocktails back in the day.

Yes, I found happiness in France. And I smiled when my feet touched the cobbly sidewalks of Boston again, too. I’m back in Massachusetts, where Belinda Sutton successfully petitioned the courts for her promised pension when her master died. Reparations. There’s a lot of ways to fight back the system that seeks to singe our spirit.

In America, in France, all around the world, I know this truth to be self-evident:

Despite all people being created equal, it is not our lived experience. From sea to shining sea, black is black, and we deserve joy and we deserve to be free.