A leader — and fervent protector — of firefighters 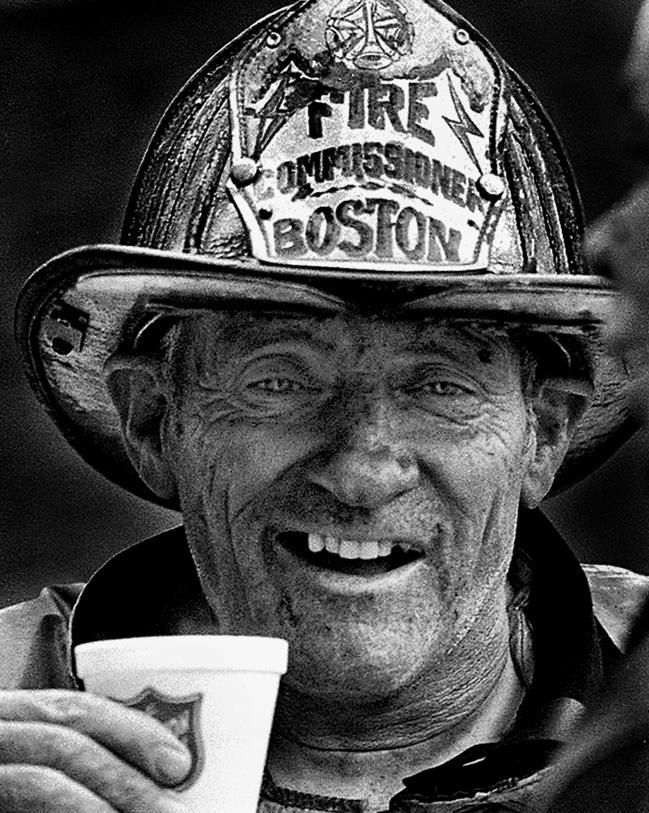 Mr. Stapleton served as commissioner of the Boston Fire Department from 1984 to 1991. 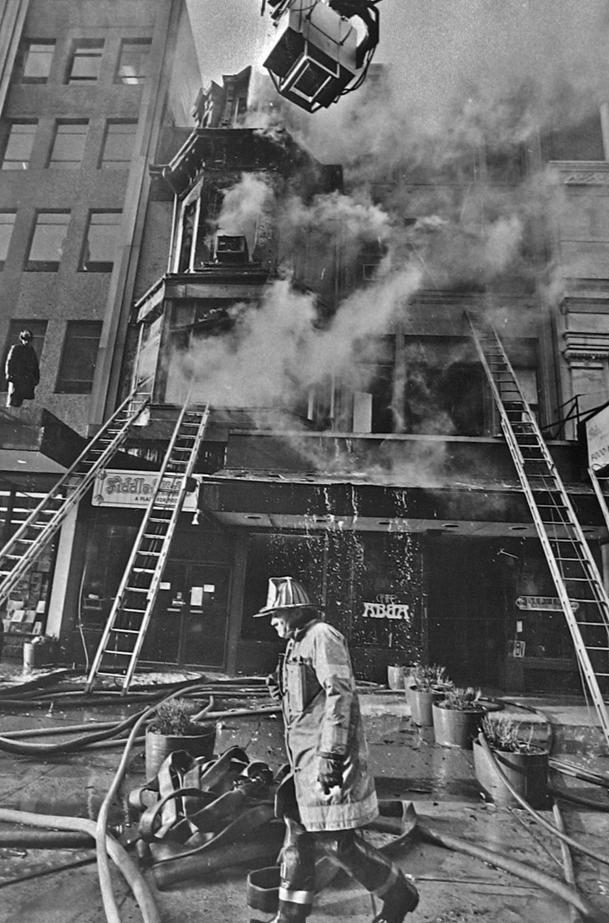 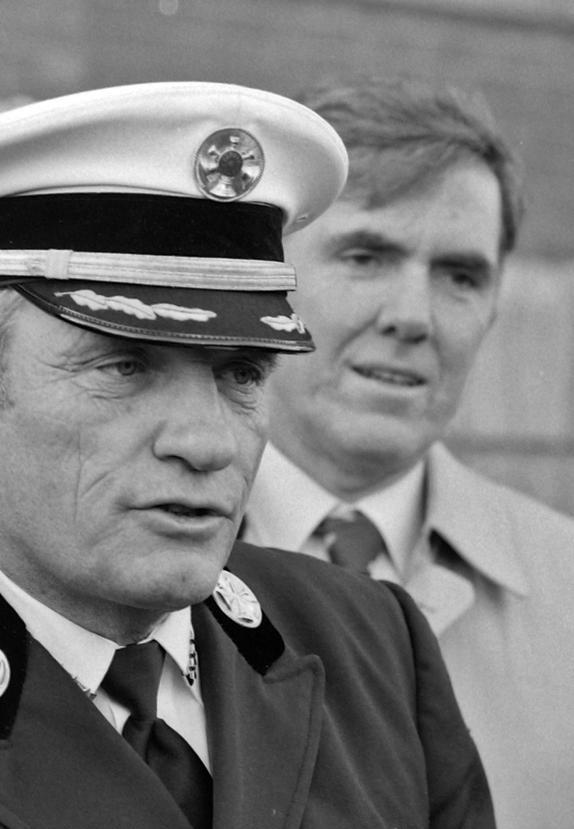 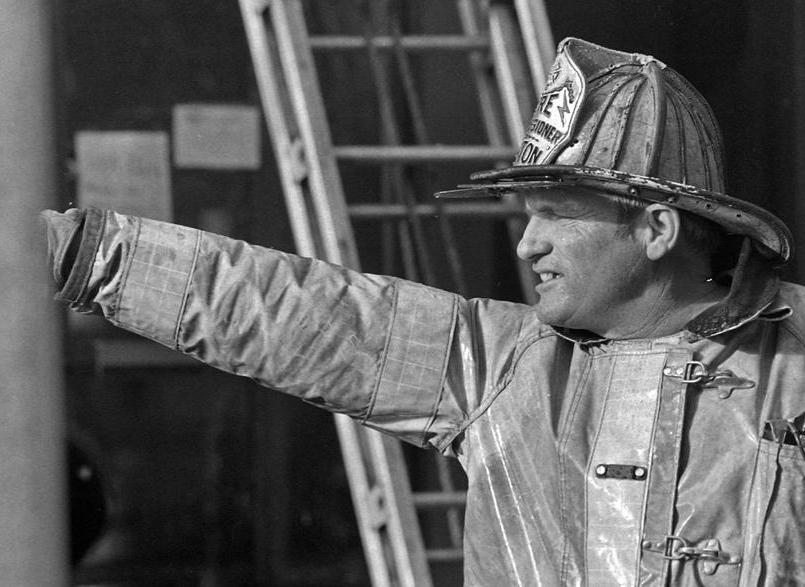 Mr. Stapleton continued to work major fires after becoming the head of the department.

On the cusp of retirement, Leo Stapleton sat at the kitchen table in his South Boston home and spoke of the harsh reality firefighters face call after call. “Life is tenuous,’’ he said over coffee.

In nearly four decades as a firefighter who rose to become commissioner of the Boston Fire Department, he helped save countless lives. And inevitably there were those who lost their lives despite the department’s best efforts — a burden he found ways to endure.

“I’ve always felt that if we gave it our best shot, if we’ve done everything humanly possible to save a life,’’ he said, “then I am at peace with myself.’’

Mr. Stapleton, who wrote 11 books about his experiences as part of a multi-generational family of Boston firefighters, was 93 when he died in South Shore Hospital Monday. He had lived in Weymouth and his health had been declining the past four years.

“He was revered and loved by fellow firefighters,’’ said former mayor Raymond L. Flynn, who appointed Mr. Stapleton commissioner in 1984.

“In all the years I was in politics I can’t remember a person with that amount of integrity and professionalism,’’ Flynn said. “He did such a phenomenal job of making the Boston Fire Department, I think, the best in the country.’’

Along with setting leadership standards as deputy chief from 1968 to 1984 and commissioner from then until 1991, Mr. Stapleton left a legacy of protecting firefighters through technical innovation and legislative initiatives.

Working with researchers from NASA, Harvard University, and the Massachusetts Institute of Technology, he was a leader in efforts to create a better breathing apparatus for firefighters.

“He developed what we all ended up wearing,’’ said his son, Leo Jr. of South Boston, a retired Boston Fire Department lieutenant.

Mr. Stapleton also was a driving force pushing the Legislature to toughen laws requiring sprinkler systems for taller buildings — especially after the January 1986 fire on the 14th floor of Prudential Tower, which was then not outfitted with sprinklers. He was the officer in charge of fighting that fire.

“Any firefighter you talk to will tell you how effective sprinklers are,’’ he told the Globe in December 1990, about a week before he retired. “If every building had sprinklers, it’s my opinion that in 50 years there wouldn’t be many firefighters left. They’d all be doing other things, like emergency medical treatment or handling hazardous materials.’’

Mr. Stapleton “was an outstanding guy. His leadership style was fantastic,’’ said Paul Christian, who was Boston’s fire commissioner from 2001 to 2006.

Christian, who grew up half a block away from Mr. Stapleton’s family in South Boston, considered him a friend and mentor.

“He was really highly regarded by all of the troops — the officers and all the men and women who worked under him,’’ Christian said. “They held him in high esteem because they knew he was looking out for them.’’

Among the ways Mr. Stapleton did that, he added, was building the department back up after it was hit hard by Proposition 2½ budget cuts, including replacing trucks in the department’s 57 engine companies and increasing the number of firefighters.

“He brought so much confidence and professionalism into the department,’’ Flynn said.

The second of four siblings, Leo D. Stapleton was born in Boston on Sept. 30, 1927, and grew up in South Boston, a son of John V. Stapleton and Florence McDonough.

Appointed Boston’s fire chief by Mayor John B. Hynes, John Stapleton served from 1950 to 1956 during a 32-year career with the department.

Leo Stapleton graduated from South Boston High School and served in the Navy in the Pacific Theater during World War II.

He didn’t immediately enter the Boston Fire Department upon his return. His father had been seriously injured when a wall collapsed in a 1942 fire.

While John recuperated, the Cocoanut Grove nightclub burned a week later, killing 492 people. That was enough to prompt him to encourage young Leo to find another occupation, and he did so for a while, working as a glazier until joining the department in 1951.

“He had a real passion for it,’’ said Leo Jr., whose brother Garrett of Weymouth also is a retired Boston firefighter. “I was lucky I had a chance to work with my father in the field.’’

“She lived on K Street and he lived on L Street. Alphabetically they were related,’’ Leo Jr. quipped. “She always used to talk about seeing my father when he’d be walking by the house on K Street and she’d be looking out at him. One day her mother said, ‘Why don’t you go get him?’ And she did.’’

Before becoming deputy chief and then commissioner, Mr. Stapleton served as a lieutenant, captain, and district chief.

Along with memberships in national professional organizations, he had been a guest lecturer at the Harvard School of Public Health and was a sought-after speaker by fire departments and organizations for seminars and conferences across the country.

His 11 books included “Thirty Years on the Line,’’ “Commish,’’ and “Jakes’’ — a title drawn from a nickname for firefighters. “This book is named and dedicated to all Boston Jakes, past, present, and future,’’ he wrote in 1994.

“To be able to work at an occupation which brings tremendous personal satisfaction, and to enjoy the association with the marvelous people we have been privileged to work with, makes firefighting enviable to those sentenced to much more mundane walks of life,’’ he said in accepting the award.

In addition to his sons Leo Jr. and Garrett, Mr. Stapleton leaves two daughters, Jennifer Salman of South Boston and Amanda Sullivan of Kingston; another son, Edward of Georgia; 13 grandchildren; and 17 great-grandchildren.

A funeral Mass will be said at 11 a.m. Saturday in St. Brigid Church in South Boston. The Mass will be livestreamed, and a link will be available at www.gateofheavenstbrigid.org.

Mr. Stapleton never tired of fighting fires. Even after becoming commissioner he worked all fires that reached three alarms or greater — 148 during his commissioner tenure. He found doing so less stressful than budget hearings.

“People think there’s a lot of tension at the fire, but that’s not where the tension is,’’ he said in December 1990. “When you leave your home at 3 o’clock in the morning and you know that you’re going to something very serious, you’re going to be tense. But once you get there, you get caught up in it, and you feel like you’re solving the problem.’’

Though such work often put his life on the line, “I wasn’t afraid of dying,’’ he told the Globe.

Indeed, through his efforts improving the standard breathing apparatus and pushing for stricter sprinkler legislation for high-rise buildings, “I’d like to think that part of my legacy will be fewer firefighter injuries and deaths,’’ he said. “I’d be proud to be remembered for that.’’

Bryan Marquard can be reached at bryan.marquard@globe.com.