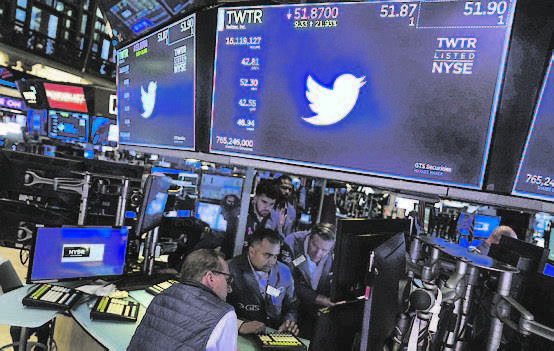 Twitter’s workforce is likely to be hit with massive cuts in the coming months, no matter who owns the company, interviews and documents obtained by The Washington Post show, a change likely to have major impact on its ability to control harmful content and prevent data security crises.

Elon Musk told prospective investors in his deal to buy the company that he planned to get rid of nearly 75 percent of Twitter’s 7,500 workers, whittling the company down to a skeleton staff of just over 2,000.

Even if Musk’s Twitter deal falls through – and there’s little indication now that it will – big cuts are expected: Twitter’s current management planned to pare the company’s payroll by about $800 million by the end of next year, a number that would mean the departure of nearly a quarter of the workforce, according to corporate documents and interviews with people familiar with the company’s deliberations. The company also planned to make major cuts to its infrastructure, including data centers that keep the site functioning for more than 200 million users that log on each day.

The extent of the cuts, which have not been previously reported, help explain why Twitter officials were eager to sell to Musk: Musk’s $44 billion bid, though hostile, is a golden ticket for the struggling company – potentially helping its leadership avoid painful announcements that would have demoralized the staff and possibly crippled the service’s ability to combat misinformation, hate speech and spam.

The impact of such layoffs would likely be immediately felt by millions of users, said Edwin Chen, a data scientist formerly in charge of Twitter’s spam and health metrics and now CEO of the content-moderation start-up Surge AI. He said that while he believed Twitter was overstaffed, the cuts Musk proposed were “unimaginable” and would put Twitter’s users at risk of hacks and exposure to offensive material such as child pornography.

“It would be a cascading effect,” he said, “where you’d have services going down and the people remaining not having the institutional knowledge to get them back up, and being completely demoralized and wanting to leave themselves.”

On Thursday evening, Twitter’s top lawyer Sean Edgett sent out a note to all employees saying the company did not have any confirmation from Musk about his plans.

Twitter’s own, smaller-scale “cost savings discussions” were put on hold once the merger agreement was signed, Edgett said, according to an email viewed by The Post. In internal Slack groups, Twitter employees reacted to the news with anger and resignation, supporting each other and making jokes about the turmoil of the past few months, according to people familiar with the conversations.

Twitter and Musk are expected to close the purchase by next Friday.

Planning for the closing is moving forward in apparent good faith after months of legal battles, say people familiar with the negotiations who spoke on the condition of anonymity to discuss internal deliberations. If the deal closes, Musk would immediately become Twitter’s new owner.

Twitter did not immediately respond to request for comment.“The easy part for Musk was buying Twitter and the hard part is fixing it,” said Dan Ives, a financial analyst with Wedbush Securities. “It will be a herculean challenge to turn this around.”

Nell Minow, a corporate governance expert who is vice chair of ValueEdge Advisors, said Musk was likely shopping ambitious plans to potential investors but will face challenges in implementing his proposals.

“He’s got to be able to show if he makes those cuts, what happens next?” she said. “What’s he gonna replace it with, AI?”

Company executives have repeatedly told employees that there are no immediate layoff plans during town hall meetings.

In the one town hall he attended in June, Musk was asked a question about layoffs. He answered that he didn’t see a reason low performers should remain employed.

But the new details, which reflect conversations over the last few months, highlight the extreme nature of Musk’s planned transformation of Twitter amid the challenge of making the long-struggling company more profitable. Twitter has never achieved the profit margins or size of other social sites like Meta and Snap. And Musk’s plan to take the company private – freeing it from having to please Wall Street – was a key reason former CEO and co-founder Jack Dorsey got behind Musk’s bid.

Musk and his representatives did not respond to requests for comment.
The months-long roller-coaster saga of Musk’s on-again off-again bid for ownership – coupled with a tense legal battle – has left Twitter battered and bruised. It faces significant worker attrition, slowed hiring, stalled projects and a volatile stock price.

Recently Andrea Walne, a general partner at Manhattan Venture Partners, a firm that has invested in the deal, told Business Insider that she thinks Twitter is worth only $10 billion to $12 billion and that other partners were trying to get out. Musk himself said that he and his investors were “obviously overpaying” for the site during Tesla’s earnings call on Wednesday. Walne did not respond to requests for comment.

Musk has suggested he’ll loosen content moderation standards and favors restoring former president Donald Trump’s account (on Tuesday he posted a meme of himself, Kanye West and Trump each holding a sword for the social media company he owns or is in the process of purchasing).

Musk has told investors that he plans to double revenue in three years, and would triple the number of daily users that can view ads in the same period, though he’s offered scant details on how he would accomplish those goals.