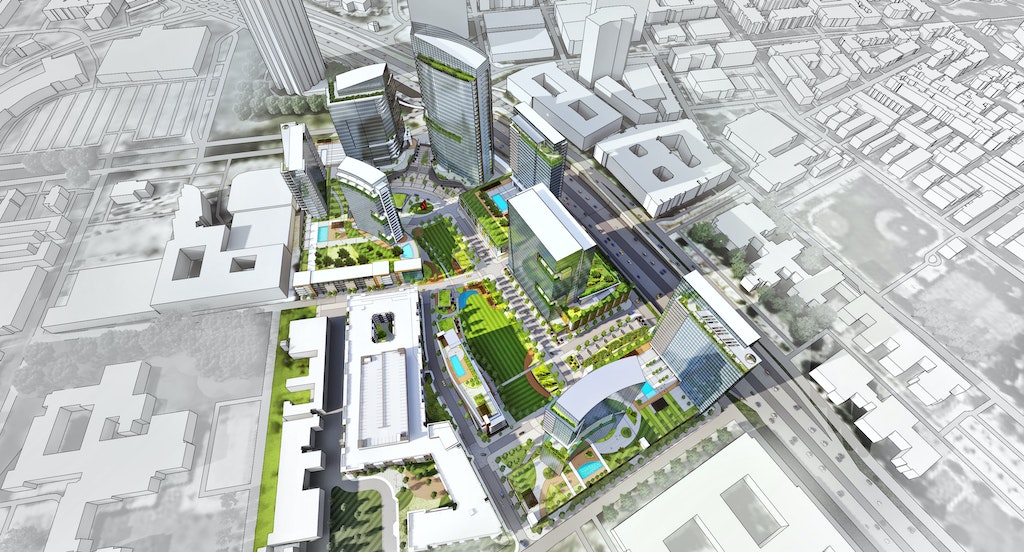 The 27-acre The Central project on U.S. Highway 75 is planned around a park. Dallas apartment builder StreetLights Residential is seeking zoning to build more than 20 stories for the project. (De La Vega Development)

The apartment tower will be built near North Central Expressway in a $2.5 billion mixed-use development on Haskell Avenue north of Cityplace called The Central.

Plans for the 27-acre development include residential, office and hotel towers plus retail, and it’s a project of De La Vega Development.

Dallas apartment builder StreetLights Residential is seeking zoning to build more than 20 stories for the project.

The rental project would include 351 units plus retail space just to the north of Haskell.

StreetLights Residential would start work on The Central tower as early as this summer, according to planning documents filed with the state.

StreetLight’s planned building will be the first high-rise in The Central development.

Irving-based apartment builder JPI has built a 430-unit rental community next to the site, east of North Central Expressway.

The Central is one of the largest developments in the works in the area just north of downtown Dallas.