Open field for the imagination 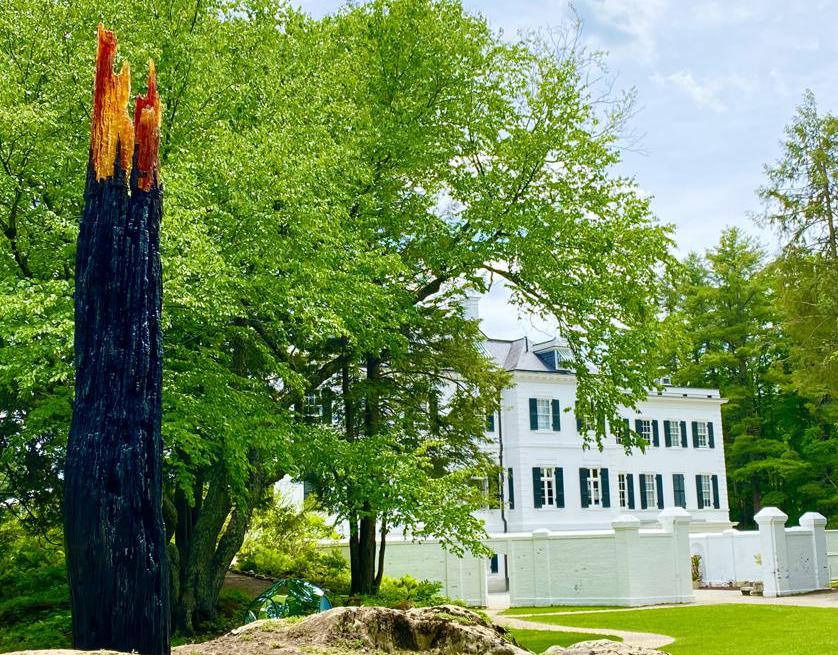 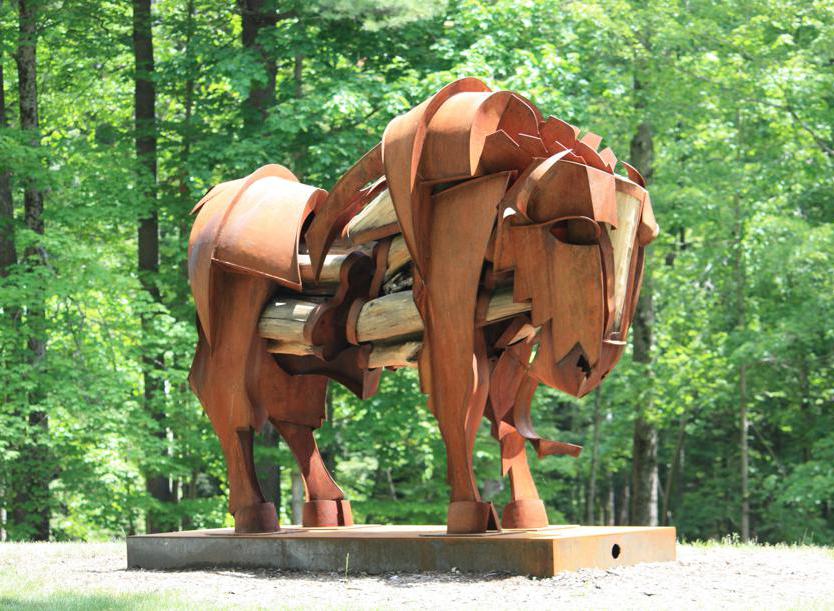 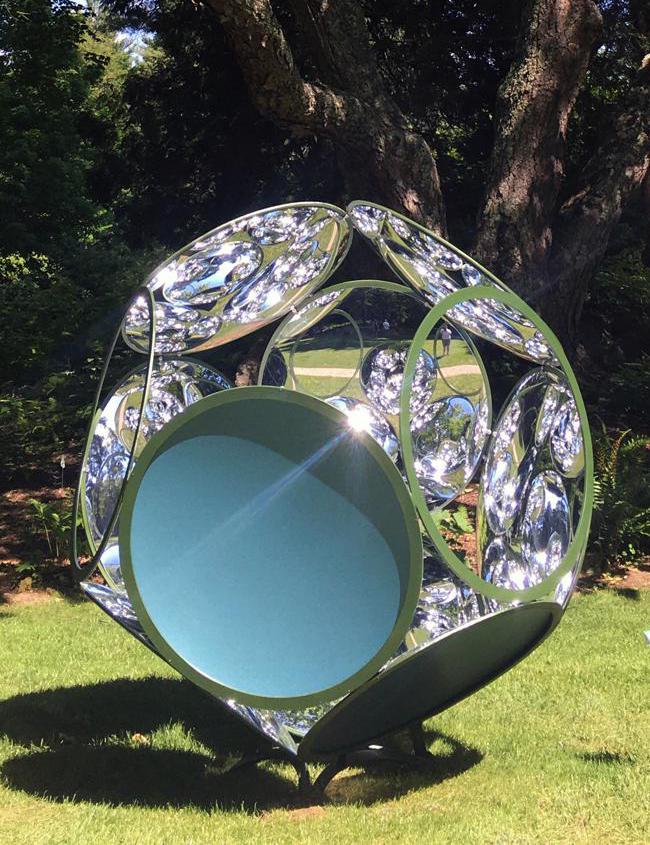 LENOX — Visiting a good sculpture park is like dropping into a fairyland. You gambol over hills, wander through gardens and groves, and discover art that’s fey or austere, lustrous or peculiar. Often, that art may be as big or bigger than you, insisting on conversation.

“SculptureNow’’ returns this summer to the Mount, Edith Wharton’s home in Lenox, after taking the pandemic year off. It’s an enchanting escape.

The exhibition, juried by a committee of 10 people from the Mount and SculptureNow, an arm of the nonprofit Berkshire Taconic Community Foundation, brings sculptures from around the country to Wharton’s grounds and sites them along a trail nearly half a mile long. It skirts woods, loops along a brook, through the flower garden, and up behind Wharton’s mansion. There’s no particular theme to the show, now in its ninth year at the Mount. That variety is effective; the show becomes an open field for the imagination as abstract and representational works, or sculptures in a range of mediums, strike different perceptual chords, harmonizing.

Wharton considered herself a better landscape gardener than a novelist. She wrote in her memoir that even as a child she “was tremblingly and inarticulately awake to every detail of wind-warped fern and wide-eyed briar rose.’’ She studied gardens, and wrote a book, “Italian Villas and their Gardens,’’ published in 1904. The Mount was a laboratory for ideas she learned in Europe, including a sunken Italian garden, a French flower garden, and a terraced lawn outside the house, all aimed at a poetic exchange between manmade and natural.

Siting art along the walkway and on the sloping greens is the perfect way to extend that consonance. Wharton might have particularly enjoyed the big, languorous nylon blossoms drifting in the breeze on steel stalks in Daina Shobrys’s “Siberian Irises,’’ or Natalie Tyler’s torchlike “WildFire,’’ flame-colored glass mounted on a great scorched log, which flares to life when the sun hits it.

As a historic site of artistic percolation, the Mount has an air of ferment. Here, artists stitch meaning from mere scraps of ideas or materials. Look at Robin Tost’s “Spirit Bear,’’ which is indeed a kind of quilt. Tost punched scraps of metal with a drill press and sewed them together with wire onto a steel armature — hard labor to spin a spirit. It’s pale, grave, and patched with stars snipped from colanders, Ursa Major alighting at the edge of a woods.

It’s a canny move to populate a landscape with animal sculptures. They look right at home even if they belong in the skies or on the plains. James Burnes crafted “Effram,’’ a brawny bison, from steel and locust wood. The rusty steel curls and arcs, elegantly describing the beast from its heavy head to its ample flanks. But open areas in the torso reveal logs of weathered, knotted wood, looking like lean musculature. The steel has grit and power; the wood seems to breathe. Together, they bind into a symbol of strength.

Imagine being at the Mount at night, encountering these beasts by moonlight. Eliza Evans’s “Artefactual’’ makes for another unnerving apparition. Evans created forms from digital scans of her own body, pieced together from foam and sealed inside the airtight white film used to winterize boats. Three of these figures stand apart from each other in a grove of trees. They are not quite articulated but recognizably human, constrained by shrink-wrap in the midst of their coming-to-be. Thwarted and stuck, they could be the three main characters in Wharton’s “Ethan Frome’’ haunting the woods.

Wander into the capacious stable, and you’ll find Molly Rideout’s “The Farewell,’’ which is a separate exhibit but fits right into the reverie. Rideout, the 2021 Edith Wharton Writer-in-Residence at the Mount, put together this installation of her lyrical text on windows here and at the Bookstore in Lenox, meditating on love, age, gender, and power, weaving stories of Wharton’s Lenox with those of her own life.

Literary and representational works inhabit the imagination with stories; the abstract art in “SculptureNow’’ flirts with the mind and turns reality inside out. James Payne’s “Unrealized,’’ a helix of giant, blue-painted wooden poles joined by hardware, is a work with spritely heft. It fans open on the Mount’s back lawn, like railroad ties rising to dance. Frank Raczkowski’s “Perception Has Weight,’’ a giant polyhedron, its sides made of circles — some mirrored, some opaque, some empty — creates endless reflections of sky, earth, and self that produce a confounding yet dazzling picture of a multiverse.

That’s ideally what art does — expands us into different versions of ourselves. A summer’s day among the sculptures at the Mount sets the scene. The rest is up to us, and serendipity.