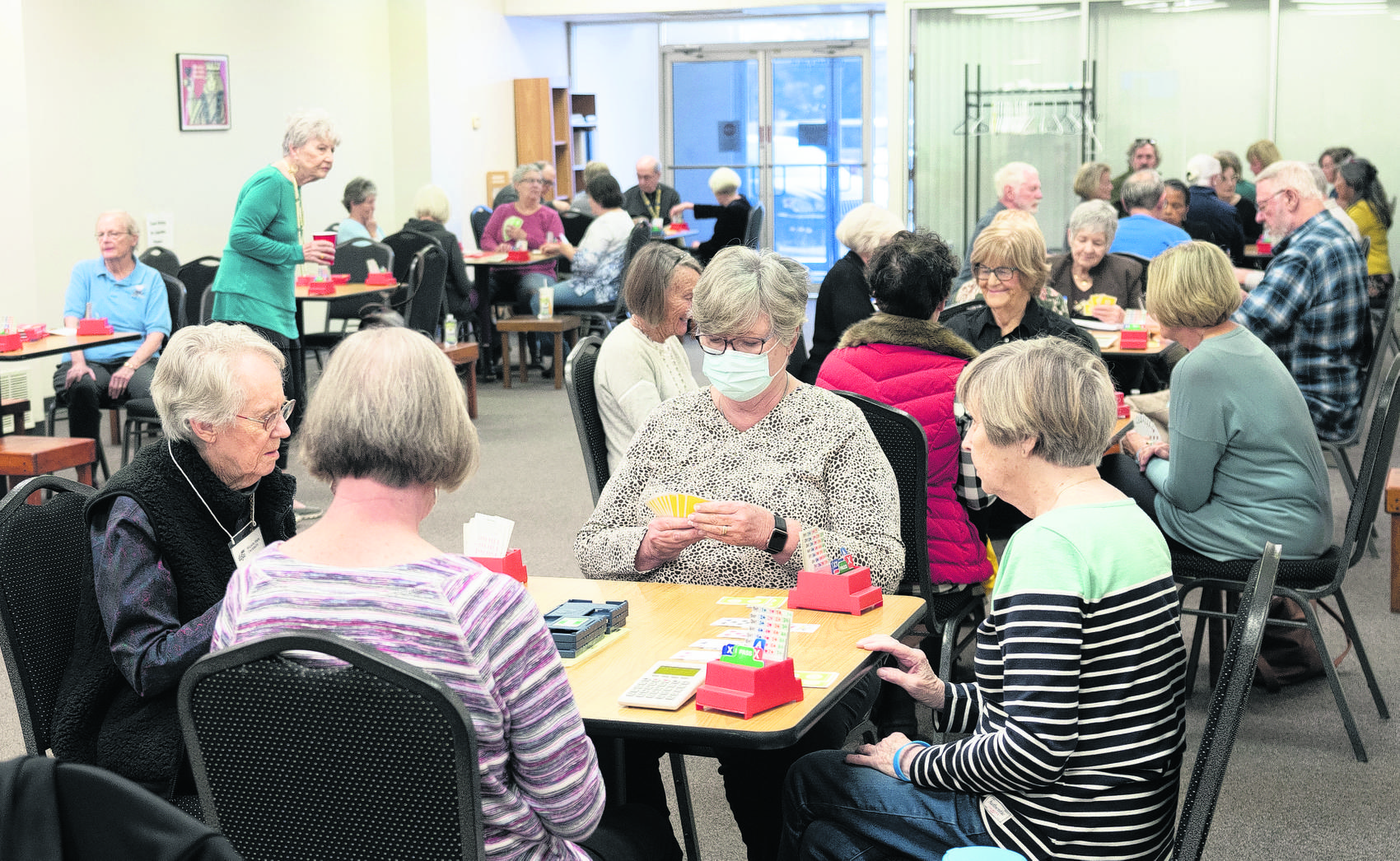 The Wichita Bridge Center terminated its Parklane Shopping Center lease at the beginning of the pandemic but now has signed a new lease for the same space.

When the coronavirus pandemic struck in March 2020, the Wichita Bridge Center was five months away from the end of its lease at the Parklane Shopping Center at Lincoln and Oliver.

“Not knowing the future, we did not renew the lease,” said player Charles Wiggins.

In fact, the center terminated the lease early.

When things looked more hopeful late this summer, the center signed a new lease at Parklane.

It was happy news to many players.

“We really missed playing in person because those are all our friends,” said player Robert Ellison.

However, games aren’t as well attended as they were before the pandemic.

“It’s been a struggle,” Wiggins said. “Some just haven’t made their way back yet.”

He said proof of a vaccination has been a hurdle.

“We’ve lost some longtime bridge players because of that. We had no real choice aside from that being the right thing to do.”

Wiggins said the center would have lost even more players if unvaccinated ones had been allowed in.

There’s a bigger issue than that, though, and that’s the age of the players — at least the ones who are left.

Not everybody, but it’s an ongoing issue.

“That’s the difficult part of this sport is getting new players who are of a young age,” Ellison said.

At Parklane, the only change with the new lease is the center now has a room exclusively for teaching new players and others who want to improve their games. There’s a smart TV so players have the ability to share instructions and hands from their smart devices.

Around 2015, Beck took a beginning bridge class at Wichita State University, which acts as a feeder to the center, and now teaches the WSU class.

“The game has been delightful to learn, and we all keep helping each other get better and better at it,” she said.

Beck helped the center transition to online during the pandemic.

“We learned how to do what you needed to do to have the games online, which was very difficult.”

She said it was worth it for how much fun it was and how it’s helped change the game in Wichita.

“As people get older, it allows them to have some options,” Beck said. “It has transformed bridge as we are moving forward.”

There are a variety of games and classes at the center, though not quite enough games to suit Ellison.

“I could play seven days a week,” he said.

The center usually operates more like five days a week.

The games are a form of bridge called duplicate bridge, which Beck said is different than the party bridge or contract bridge her parents used to play.

“There was some skill to it, but if the cards went in one direction . . . that was kind of it.”

The more advanced skill that duplicate bridge takes is also what makes it more fun and interesting, Beck said.

“That is what really hooks the players.”

Ellison said bridge is dynamic and “quite an intellectual game.”

For the elderly, he said bridge is helpful “to keep sharp and to meet friends.”

For younger people, Ellison said the competition can be fierce at competitive levels.

Wiggins said the center has plans for more lessons in 2022, and she said the number of games will expand, too.

“We have had more people become directors so that we can have help with starting up more games,” she said. “So that’s exciting to have some new ones understanding how they can start up a game and help it be convenient for different people’s schedules.”

First-time players at the center don’t have to pay. After that, it’s $7 for three to four hours depending on the game.

When Beck was a new player, she said she worried some players would judge her, but she was wrong.

“I feel as if everyone is so welcoming,” she said. “I would say that it is a game changer because it is like a whole new family of friends.”

If something happens in her life, Beck said her fellow bridge players are who she wants to tell.

“It’s like I share some of my most exciting things,” she said. “It tends to be a very caring group from all walks of life.”

Beck said there are some younger players, and she hopes more join.

Wiggins said he hopes more join to enjoy the game and help keep the center at Parklane.

“We’re still trying to build it back.”

The center has an option to opt out of its five-year lease after one year, although it would have to pay a penalty.

Wiggins said he’s hopeful the center won’t have to exercise that option.