For Roxbury institution, a new beginning
Alpha & Omega hung on so improbably for so long it seemed like the mom-and-pop sneaker store would last forever. Yet its ties to the community remain. 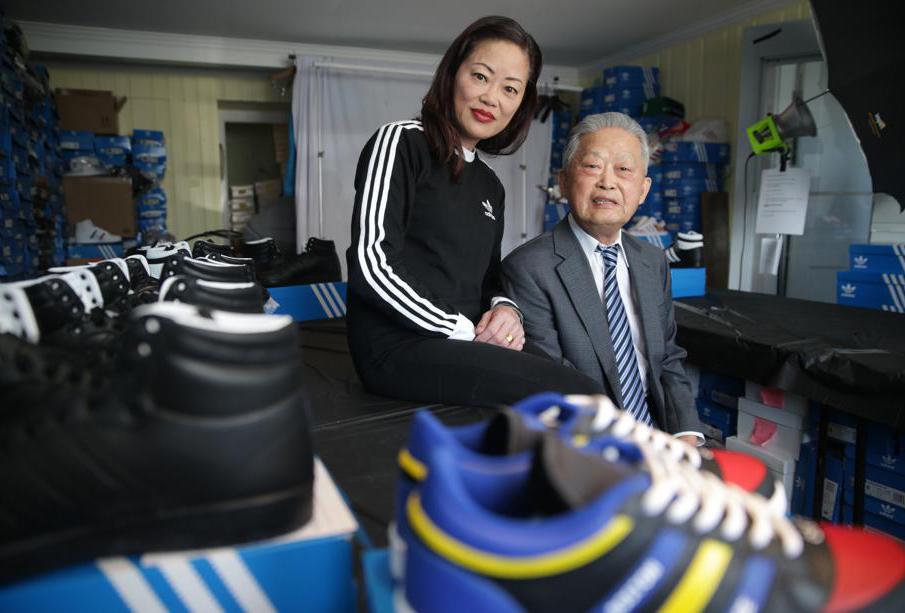 Kim Sop, owner of Alpha & Omega, a sneaker store he started in Roxbury in 1977. 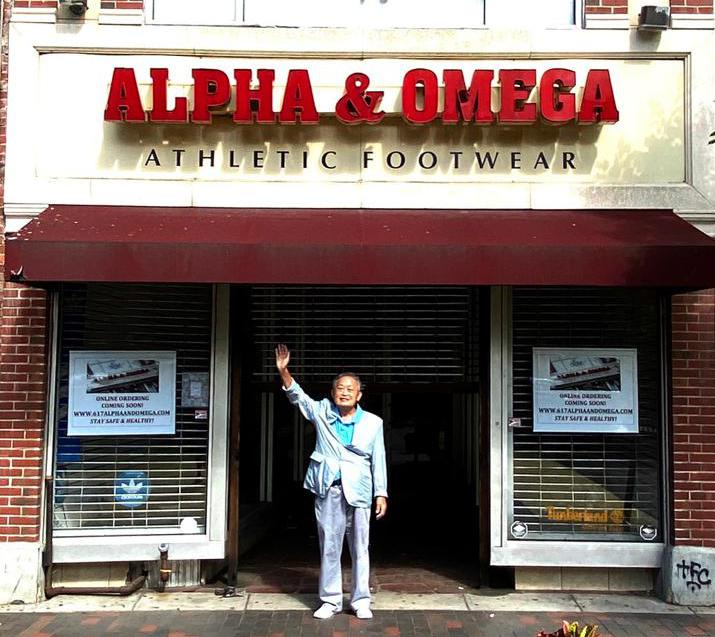 Kim Sop on his last day at the brick-and-mortar Alpha & Omega, the sneaker store he ran in Roxbury for decades.Kat Kim with her father, Kim Sop, at their Scituate home, which has become the base of operations for their now online business.

It was never reasonable to expect Alpha & Omega to live up to its name.

Nothing is forever, after all. Especially not a mom-and-pop sneaker store dating back to 1977.

And yet. Alpha & Omega, in the heart of Dudley — now Nubian — Square in Roxbury, spent decades surviving ludicrous odds. As did owner Kim Sop, a man who arrived from Korea in 1969 with a few bucks in his pocket and within a decade had made his store a mecca for a community with an almost religious devotion to Adidas Top Tens.

Recessions, chain stores, fads, the Internet — nothing moved the man or his business. He kept showing up, six days a week, parking himself beside his old-school cash register, greeting customers — then their children, then their grandchildren — by name, offering the latest kicks, spot discounts, jobs, and a sense of permanence that was increasingly scarce.

“That store is like sacred ground,’’ said Rodney Jackson, 52, whose mother first took him into Alpha & Omega for suede Pro-Keds when he was “a snotty-nosed’’ kid. “Mr. Kim fitted Boston. He fitted Roxbury. He tapped right into us, and paid attention to us.’’

You know where this is going, right?

It’s worse than you think — but also better.

When the pandemic first began, Kim was certain that whatever lockdown the governor had ordered did not apply to him and his store. Neighbors in a shuttered Roxbury called his kids to tell them their 77-year-old father was back behind the counter. They hid his car keys, but he found spares, and kept rolling up those shutters on Washington Street.

“He was thinking of that one customer who might need something,’’ his daughter Kat recalled. Police officers were more persuasive. Eventually even Kim could not deny the disaster that kept him housebound. The transition was as hard for him as it was for everyone who had poured their lives into businesses that were now shuttered indefinitely and in danger of going under. Kat — her own photography business frozen — took up the full-time job of applying for loans and grants to keep Alpha & Omega afloat. But as the pandemic dragged on, it became clearer that it was going to be very hard for the store to come back, and the family started entertaining offers for the building.

In June, Mr. Kim landed in the ER, gravely ill. For a while, his family thought they’d lose him. By the end of the summer, he was diagnosed with cancer. He needed surgery, and months of treatment. Getting through all of that became his new full-time job. The family accepted an offer on the building.

But they weren’t the only ones hurting. Their community was being pummeled by COVID, people’s health and finances ravaged by the virus. And so, on their way out of the square, Alpha & Omega did what they’d always done.

“It became our mission to give back to the community that had supported us,’’ Kat said. They said yes to just about everybody who asked for their help. So far, the store has donated more than 1,000 pairs of sneakers and hundreds of clothing items to local charities helping folks in the neighborhood and beyond. Roxbury Main Streets just gave the store its Volunteer of the Year award.

It took six 26-foot trucks to move the rest of the stock — some of it vintage treasure that had been long forgotten — out of the building and into the basement of the family’s home in Scituate. And Kat set about taking stock (taking inventory had been a haphazard, manual affair before) and moving her father’s beloved business online.

Where it has blown up beyond their wildest expectations.

“We can’t keep up with our orders,’’ Kat said, sitting beside her father on a Zoom call last week. Behind them, several workers were filling orders and customizing shoes, painting and adding lettering to limited-edition Boston- and Roxbury- themed Top Tens.

Many of their old customers have found them — as have their friends and relatives as far afield as Detroit and Atlanta. They share memories of the Kims and their visits to the store on Alpha & Omega’s Facebook page.

“It’s been so heartwarming for us to have this kind of love from our old school customers, supporting us to help us stay afloat,’’ Kat said. Her father is amazed at the success of the custom sneakers, and at the new reach of a store that was all about one neighborhood in one city for so long.

“We didn’t know we were going to be walking down this path,’’ Kat said. “But all of the ducks lined up beautifully.’’

She hand-delivers sneakers to some delighted longtime customers, and sometimes Mr. Kim rides along. It’s lovely to have that fleeting contact, but it doesn’t compare to the hours each day he’d spend talking with folks in the crammed, no-frills store in the square.

“I still feel a little bit unhappy,’’ Kim said. “I love Dudley Square. I wanted to be there until I died. I miss all my customers, you know?’’

He runs into them all over the city, still. Including, most recently, at chemotherapy. They all grieve the same loss.

“It hurts my heart,’’ said Rodney Jackson. “It’s memories, man, walking through those same doors with my mom who has passed, on those exact tiles, touching those exact same counters with friends who have passed. It saddens a lot of people.’’

Ask him how his treatments are going and Kim says he’s “a little tired, but I beat it up.’’ He has plenty to look forward to. His 50th wedding anniversary is coming up. And on June 17, after his chemotherapy is over, the family is hoping to sponsor an event at Washington Park to celebrate Kim, Boston, and the Adidas sneakers that bound him to the neighborhood.

It will mark what everyone hopes is the close of a difficult period for the Kims, and for their customers. It’s an ending for Alpha & Omega, but a beginning too: Omega and Alpha.